For German patent attorneys, the travel and contact restrictions resulting from the coronavirus pandemic could lead to a locational advantage. No competitive edge is evident yet - but video-streaming-savvy Boards of Appeal hearings at the European Patent Office are beginning to point to the first trends. 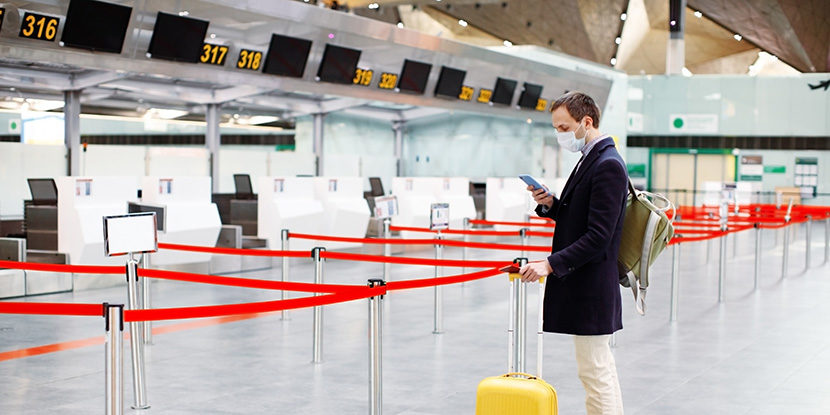 This year, despite the coronavirus pandemic, German patent attorneys are making good use of their prime locations ©Evgenia/ADOBE STOCK

Decisions on AI, patentability of plants and CRISPR/Cas. This year, the EPO has taken a particularly large number of landmark decisions. While the Federal Patent Court is still contending with criticism of the length of its decisions, and a reform of the German bifurcation system is imminent, the market is waging ongoing criticism of the EPO’s Boards of Appeal.

During the coronavirus pandemic, the Boards of Appeal found a new rhythm to suit their international clients comparatively fast. For several month, the judges did not conduct any hearings. But then the Boards of Appeal found a new way to conduct hearings with restrictions on the number of people present. Sometimes, the hearings were in combination with video conferencing. However, German patent attorney firms are making better use of their potential locational advantages than ever before.

In the chemicals and pharma sector, CRISPR/Cas technology has led to one of the most ground-breaking and high-profile battles. Last week, the EPO Boards of Appeal released its written decision in T844/18.

At the beginning of 2020, the EPO rejected the appeal on an important CRISPR/Cas case. While the Broad Institute relies on a defence team led by Belgian law firm De Clercq & Partners, most other players rely on German patent attorneys. Among the patent attorney firms excellently positioned in these proceedings are Vossius & Partner, Maiwald, df-mp Dörries Frank-Molnia & Pohlman, Cohausz & Florack and Michalski Hüttermann & Partner.

One of 2020’s most controversial and political decisions concerned international conglomerate Bayer, whose IP team is based in Germany. With the decision 3/19 on plant patents, the Enlarged Board of Appeal decided that plants and animals obtained from essentially biological processes are not patentable. This decision contradicts earlier decisions of the court. Observers and affected parties, such as Jörg Thomaier, head of IP at life sciences conglomorate Bayer, criticised the decision as being highly politically influenced. He also suggested the decision was, in part, hostile to innovation.

In this environment, the latter could tend to mean less work for patent attorneys specialising in this area, for example at König Szynka, Cohausz & Florack or Uexküll & Stollberg.

Another landmark decision is that made by the Enlarged Board of Appeal on computer simulation applications, in G 1/19.

G 1/19 was the first live-streamed hearing that the Enlarged Board of Appeal opened to the public. An unlimited number of interested parties could register and follow the hearing. So far, no other court has taken this step. Therefore, the EPO court not only underpinned its pioneering role in providing technical support in hearings; it also positioned itself as more transparent to the public than other courts under coronavirus contact restrictions.

At the Federal Patent Court, for example, the public can only watch a video feed in an adjoining room inside the court. Here, the public cannot watch proceedings from home.

At the groundbreaking G 1/19, regular consultants were involved from a German-British team from Venner Shipley. It has since become common practice, at the EPO court especially, that two of a party’s litigators are present in Haar, while the other is present via video conferencing. Representatives report that the patent attorneys on site usually deliver all, or at least the most important parts, of the pleadings. This is in order to unleash their full power of persuasion.

After all, an on-site presence makes a different impact to a video screen. Furthermore, minor technical difficulties such as short interruptions in sound remain common.

German patent attorney firms are not yet seeing a real competitive advantage stem from their proximity in this practice. However, the constant change in restrictions increases the uncertainty foreign patent attorneys. The question of renumeration also comes into play. For example, quarantine and travel regulations make travelling more difficult.

However, on 10 November 2020 the EPO decided that, from January 2021, all oral proceedings before examining and opposition divisions and consultations should take place by video conference. This decision could reduce the advantages of the Munich location for many patent attorneys.