Latest news on IP and coronavirus in Europe

Coronavirus is directly impacting many legal patent bodies and proceedings around Europe. JUVE Patent brings you the latest news regarding COVID-19, also known as coronavirus, and the IP market. 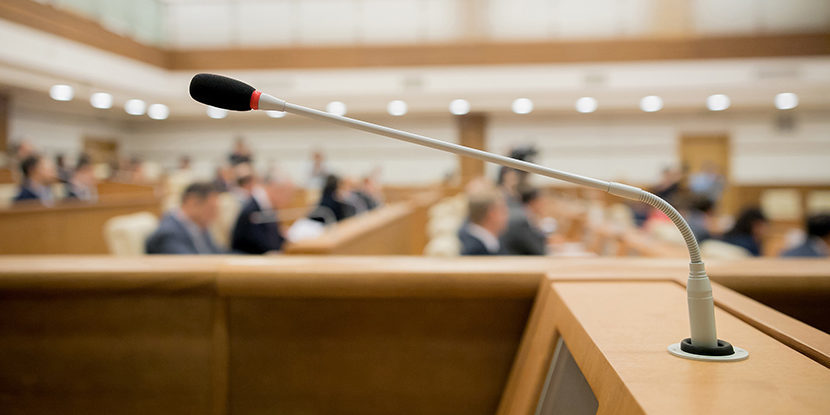 The spread of coronavirus, or COVID-19, is severely impacting the functioning of Europe's patent court ©Семен Саливанчук/ADOBE STOCK

A procedural hearing between Edwards Lifesciences and Meril Life Sciences took place via Skype, with presiding judge Colin Birss working in his home office. Katie Coltart, partner at Kirkland & Ellis, said on LinkedIn, [sic] “The Kirkland & Ellis London IP Litigation team had its first ever Skype hearing with the Court yesterday. It ran very smoothly. Barristers had cameras on at all times and mics on while speaking. Solicitors had cameras off (phew!), mics muted. The judge was in robes but the barristers wore suits.”

Courts in England and Wales will only hear urgent cases

The Guardian reports that courts are beginning to hear only the most urgent of cases. In England and Wales, this means the most serious criminal trials should be heard in front of a jury. For patent cases, it is widely expected hearings will be postponed until the near future. The lastest case to be heard in person, a pharmaceutical case between Akebia, Fibrogen and Astellas, ended last Friday.

Last week, UK prime minister Boris Johnson called for manufacturers to switch production lines to life-saving equipment such as ventilators. Now UK engineering group Smiths Group has made the IP covering one of its lines of ventilators, paraPAC, available to other manufacturers. The group is also scaling up production to meet demand.

In Germany, the Federal Court of Justice has postponed an oral hearing in the infringement and FRAND trial between Sisvel against Haier. The original date has moved from 30 March 2020 to 5 May 2020. The case is considered to be the leading case in the interpretation of FRAND in Germany, following the judgment of the CJEU in Huawei vs. ZTE in 2015.

On Twitter, the intellectual property office (IPO) of the UK government announced it remains functioning as usual. Its services are currently unaffected, although the announcement urges users to shift to online services and avoid personal visits. However, Algate Tower is currently non-operational. This is where tribunal hearings are heard, and was until last month planned as London’s UPC HQ. The IPO says hearings can be conducted via alternative methods.

The Dutch Patent Office remains staffed, but is ensuring most of its employees work from home following governmental advice. Staff members in the office will carry out tasks essential to the running of the office.

The European Patent Office is rescheduling of all oral proceedings in examination and opposition divisions until 27 March. This is unless the hearings have already been scheduled to be heard via video conference.

The German Justice Union (Justiz-Gewerkschaft), the trade union for the German judicial service, has demanded closure of the country’s courts for at least two weeks in light of the ongoing pandemic. According to newspapers of the Funke media group, chairman Emanuel Schmidt says,  “The acute corona crisis is a danger to employees in courts and public prosecutor’s offices. It is therefore now necessary to close the courts for at least two weeks.”

The Regional Court in Mannheim has suspended non-all urgent business until 19 April 2020. Only certain personnel are permitted to enter the court, for example participants and spectators of non-urgent cases. Personal contact with judges and press offices has all but concluded, although press offices and courts can be reached via email and phone.

Mannheim Regional Court has suspended two oral hearings in the ongoing case between Nokia and Daimler. The trial involved two patents, EP 21 45 404, and EP 12 73 199. The second trial had already been moved from 10 December 2019.

The Italian courts, including its IP courts, have declared there will be no more hearings until 15 April. This date is an extension of the initial advice to close the courts until 22 March. Initially, judges could decide to hold hearings in urgent cases, but now even preliminary injunction proceedings are being postponed. Now, between 15 April and 30 June, the courts could adopt further measures depending on the situation. This includes hearings held with lawyers and parties participating remotely, further postponement, or exchange of written submissions.

Courts in the Netherlands close

As of 17 March, all Dutch courts and tribunals will close, including patent courts. However, the Judiciary has announced that urgent cases will go ahead, e.g. where to omit a court decision would constitute a miscarriage of justice, albeit with no audience.

The Benelux Office for Intellectual Property (BOIP) will operate with severely reduced staffing levels. In a statement, the office said it “will not withdraw any requests or procedures because a given deadline has not been met,” and it will grant “an additional period of one month for all requests and proceedings for which the time limits have expired or which are less than one month at that time.”

A source has told JUVE Patent that judges at the patent courts in France await “strict containment measures as of tonight.” This is in-line with the latest announcements made by the French government and president Emmanuel Macron, who this evening is expected to confirm a 15-day quarantine period for its citizens, according to reports. 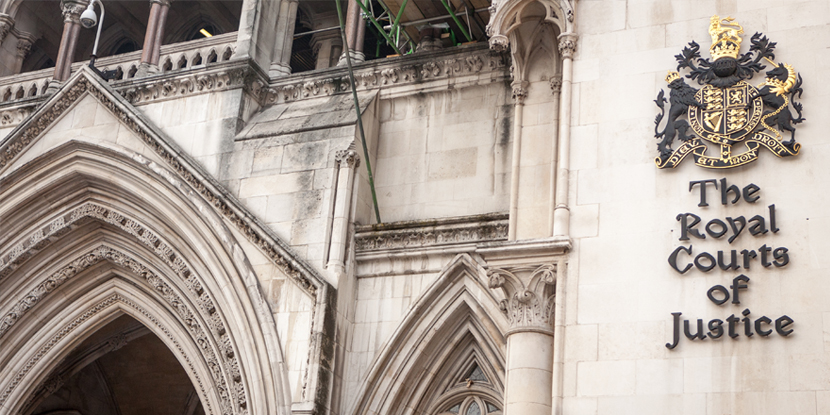 The Royal Courts of Justice houses both the High Court and the Court of Appeal in the UK ©pxl.store/ADOBE STOCK

Last week, the UK High Court heard the case between Akebia and Fibrogen, which is due to extend into this week. So far, the hearing is going ahead as scheduled. Also scheduled to be heard next week is the second trial in the Conversant vs. Apple case regarding FRAND. This case should also still be heard, although future decisions of the court depend on the latest advice issued by the UK government.

The Düsseldorf Higher Regional Court has restricted public traffic, requesting all submissions and requests be made by email, fax, post, and via its in-house post box. Meetings are postponed, although if this is not possible, the court states personal meetings can go ahead through prior appointment.

The DPMA (German Patent and Trade Mark Office) has closed its enquiry units and search rooms, with no consultations being held. The Arbitration Board of the DPMA has extended all open pleading deadlines under the Law on Employee Inventions until 15 May 2020. Parties do not need to request a separate deadline extension. 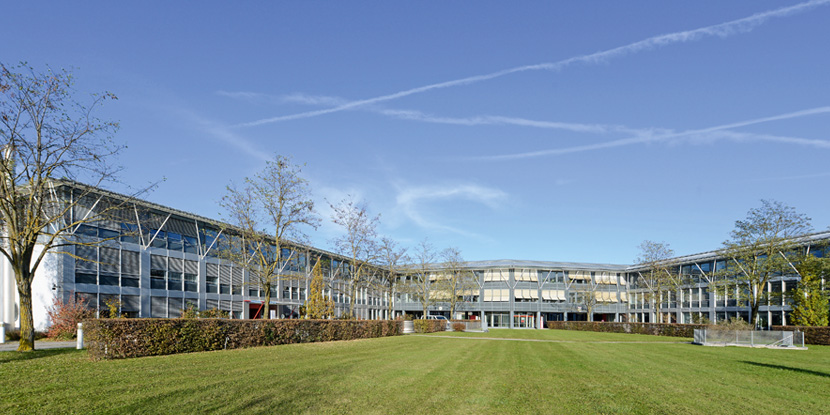 The EPO Boards of Appeal in Haar, Munich ©EPO

All Boards of Appeal hearings due to be heard between 16 and 27 March 2020 have been cancelled. The EPO says the president of the Boards of Appeal, Carl Josefsson, is continuing to take stock of the situation, with representatives from the boards contacting affected parties. Oral hearings in front of examination and opposition divisions will take place as scheduled.

The European Union Intellectual Property Office has extended its time limits for all proceedings occurring between 9 March 2020 and 30 April 2020. Time limits have been extended until 1 May, given what the EUIPO describes as “the extent and the status of the coronavirus disease (COVID-19) outbreak” which “constitutes an exceptional occurrence”.

The Higher Regional Court in Munich has released advice for its visitors, urging the public not to come to the court buildings unless absolutely necessary. It is offering a telephone service for those who need to get in contact. No other German courts have issued guidance as of yet.

Despite its deadline extension announcement, the EPO has confirmed it will still hear oral proceedings before examining and opposition divisions as scheduled. However, if the proceedings involve those who have recently visited high risk areas, they will be held via video conference or postponed if necessary. Alternative measures such as video conferencing are also an option for parties affected by travel restrictions or isolation instructions.

The European Patent Office, which has its headquarters in Munich, has extended all deadlines, except oral proceedings, to mid-April. The grounds for this decision are based on the concept of ‘general dislocation’ as defined under Rule 134(2) of the European Patent Convention.

This reads, “As a state in which the European Patent Office is located, the Federal Republic of Germany, like many other Contracting States, is experiencing restrictions on the movement and circulation of persons as well as on certain services, exchanges and public life in general, which can be qualified as a general dislocation within the meaning of Rule134(2) EPC.”

The Supervisory Board of the European Qualifying Examination has cancelled its EQE (pre-examination and main examination) papers. These are the main qualifying exams for European Patent Attorneys. The UK-based Chartered Institute of Patent Attorneys described this announcement as a “tremendous shock”.