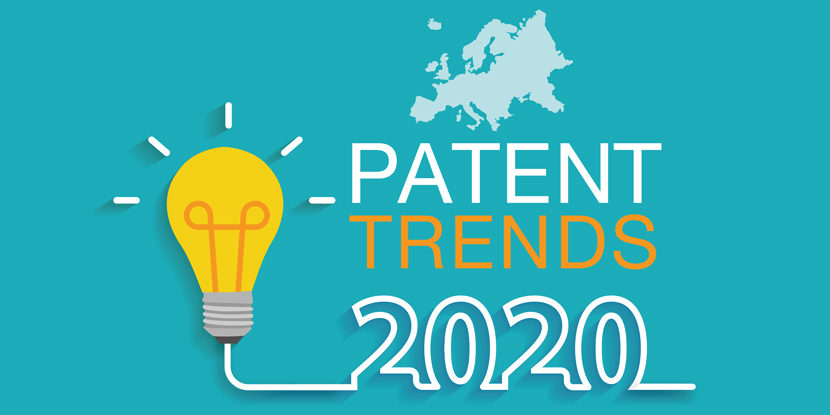 As early as May, the German Federal Court gave its long-awaited ruling on FRAND in the suit filed by Sisvel against Haier. Furthermore, the EPO was quick to grant patents again. The Boards of Appeal, alongside Europe’s other patent courts, switched to oral or hybrid hearings rapidly – and largely without any problems.

Yet JUVE Patent is not aware of any company forced to massively cut back its portfolios due to economic fallout. Nor is it aware of any patent firms in economic difficulty. On the contrary, the filing and litigation business seems buoyant. However, the market is unlikely to reach the high level of the last two years.

The beginning of 2020 brought a shock for UPC supporters – although the UK’s final ‘no’ was no longer a surprise. Then, another setback in March followed the UK’s rejection of the project, as the German Constitutional Court upheld the constitutional complaint made against the UPC. The court ruled that the Act of Approval to the Agreement needed a two-thirds majority by the Bundestag. This is because the act would have entailed a substantial amendment of the constitution. Thus, the ruling brought the UPC process to an abrupt halt. Many experts foresaw the death of the UPC once and for all.

But, only a few days after the ruling, the German Federal Government announced it would once again put the UPC law before parliament again. The government wanted to ensure Germany could complete UPC ratification, with at least a continental version of the UPC able to commence its work. With great speed, in the following months the government pushed the legislation. At the end of November, the German Bundestag agreed by the two-thirds majority required. Then, shortly before Christmas, this decision was followed by the Bundesrat, the second chamber of the German parliament.

Once again, the German parliament has met the requirements for the UPC launch. However, various parties have hinted at having the laws re-examined by the Constitutional Court.  Shortly before Christmas, it became public that two unknown persons had filed constitutional complaints against the new legislation with the German Constitutional Court. It is currently not clear whether this will stop the process again. Only in the new year will this become clear.

Rarely has a patent issue kept the highest courts of several countries so busy as 2020’s SEP and FRAND suits. In August, the UK Supreme Court finally confirmed the Colin Birss doctrine in the case between Unwired Planet and Huawei. Now, the UK courts can grant a global portfolio licence based on a UK patent. Many view the UK patent courts as the go-to place for SEP cases.

However, it was the German Federal Court of Justice that made the first big splash of the year in European FRAND case law. In May, the court ruled that Haier is infringing an SEP of NPE Sisvel. The court also ruled that Haier is acting as an unwilling licensee in FRAND negotiations. This significantly raised the bar on FRAND rules for implementers. Then, in August, Haier filed a constitutional complaint against the Federal Court’s judgment.

Patent courts in London, Paris and The Hague handed down important decisions in various SEP cases between NPEs and implementors in 2020. Nonetheless, the connected cars suits between Nokia and Daimler in Germany attracted the most public attention. Here, the FRAND issues are likely crucial for other networked technologies.

In November, the Regional Court Düsseldorf had the final word in European FRAND litigation. The Düsseldorf judges referred a Nokia vs. Daimler case to the CJEU for clarification. Meanwhile, Nokia has appealed the judgment. But observers do not consider this move very promising.

If the Higher Regional Court upholds the lower instance verdict, the CJEU judges will clarify if Nokia is free to decide to whom it offers a FRAND license in a supply chain of connectivity modules. However, the Düsseldorf judges also submitted general SEP questions to the CJEU. The questions result from the CJEU’s previous Huawei vs. ZTE judgment.

As such, if the submission is made, the highest courts in the UK and Germany and the highest European court must deal with FRAND issues.

Lastly, the coronavirus pandemic accelerated a development that lawyers, patent attorneys, judges and politicians had previously discussed intensively but without finding a solution. This is, of course, the broadcasting of court hearings by video. During the initial European coronavirus lockdowns, the patent courts and the EPO suspended their public hearings for a few weeks. Then, the courts got organised. Many courts implemented video conferencing tools such as Zoom or Microsoft Teams, and resumed work as early as the end of April.

The German Federal Court of Justice and the Regional Court of The Hague were among the first courts to take advantage of the new hearing possibilities. London, Munich, Mannheim, Düsseldorf, Paris and the Boards of Appeal quickly followed suit. All courts are hearing cases more or less online, or in hybrid forms. The EPO opposition divisions and the Boards of Appeal, on the other hand, have made practically all opposition hearings via video compulsory, from the beginning of 2021.

Top news regarding video hearings in 2020: