The UK courts have jurisdiction to grant a global FRAND licence and injunctions based on a UK patent. This is the outcome of the judgments from the UK Supreme Court today. The judges have upheld the decisions of the lower courts in the cases between Unwired Planet vs. Huawei and Conversant vs. ZTE and Huawei. The impact of the long-awaited judgments on SEP holders across Europe will be significant. 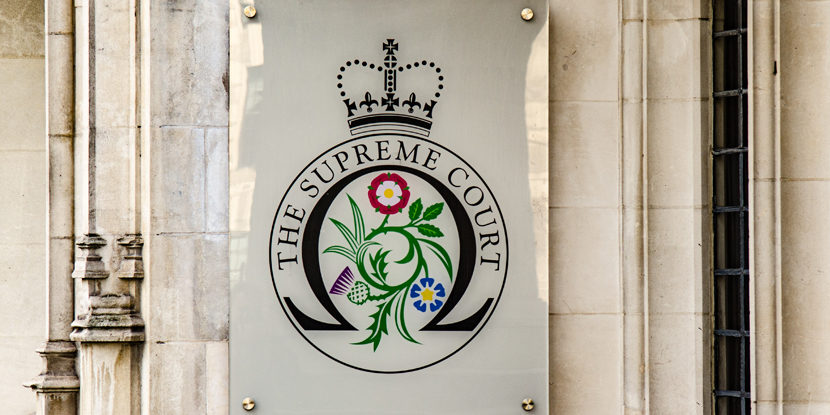 In August, the UK Supreme Court upheld the first-instance decisions made by the High Court and Court of Appeal. ©William/ADOBE STOCK

The UK Supreme Court has finally handed down its long-awaited FRAND judgment in the cases Unwired Planet vs. Huawei as well as Conversant vs. ZTE and Huawei (case IDs: UKSC 2018/0214; UKSC 2019/0041; UKSC 2019/0042). In its decisions, the Supreme Court upheld the first-instance decisions made by presiding judges Colin Birss and Henry Carr in 2017 and 2018.

The Supreme Court judges unanimously rejected all complaints by Huawei and ZTE in both cases. Furthermore, they confirm that the courts of England and Wales have the jurisdiction to determine global FRAND terms and rates.

In his judgment in the Unwired Planet vs. Huawei dispute, former High Court judge Colin Birss was the first judge worldwide to set a fee for a global licence (case ID: HP-2014-000005).

Now the Supreme Court confirmed that the UK courts have the jurisdiction to grant an injunction if they have previously determined that the implementer rejected a FRAND offer from the SEP holder.

The case between Unwired Planet and Huawei began in 2014, following Unwired Planet’s acquisition of six patents from Ericsson. In 2018, a Court of Appeal ruling upheld a landmark High Court judgment made by Colin Birss. 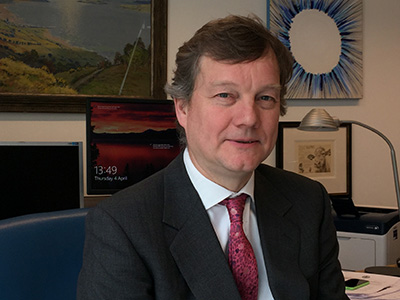 Firstly, Huawei appealed on the grounds that the licence did not qualify as FRAND due to its global scope (case ID: UKSC 2018/0214). Secondly, Huawei argued that it was offered a higher global royalty rate than Samsung and thus Unwired Planet did not meet the required non-discriminatory criteria.

Finally, the Court of Appeal ruled that the CJEU protocol in Huawei vs. ZTE (2015) was not a set of mandatory conditions for patentees to follow. As such, the court dismissed Huawei’s claim that Unwired Planet used its position as an SEP holder to gain a time advantage.

Although the Unwired Planet and the Conversant cases are different, they are linked through the question of jurisdiction.

Huawei and ZTE argue that Chinese, not English, courts should hear FRAND claims by non-practising entity Conversant. Both parties had also offered Conversant global FRAND determinations in China. However, the late Henry Carr rejected these suggestions at the High Court. The reasoning was that the case concerns UK patents and is thus untenable on Chinese terms, despite the appellants advocating for a separate UK infringement judgment. The Court of Appeal upheld the decision. The Supreme Court has now also upheld the decision.

Conversant acquired patents from Nokia in 2005. Conversant has attempted to licence its portfolio but Huawei and ZTE  have not agreed on any FRAND licence terms. This sparked the litigation between the companies, beginning in 2017 in the UK.

But the Conversant case is not over yet. Now that the Supreme Court has confirmed the jurisdiction of the UK courts, the High Court can continue the FRAND trial. The FRAND trial should have been heard in April, but was postponed to February 2021 due to the Corona pandemic.

However, today’s ruling may have increased the pressure on Huawei and ZTE to hold settlement talks.

The dispute between Unwired Planet and Huawei, on the other hand, is over. Huawei had already paid the required licence fee after the High Court ruling. Furthermore, Unwired Planet’s parent company Panoptis reached a settlement with Huawei in April which ended their litigation in the US and Germany. The parties agreed to stay the case at the UK Supreme Court.

Today’s ruling follows the equally important decision of the German Federal Court of Justice. In the case of Sisvel vs. Haier, the court set new standards for SEP and FRAND claims in Germany.

With their two landmark decisions, the UK Supreme Court and the German Federal Court of Justice have established Europe as an SEP-friendly jurisdiction.

Pat Treacy, Head of Competition at Bristows said, “The UK may, with this decision, have fired the starting gun for other courts to start making FRAND determinations, as the logic behind the decision could equally be said to apply elsewhere.”

However, whether German patent judges will now dare to calculate global FRAND licences based on the same pattern is not yet clear. For the time being, UK courts are likely to remain very attractive for SEP claims.

The decision is likely to make it more difficult for implementers to delay licence negotiations.

“This decision means that the UK can make decisions about worldwide licenses,” says David Knight, patent partner at Fieldfisher. He adds, “It has essentially turned the UK into a very selfish one for the IP industry in the UK as it could become a very good forum to bring a separate infringement claim that would have global implications.”

Meanwhile, Alex Wilson, partner at Powell Gilbert, wrote on LinkedIn, “The decision will also be of interest in relation to the FRAND dance created by the CJEU in Huawei v ZTE.” He continued, “The Supreme Court agreed that the decision is not prescriptive. This will be of particular interest to German litigators where this issue has sometimes dominated the FRAND debate.”

But the dispute between Sisvel and Haier in Germany is not yet over and could end up back at the European Court of Justice.

If the Constitutional Court follows Haier’s arguments, the SEP case could be re-submitted to the CJEU for an interpretation of FRAND issues.

Today’s judgment is not only a major win for the two NPEs but also for their advisors at EIP and barristers firms 8 New Square and Brick Court.

EIP is among the best-known firms for NPE clients. It acts not only for Unwired Planet Europe-wide but also for Conversant in numerous SEP cases. The German team, for example, plays an important role alongside Conversant in the current connected cars disputes against Daimler in Germany.

In both cases, all parties have retained the same law firms, if not exactly the same teams, as in the previous challenges before the UK courts.

Conversant vs. Huawei and ZTE