The European Patent Office is making video conferencing the standard in oral opposition proceedings and patent examinations. The Boards of Appeal want to follow suit and go one step further. As such, from January, video hearings can go ahead even if not agreed by both parties. Such a change in procedure could fundamentally impact the market for European patent attorneys. 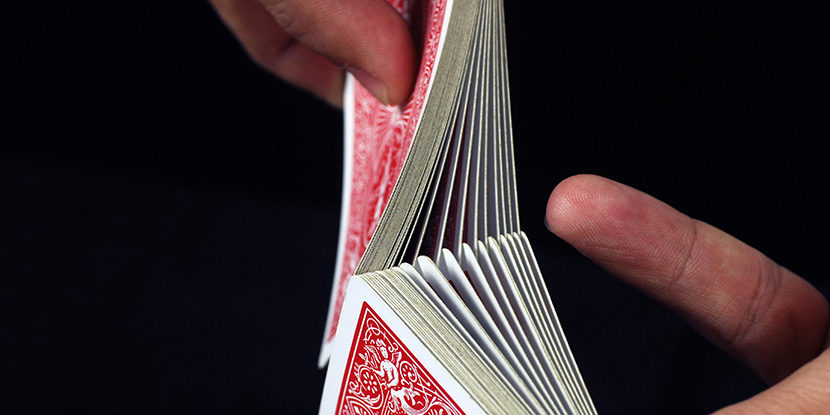 Who wins, and who will lose? A new directive focusing on compulsory video hearings at the EPO is reshuffling the playing cards for Europe's patent attorney firms ©Dominique LUZY/ADOBE STOCK

On 4 January 2021, the standard for hearings at the European Patent Office will fundamentally change for European patent attorneys. The EPO will conduct proceedings solely via video conferencing. Only those patent firms or patent attorneys that can present serious reasons will have proceedings postponed until after 15 September 2021. Thus, from the beginning of January, any potential locational advantages or disadvantages for patent attorneys may become obsolete.

Europe’s patent attorneys have mooted a mixed response to the move. A Munich-based European patent attorney told JUVE Patent, “The EPO has been planning video hearings for a long time. To my mind, it is now using the pandemic to enforce something that would have encountered more of a pushback from users at another time.”

On the other hand, the move is not such a surprise. A recent survey conducted by JUVE Patent found that patent professionals across Europe are using video conferencing as an alternative to in-person court hearings. And many patent attorneys, especially in France, the Netherlands and the UK, welcome the development at the EPO.

Cyra Nargolwalla, partner at Paris-based Plasseraud IP, says, “By well-equipping itself for oral proceedings by video conferencing, both in opposition and examination, the EPO has clearly manifested its intent to carry on with patent proceedings despite the health crisis. It allows for continuation of all procedures and equal access to justice for all.”

Hugh Goodfellow, partner at Carpmaels and Ransford, agrees. He says, “Video hearings at the EPO work very well, primarily due to the nature of the oral proceedings themselves. The EPO focuses on written arguments and in particular on how those arguments are supported by the prior art.”

However, not everyone is agreed that presenting arguments at a video hearing has the same effect as in court. Munich’s patent attorneys are not the only group to explain the disadvantages of video hearings. However, those based in Bavaria highlight the downsides more frequently than their European counterparts. 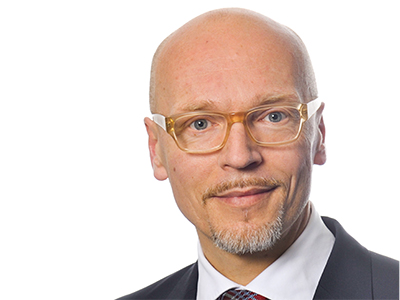 Ulrich Dörries, partner at df-mp Dörries, says, “It has happened that, during a video hearing, I did not see all the panel members on the screen. This made it more difficult to read the panel’s reaction to my arguments. Furthermore, I feel that many nuances tend to get lost, in comparison to an in-person hearing.”

Commenting on this criticism, a Boards of Appeal spokesperson said, “Looking at screens for longer periods of time can cause more eye fatigue than would be the case if the members were present at the meeting. To a certain extent, such effects can be mitigated by optimising the technical equipment used, the distance to the screen, the transmitted image section, and so on.”

They continue, “If necessary, the chairman conducting the proceedings could also interrupt a hearing via video conference more frequently than would otherwise be the case. In addition, the Boards of Appeal also used the pandemic to improve their internal digitalisation in the conduct of the proceedings.”

On the other hand, of the patent attorneys contacted by JUVE Patent, none dispute that in-person hearings are advantageous in terms of understanding the panel members and patent attorneys. But now arguments such as time saving, efficiency, cost reductions and the safety of a trip have become more important. It is also clear that the submission of facts and written arguments are increasingly important. 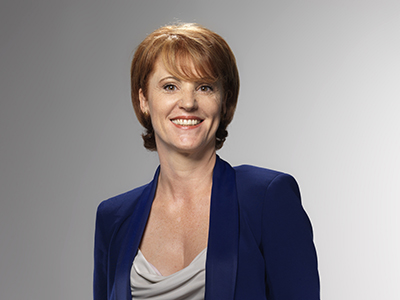 Guylène Kiesel Le Cosquer, president of the National Council of IP Attorneys (CNCPI), says, “The main advantages of oral proceedings held by video conferencing without the consent of the parties are economic. Oral proceedings held by video conferencing are less time-consuming and do not involve travel expenses for parties or representatives who are not based in the Hague, Berlin or Munich.”

From a technical point of view, the hearings also work very well – albeit with minor limitations. However, the EPO often finds ways to overcome these. For example, Virginie Martin-Charbonneau, European patent attorney at Casalonga, says, “My experience is that the system works surprisingly well, including simultaneous interpretation.”

And Hugh Goodfellow corroborates the view that the system is well-equipped to deal with clients in multiple locations. “For our firm, it means that neither we nor our clients have to travel to Munich or The Hague. Already this has meant that our clients can be much more involved in the proceedings than they were before.” 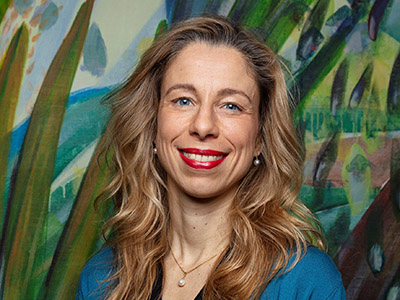 As such, for third parties, video hearings can have major advantages. Both Munich and London patent attorney firms report that US clients in particular are taking advantage of video participation. For example, the firms follow the proceedings or can present their technical experts to testify.

Matt Lawman, UK-based partner of mixed firm EIP, says, “Representatives located a long way from the EPO’s offices will no longer have to incur greater expenses to attend hearings, so video hearings means much less of a locational advantage.”

He says, “This seems fair, considering the geographic spread of the EPC contracting states. Of course, fewer flights is also good for the planet.”

In fact, the Boards of Appeal has allowed large number of viewers to watch video hearings for several months. In doing so, it has increased transparency and accounted for public interest in important decisions.

Martin-Charbonneau says, “The main advantage of oral proceedings held by video conference, without asking consent of all parties, is to avoid postponing hearings in specific cases. For example, where at least one of the parties has an interest in a decision being rendered rapidly while being unable to travel to the premises of the EPO, as it is currently the case.”

In principle, the EPO can only postpone negotiations for justified and proven reasons. Martin-Charbonneau says, “There is a great advantage for third parties as well. Firstly, third parties generally have an interest in having patent matters decided rapidly for the sake of legal certainty. Secondly, in case oral proceedings are held by video conference, third parties can attend, instead of having to travel to the EPO.” Furthermore, the Boards of Appeal are under pressure to meet their own targets. Some years ago, they set themselves the goal of working through their backlog of cases. But this has grown over the past year.

Lilian Hesselink, European patent attorney at the Dutch firm De Vries & Metman, says, “I do appreciate the efforts of the EPO and the Boards of Appeal to prevent the build-up of further backlog. In my opinion this is the main advantage of having oral hearings in vico or hybrid form.”

Throughout the year, some hearings could not take place because one or other party did not agree on a video conference. Hesselink explains, “I don’t like the “without consent of the parties” part of the announcement. However, given the nature of this type of proceedings, there will always be one party not agreeing. So if consent of the parties is required, all proceedings would come to a stand-still.”

Thus, the Boards of Appeal also acknowledges the question of consent. They told JUVE Patent, “At present, many hearings are postponed because one party does not agree to hold the hearing by video conference. A very common constellation is that only one of the parties refuses to give its consent, while the other party wishes to advance the proceedings by means of the hearing by video conference. This can have various reasons.”

They say, “For example, it may be that the Board of Appeal in its written communication in preparation for the oral proceedings has expressed a preliminary opinion, which suggests that one of the parties is likely to have a less favourable outcome than the other”.

In practice, many patent attorneys meet in their firms to participate in hearings together. So far, the examiners and members of the Board of Appeal have mainly taken part in proceedings from the EPO. But the Boards of Appeal now has plans to ensure all their members can do video hearings from home. Such a move would make boards members immune from any possible quarantine restrictions. So far, this idea is unique among Europe’s patent courts.

Everyone hopes that social distancing will soon be a thing of the past. Likewise, many patent attorneys hope that video hearings will not replace all hearings for good. Hesselink says, “Real-life oral hearings allow the parties to present their arguments better, resulting in higher-quality decisions. So I do hope that, when possible, the EPO will allow real-life oral proceedings again. Perhaps this will be at the specific request of the parties.” 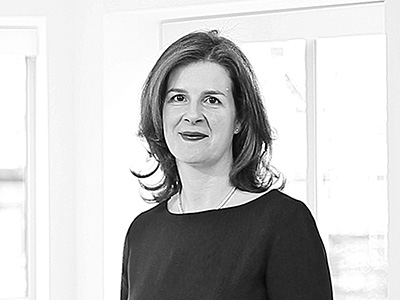 Currently, everyone involved faces a steep learning curve. But this is not just regarding the use of technology in these hearings; the oral presentation of arguments is also changing.

For the generation of digital natives and young professionals, video hearings open up new possibilities. They can now attend more hearings, and familiarise themselves with the new way of presenting arguments from the outset.

Camilla Balleny, partner at Carpmaels and Ransford, says, “We also see this move to video hearings as a training opportunity. We have encouraged our trainees to sit in on video hearings, obviously at no cost to the client. This is invaluable experience for them, especially at a time when it’s hard to travel and gain valuable insight to patent procedures.”

Given its many advantages, the EPO’s decision to extend the pilot project is unsurprising. But parties can no longer insist that oral proceedings be conducted in person. As such, the EPO has de facto set a new standard in patent proceedings going forward.