The Council of Ministers in Italy has officially proposed Milan as the host of a central division of the Unified Patent Court. Should the UPC go ahead and Milan be successful in its bid, the northern Italian city will stand alongside Paris and Munich as a key location for UPC litigation activity. 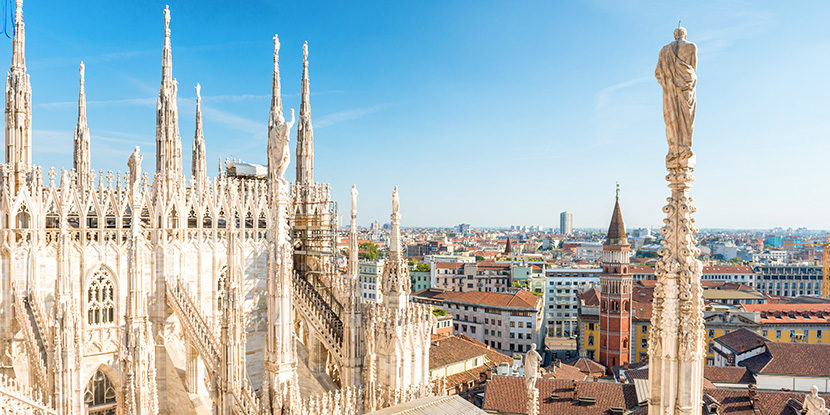 The Italian government has officially chosen to bid for Milan to be the next UPC central division for pharmaceuticals, after the UK withdrew its ratification ©Pavlo Vakhrushev/ADOBE STOCK

The Italian government has officially announced its choice of Milan to host a UPC central division, with a focus on pharmaceutical litigation. The bid comes months after the UK officially withdrew its ratification and left London out of the running. Prior to withdrawal, London was the focus for pharmaceutical cases. However, some patent experts have also advocated for Amsterdam or Paris as another potential option to host key central divisions, as well as local offices.

The Italian authorities had already chosen Milan as a local division of the UPC, to be hosted at the Milan Courthouse. However, with London no longer able to participate as the UPC’s pharmaceutical division, the opportunity arose for an Italian city to claim its spot as a central division.

The mayor of Milan, Giuseppe Sala of the Democratic Party, had strongly advocated for Milan to host the UPC Central Division. However, opposition 5 Star Movement party opposed the bid, instead suggesting Turin. While ultimately settling for Milan, the Italian government did reach a compromise. If successful in its bid, Milan will host the UPC’s central division, while Turin will be the seat for the Italian Institute for Artificial Intelligence.

According to a statement published by the Italian government, the choice of Milan and Turin was to “create a synergy between the two cities and the government, and at the same time consolidate the north-west axis of the country.”

The government says, “The choice of Milan as candidate for the third headquarters of the Unified Patent Court is a strategic decision, in the direction of a further Italian contribution to the development and growth of the European Union. It would be alongside Paris and Munich in the task of recording the new discoveries and solutions devised in the field of humanities and pharmaceuticals.”

Gabriel Cuonzo, IP partner at Italian law firm Trevisan Cuonzo, says, “We have the impression that the Italian government is very keen on Milan taking a more active role in the UPC. London no longer participating in the project gives Italy the chance to be more closely involved in the project. Having the central pharma division in Milan might have beneficial spill-over effects on the Italian litigation system as a whole.”

Hand over the keys

The UK initially ratified the UPC Agreement in 2018, alongside 15 other member states of the European Union. The UPC’s pharmaceutical headquarters were to be hosted in London at Aldgate Tower, located near the City. However, in February 2020, the UK government under prime minister Boris Johnson declared its rescindment of the UPC ratification.

At the time, a press office for the Cabinet Office confirmed to JUVE Patent, “Participating in a court that applies EU law and bound by the CJEU is inconsistent with our aims of becoming an independent self-governing nation.” For now, Aldgate Tower remains empty.

Even following the UK’s withdrawal, many in the European patent community speculated that the pharmaceutical division might relocate to Milan. Prior to the decision, the Italian government had expressed interest in more active participation in the project.

On the other hand, the Netherlands is also a potential new location for a UPC central division. Lawyers in Amsterdam, The Hague and Eindhoven are keen to consolidate the Netherlands as a key player on the European patent map. Across Europe, patent lawyers admire the Dutch judges for their intellect and high level of English. Both qualities, and especially the latter, are essential for a unified court which will use English as its main language.

Furthermore, a recent election in Italy had previously meant the current government’s stance on the UPC was unclear. Now the Italian government has shown willingness to invest the money necessary to host a central division of the UPC.

In Germany, the government has still not ratified the UPC Agreement. This is due to the ongoing constitutional complaint lodged in 2017. It is not yet clear if the German government will do so, given that the Constitutional Court said the German Bundestag did not vote properly on the German UPC ratification laws. Now, the Bundestag must repeat the vote.

In France, some lawyers say the central division should instead return to Paris. Speaking to JUVE Patent following the news of the UK’s withdrawal from the UPC, Guylène Kiesel Le Cosquer, European trademark and design attorney and managing partner at the Paris office of Plasseraud IP, says, “Originally, the UPC’s headquarters were to be in Paris only. The division of the UPC’s headquarters into three countries is the result of a political compromise that only dates back to 2012. It does not live up to the vision of a strong and united Europe around common projects.”

Even some Italian lawyers say France’s legal system and infrastructure is more organised, and better prepared. But in Italy, the addition of such a major IP hub would be a boon to the economy. Hosting a UPC Central Division could help Italy consolidate its ever-strengthening national IP practice. But the UPC’s remaining states need further negotiations before making a final decision.