Boutique IP firm EIP has announced its expansion into the Nordics with the opening of its first office in Stockholm, as well as four new partners. The group of patent attorneys will focus on attracting and retaining clients in the chemistry, digital and life science sectors. 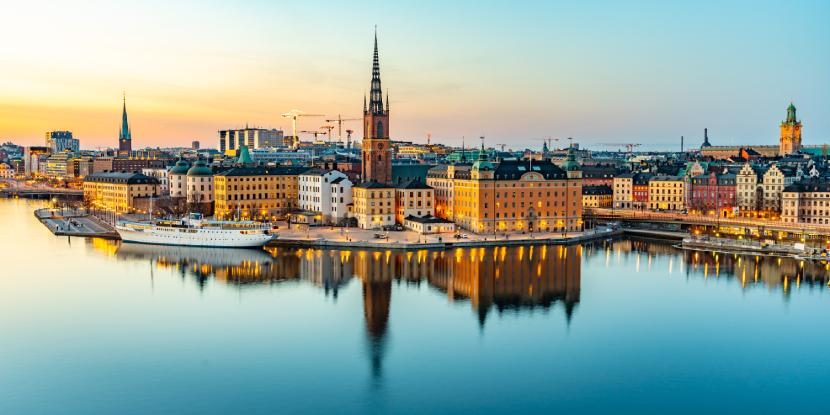 The opening of EIP's newest office in Stockholm brings the firm's total to six across Europe, with other expertise in the UK and Düsseldorf ©dudlajzov/ADOBE STOCK

Today, EIP has opened its second European office in the Swedish capital, Stockholm. The move aims to bring EIP closer to some of its clients in the region, as well as allowing the firm to demonstrate its strength for clients active in life sciences and chemistry. This will complement EIP’s long-standing specialism in electronics and telecommunication, for which the firm is most well known.

However, EIP did not disclose which clients inspired the move. It also did not clarify if its new partners will bring any clients from their previous firms.

To support the firm, patent attorney Inga-Lill Andersson has joined as a partner and will lead the Stockholm office. Andersson joins from full-service firm, AWA. Here, she led the chemistry team in Stockholm before becoming business area manager for north Sweden.

Magnus Hallin, CEO of EIP, spoke exclusively to JUVE Patent. He says, “EIP’s expansion in the Nordics is driven by the regional market, and its many resources and clients. The firm is currently preparing for the UPC and will continue to monitor this new development as it remains to be seen where litigation will take place on both a European and national level.

We already have strong litigation capabilities in both Germany and the UK. We are looking forward to seeing how both of these developments help the firm evolve.”

Three additional partners are joining Inga-Lill Andersson in staffing the new office, including life-sciences specialist Ida Christensen. She joins EIP as a partner in Stockholm from full-service US firm Brann & Isaacson, where she worked since 2008. While Christensen is experienced in working for biotech and medical technology clients, she is also a patent examiner at the Swedish Patent Office. Here, Christensen is responsible for the training and examination of fellow examiners.

EIP has focused on expanding its life sciences expertise in the past couple of years, for example through hiring Monika Rai in London in 2020.

Rikard Kånge, a patent attorney who specialises in polymer chemistry, surface chemistry and medical technology, is also joining EIP in Stockholm. Kånge joins from boutique firm Groth & Co., where he worked for five years as a partner.

Daniel Enetoft, previously the CEO at a deep tech company, is also strengthening the firm as a partner. He brings with AI experience and work in private practice, as well as working in-house. For example, one of his previous clients is Ikea.

Inga-Lill Andersson says, “Myself and the rest of EIP’s new Sweden team are excited to be part of this new venture. We hope that we will contribute to EIP’s development more widely, and also look forward to expanding our horizons internationally and bringing our combined expertise to clients, both existing and new.”

New horizon in the Nordics

The decision comes at a time of continued growth for EIP. In June 2022, the London branch similarly bolstered its electronics expertise with the addition of former Withers & Rogers alumni, Andrew Thompson.

Aside from the four newest additions, EIP has 29 partners, with eight patent partners remaining at the firm’s London office. It has offices in Bath, Cardiff and Leeds, with two partners also in its Düsseldorf office. EIP also has a US office, based in Denver.

The UPC and the increase in pan-European litigation in the mobile sector had already played a role in the opening of EIP’s German office in 2013. On the other hand, the industry holds of the firm’s London office in high regard for its suits brought by NPEs against mobile manufacturers. EIP represented Unwired Planet vs. Huawei in the UK Supreme Court, with the firm then successfully exporting the series of lawsuits to Germany.

EIP’s move to Stockholm comes as some London firms are looking to shore up their presence on the continent ahead of the opening of the UPC next year. For example, mixed IP firm Carpmaels & Ransford made efforts to secure its ability to appear at the UPC with the aquisition of French-trained litigator Agathe Michel-de Cazotte.

With its well-positioned team of German lawyers in Düsseldorf, EIP already has a good foothold in the UPC region. Now, the Stockholm office lends it a presence at the court’s seat of the Nordic Baltic Regional Division. The Finnish Local Division in Helsinki is also within reach.

The office still lacks lawyers specialised in patent litigation in order to fully exploit this advantage. However, this growth is not the first priority for EIP, with the Stockholm office primarily strengthening the firm’s focus on the Nordic market.

Nevertheless, all four newcomers are qualified as European patent attorneys and have experience in advising clients on litigation. Furthermore, Inga-Lill Andersson holds a European Patent Litigation Certificate, which enables her to conduct proceedings before the UPC. In addition, EIP can also use its German lawyers in Stockholm and Helsinki for UPC litigation.