EIP continues its growth in London with another addition to its life sciences team. Monika Rai joins the firm from Mathys & Squire, where she was also a partner. EIP now has 23 patent partners in its London office, ten of whom specialise in life sciences. 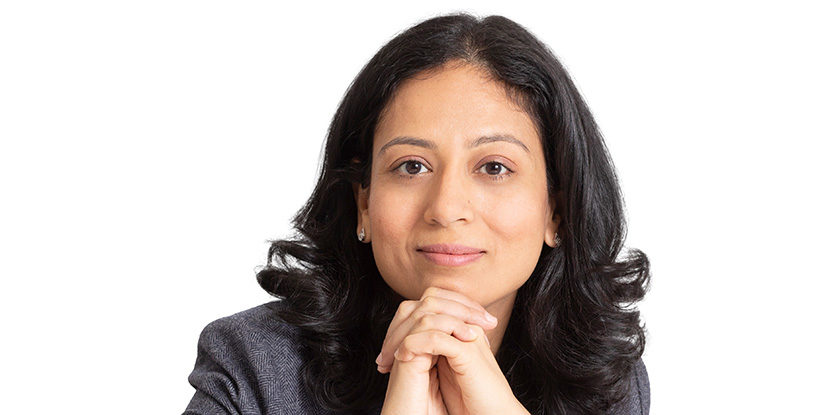 Monika Rai, who is dual-qualified as a patent attorney and solicitor, has joined the patent partnership at mixed IP boutique EIP.

EIP’s traditional area of strength has been in electronics and telecommunication, particularly regarding standard essential patents. For example, the mixed practice represents Unwired Planet in the long-running dispute between Unwired Planet and Huawei/ZTE. However, the new addition of Monika Rai will see EIP continue to build up its life sciences practice, following the hire of another life sciences partner in February 2020.

Rai began her career in patent in private practice in India. After a stint as a patent attorney at what is now CMS Cameron McKenna, Rai joined the London office of Mathys & Squire. The firm made her a partner in 2016. During her career, Rai has also spent a year at multinational pharmaceutical company GSK as a consultant to its biopharma team.

Rai is dual-qualified as both a solicitor and a patent attorney. As such, she has experience in contentious work and patent prosecution in front of the European Patent Office. Her hire brings the total number of life sciences partners at EIP to ten, including patent attorneys and solicitors. Rai will work alongside Gareth Probert in building and delivering the life sciences practice.

“EIP has a strategic imperative to continue the development of its life sciences practice,” says Rai. “Current global health challenges highlight the importance of innovation in the life sciences sector. By bringing together expertise in life sciences with strengths in areas such as machine learning and the contentious practice, EIP’s patent attorneys and solicitors can provide an inter-disciplinary life sciences offering to clients.”

Heather McCann, partner at EIP, says, “Monika’s appointment is a significant addition to EIP’s capabilities in the life sciences sector. Together with partner Gareth Probert, who joined the Life Tech team in February 2020, we are looking forward to Monika playing a key role in the development of the practice.”

Mathys on the move

Monika Rai is the second partner to move from Mathys & Squire’s London office in 2020. The firm still has 25 patent partners, 13 of whom are life sciences specialists. Martin MacLean, head of life sciences at Mathys & Squire, says, “There are no immediate plans to replace Monika. We have significant partner depth in the biological sciences team, including me, David Miller, Pippa Griffin, James Wilding, Hazel Ford, Anna Gregson, Craig Titmus and Stephen Garner, together with a strong bench of managing associates. We have not experienced any disruption to client service following Monika’s departure.”

However, Mathys & Squire has experienced a series of developments over the past few months in its German outfit. In July 2019, it announced the opening of its third European office in Munich, recruiting a team of four patent attorneys from Herzog Fiesser & Partner. The team included the latter’s founding partner Gerold Fiesser. Giuditta Biagini, Lorraine Aleandri-Hachgenei and Kirstin Wenck also joined Fiesser in the move. In October 2019, Mathys & Squire hired Andreas Wietzke to further expand the office.