The dispute between Qualcomm and Apple in Germany shows no signs of abating. Munich Regional Court's ban on the sale of older iPhones has hit Apple hard. The ruling could also have consequences for the way injunctions are granted in Germany. For some time now, both the mobile phone industry and the car industry have called on the German government to relax the practice. 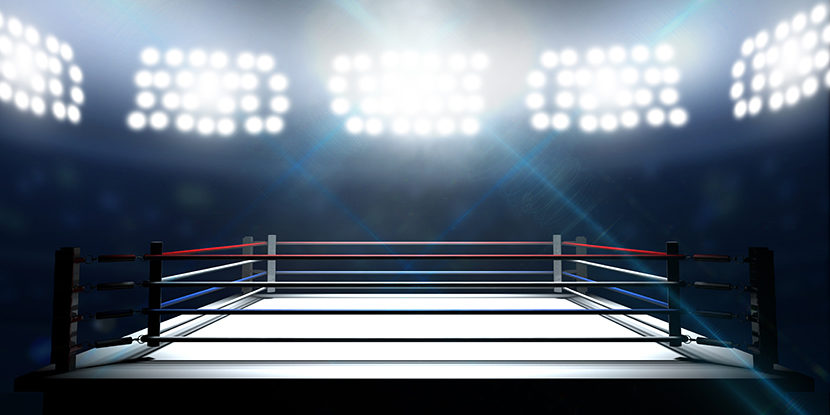 It has been a long time since the public took such an interest in a German patent battle like the one currently raging between Qualcomm and Apple. “Qualcomm disrupts Apple’s business in Germany” was the headline in Der Spiegel magazine a few days ago. Another daily newspaper, FAZ, announced a “sales ban on older iPhone models.”

Whenever the iPhone manufacturer is sued, media interest increases – especially as Apple had to take its iPhones 7, 8 and X off the shelves just before Christmas. This was exactly what the Munich Regional Court ordered on 20 December after finding the company infringed a Qualcomm patent (case IDs: 7 O 10495 and 10496/17).

In a strange twist, however, it seems the public were accidentally excluded from the infringement hearing on 8 November 2018 when the high-profile verdict was given. A guard locked the front door to the courthouse at 6:00 p.m., while the US chip manufacturer and Apple were still battling it out inside. A number of legal experts suspect the guard has now inadvertantly given the iPhone manufacturer additional grounds to appeal the verdict.

This obviously occured to presiding judge Matthias Zigann and his colleagues as well. The judgment published this week indicates there was confusion in the courtroom around 7 p.m. as the judges of the 7th Civil Chamber marched through the corridors of the courthouse, scrambling for guards to unlock the door and allow the public back in.

Afterwards, handwritten notes were fixed on the entrance doors to indicate the hearing was taking place. The part of the trial that had unfolded between 6 p.m. and 7.15 p.m. then had to be repeated, after ten hours of negotiations. It wasn’t until 9 p.m. that Zigann finished the trial.

The court believes that the public was unintentionally excluded from the trial for about 45 minutes, but that this was remedied by the precautionary repetition of that part of the trial. Furthermore, the court does not see any negligent behaviour on its part.

Nevertheless, Apple’s counsel sharply criticised the incident. Followers of the case are certain that Apple will exploit this on appeal. In view of the case’s economic significance, says Düsseldorf IP lawyer Oliver Löffel on Twitter, “It would not be surprising if Apple went to Karlsruhe.” He means, of course, the Federal Constitutional Court.

The Munich Regional Court is located in the Munich Justizpalast, with the patent chambers owning rooms in a building nearby.

Despite the bitter global fight raging between Qualcomm and Apple, the German case has not yet reached this stage. Apple filed an appeal the day after the ruling was rendered; it has since been substantiated. In the appeal, Apple is said to have comprehensively addressed procedural and substantive aspects of the decisions.

The two judgments concern so-called envelope tracker technology, made by producer Qorvo and installed in the affected iPhone models. Both cases are central to the dispute. These chips guarantee the power supply for a performance amplifier, but save as much energy as possible and at the same time avoid excessive heating of the device.

The special chip is controlled by a main chip supplied by Intel. Qualcomm sees this technology as a violation of its patent for powering electrical amplifiers in chips (EP 2 724 461).

As soon as the judgment was rendered on 20 December, the smartphone models iPhone 7 and 8 were immediately removed from German Apple stores and the company no longer sells the models via its website. The 2017 version of iPhone X is also affected.

However, according to a spokesman, Apple continues to sell the XS, XS Max and XR models. Last week Apple told Der Spiegel that “all iPhone models will remain available to customers through mobile operators and other retailers, at 4,300 locations across Germany.”

This is a nuisance for Qualcomm, which has deposited the required security bonds to the tune of 1.34 billion euros with the court in the form of bank guarantees, and is now enforcing both judgments.

Retailers, however, are proving extremely creative. The online retailer Cyberport is currently advertising the affected iPhones with the slogan ‘Verboten Gut.’ A play on the words ‘prohibited good,’ it roughly translates as ‘criminal(ly) good.’ Another online retailer, Gravis, is also undeterred, advertising “iPhone 7 and 8 still available at Gravis.”

Legally, this advertising is borderline but probably permissible. The ruling from Munich prohibits Apple from selling and distributing the affected iPhones, but not the retailers. Only if the chip manufacturer were to prove that Apple was involved in these sales could Qualcomm sue the iPhone manufacturer.

The retailers are unlikely to run out of steam until the iPhones concerned are sold out. According to Qualcomm lawyer Marcus Grosch of Quinn Emanuel Urquhart & Sullivan, a request has been issued to Apple to recall the affected products. However, the chip manufacturer has no proof whether this has already happened.

Apple did not respond to JUVE Patent’s request for comment on the recall. However, that the iPhone manufacturer continues to deliver affected mobile phones to customers is considered unlikely and would be a direct violation of the ruling. Sources claim Apple is therefore adhering to the verdict.

But Apple is probably also playing for time, so that retailers will sell as many iPhones as possible until the verdict fully takes effect. Companies are usually given a period of one to two weeks to implement all recall measures. There is no doubt that Qualcomm will consistently enforce the judgments.

A question of infringement

Apple will no doubt staunchly challenge the two judgments; Qualcomm’s claim that the Qorvo chip infringes the patent is still a huge bone of contention.

But in the opinion of the 7th Civil Chamber, this could not be clarified for civil procedural reasons. A press release states that the court based its decision on the chip working as the plaintiff claims. This was met with incredulity on the side of the iPhone manufacturer.

In contrast to German criminal law, according to which the court determines facts on its own initiative, in civil proceedings the parties present the facts to the court – the ‘principle of presentation or negotiation.’ The court uses these grounds on which to base its decision.

Qualcomm argued that the Qorvo chip infringes three features of its patent, although there was peculiarity in the evidence. The chip manufacturer, in the absence of the original circuit diagrams, only presented the functioning of the chip on the basis of a teardown report, as the court writes in its judgement. However, it was noted that the teardown report may contain inaccuracies.

For procedural reasons, however, the court assumed no more could be demanded of Qualcomm because the supplier’s wiring diagrams were not publicly accessible.

Apple, on the other hand, denied the functionality claimed by Qualcomm but for secrecy reasons and in the view of the court did not substantiate how the chip works instead. The court therefore followed Qualcomm’s reasoning. It also ruled out hearing any evidence from witnesses that Apple had brought to the hearing in November.

Even the circuit diagrams, which Apple’s lawyers introduced very late in the trial, were not taken into consideration by the court.

Apple’s lawyers had long been relying on Qualcomm to bring the schematics from a US discovery process to the Munich trial. The realisation that this was not going to happen, however, came at a very late stage in the proceedings. Apple then submitted schematics on 8 November, but to no avail.

Apple walked somewhat of a tightrope in its argumentation, says a follower of the case – but ultimately the strategy didn’t work. Observers therefore assume that the iPhone manufacturer will base its appeal primarily on the issue of non-infringement. Sources close to Apple have repeatedly complained about a violation of the right to be heard. The view of the court, however, is that the unheard evidence was not relevant to the decision.

Considering the vehemence with which the two opponents conduct themselves, not only in Germany but also in the USA and China, it is clear that the dispute is far from over.

And the argument has already made history. The security bonds of 668 million euros per judgement is a new record in German patent litigation law. Security bonds are intended to cover damages for a period of two years, as a rule, if enforcement later proves to be unjustified. However, the bonds serve as an expression of the high amounts at stake in mobile phone proceedings.

Lawyers claim that most cases see figures between 50 and 100 million euros. JUVE Patent research indicates that the previous record was 400 million euros – also issued by judge Zigann and his chamber at Christmas 2013 in the patent dispute over HTC One between Nokia and the Taiwanese mobile manufacturer.

The Munich Patent Court in particular tends to set such high security bonds. “But if that were to become precedent, Germany as a patent location could suffer as it would become less attractive to sue here,” warns Thomas Gniadek of Noerr. He adds, “When compared internationally, the injunctive relief only remains attractive if the plaintiff can afford and actually deposit the security bond.”

However, events surrounding the suspension of sales of iPhones 7 and 8 also gave new impetus to another discussion. For some time now, those in major industry have called for change in the strict German court practice of automatically granting injunctive relief in the event of a patent infringement.

Over the Christmas period, Huawei and ZTE also learned how drastic the consequences can be. The pool for video coding MPEG LA is currently enforcing several judgments from Düsseldorf Regional Court against the two Chinese mobile phone manufacturers. ZTE currently no longer sells mobile phones in Germany. Huawei remained resistant to implementing the judgment. But according to sources both parties agreed to settle the dispute, but haven’t signed an agreement yet. An agreement with ZTE is also expected soon.

“If the production and sale of mobile devices, which can concern more than 2,000 patents, or of cars, with even more patent-protected components, have to be frozen because of an infringement of a technical property right, this may no longer be proportionate,” says a patent lawyer.

According to Handelsblatt, large German corporations spoke to the government in early December about relaxing injunction claims. Above all, they see a danger from non-practicing entities, which are currently fond of suing in Germany.

“In its current form, German patent law jeopardises innovation and progress in our society,” Telekom board member Thomas Kremer told the Handelsblatt. “The automatic injunction can lead to the blackout of the telecommunications network and shut down entire factories and production lines.” The automotive industry is also concerned about the increasing connectivity of its vehicles.

On the other hand, others see the injunction claim as an essential attraction of the German patent courts and a guarantor for the competitiveness of German industry, which can then effectively protect its innovations. Some commentators are calling for a change of course instead of abolition. The current sales bans for iPhones and the devices of Chinese competitors will continue to fuel this discussion.

Recent developments
15 January: The Mannheim Regional Court rejected a claim by Qualcomm against Apple based on European Patent EP 2 460 270
20 January: Munich Regional Court renders a preliminary injunction, statting Apple may not claim the infringing iPhones are still for sale at retailers.

What’s next
31 January: The Munich Regional Court will render four more judgments in the dispute between Qualcomm and Apple. These concern the chip manufacturer’s so-called Spotlight patents.