In German patent law, automatic injuctions are losing support. But there are few signs that the German government is willing to reform. With the UPC, critics might get what they want – more discretion for patent judges. 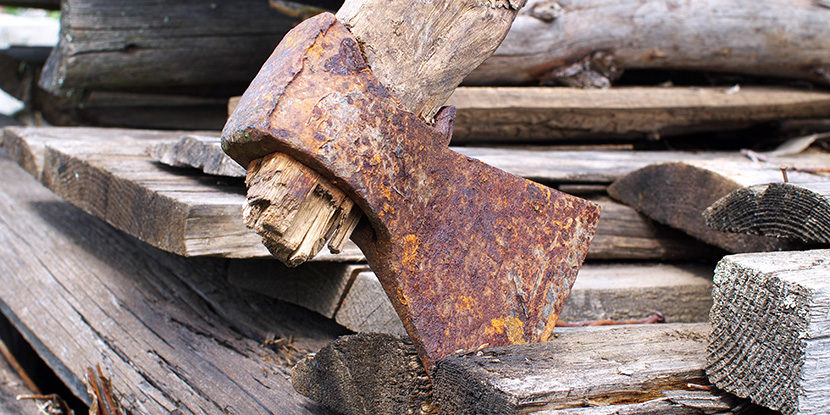 Christmas is traditionally for peace and reflection. But in Germany it was a tempestuous time, at least for the German mobile phone industry. ZTE did not sell any mobile phones during the holiday period. Neither did Huawei, thanks to a ban from Düsseldorf Regional Court.

But it was the ban on older iPhones by Munich Regional Court that attracted particular attention. All three cases were the result of plaintiffs Qualcomm, and patent pool MPEG LA, enforcing successful patent infringement judgments. MPEG LA compelled Huawei to settle its terms a week ago.

Licensing disputes between patent pools and mobile phone manufacturers are different from disputes between industry giants like Qualcomm and Apple. Nevertheless, the events at the turn of the year demonstrate that the automatic injunction in Germany is an effective, if crude, weapon – more battle axe than rapier.

German car manufacturers VW and Audi, and mobile phone companies such as Deutsche Telekom, have been railing against the ‘Made in Germany’ injunction for some time now. In November, they called for it to be weakened by giving judges more room for manoeuvre.

“The federal government will not jump
at weakening the automatic injunction”

However, the time for this is not yet ripe. Reconciling the varying interests across the industry would be too complicated. It is unlikely that the government will push through an early amendment to Article 139(1) of the German Patent Act. Besides, many think the injunction is still doing its job in protecting Germany as a laboratory of innovation.

On one side is a group led by the German automotive and telecommunications industries, which primarily faces connectivity issues. This group fears that non-practicing entities could succeed in bringing the entire production of cars and mobile phones to a standstill, all due to the suspicion that a small component in a mobile device or connectivity tool in a car violates a patent.

Network operators warn that such an injunction would quickly lead to the shutdown of an entire telecommunications network and an immediate settlement. This is true even if only one in over a thousand components in their products infringe the patent. Most lawyers see this as disproportionate.

In addition, the automatic injunction is a relic from days gone by when technologies were less complex and connectivity did not play the role it plays now, and will play in the future.

On the other side, there are large parts of the pharmaceutical industry, major German research companies and innovative midsized companies holding fast to the automatic injunction. It is a tried and tested legal tool that provides a safe environment for technical innovations in Germany. After all, not all industries have end products that are as complex and small as those for cars and mobile phones.

“Without a serious injunction, no
company would ever take a licence”

Unlike their British counterparts, large parts of the German legal profession are passionate about the automatic injunction. This is because it is unique in Europe and boosts the attraction of the German patent system worldwide. And this is not only to the benefit of German patent courts.

The fears of a few industries do not yet justify a fundamental change in the patent system, says an experienced German patent lawyer. “Without a serious injunction, no company would ever take a licence,” says another.

Its advocates emphasise that the automatic injunction is not the radical solution many claim it to be. Ultimately, the German judges may suspend infringement proceedings if they have doubts as to the validity of the patent. But critics argue this is done too rarely.

What is more, the general principle of proportionality of the German Code of Civil Procedure also applies to patent judgments. The judges have an additional screw to turn in determining the security deposit.

If a case involves standard essential patents, potential infringers have a safe harbour in their ability to submit a FRAND-compliant licence offer in accordance with the specifications of the CJEU. The application for a compulsory licence under the German Patent Act is also open to companies should it concern a systemically relevant technology. This qualifies it as a matter of public interest.

German law also provides for a grace period if the company in question suffers disproportionate disadvantages as a result of a patent decision. It is yet to be applied, however. In 2016, the German Federal Court of Justice rejected Daimler’s request for the grace period in the dispute over airscarves for convertible cars.

The court applied very strict criteria, for which special circumstances must already exist. Precisely what these circumstances are, however, the court failed to specify. In a similar case, patent lawyers from the Patent Senate of the Federal Court would like this clarified. A further interpretation of the criteria for the grace period could make the system somewhat more flexible.

But the critics’ arguments against the automatic injunction cannot be dismissed, especially regarding the cumbersome decision-making practice of the German Federal Patent Court. The fact that decisions on the validity of a patent are often made months after a first instance decision on the infringement makes the injunction in Germany even harsher than the legislator intended. As a result, the slowness of the Federal Patent Court contributes to the loss of confidence in the German bifurcation system.

The government must therefore strengthen the Federal Patent Court as quickly as possible, both in terms of staff and structure. This means patent owners and the defendants can be assured that, as far as possible, they will receive a decision on the validity of the plaintiff’s patent parallel to the infringement judgment.

Waiting for the UPC

One must not forget, however, that those opposed to the automatic injunction hold weight. Given the millions of jobs at stake, the federal government will listen carefully to what car and mobile phone companies have to say. Nevertheless, it will carefully weigh the interests of two equally strong industrial groups. Many believe the government will be in no hurry to change the functioning system. Others say the Ministry of Justice is playing for time.

Of all things, the Unified Patent Court could ease the discussion in Germany – if it ever gets off the ground. Injunctive relief will probably not be granted automatically. The experts are still arguing as to how the provision of Article 63 “the court may grant an [permanent] injunction against the infringer…”  in the UPC Agreement should be understood.

But regardless of whether this means an injunction is automatically granted, like in the German patent system, or whether there will be scope for discretion, like in the British patent system, the international judges may feel obliged to follow the legal tradition of their countries. And German judges do not call the shots in all local divisions.

German carmakers and network operators also know that their ideas do not reflect a majority at the Federal Ministry of Justice. But their goal is less about changing legislation, and more about convincing German patent judges to exercise discretion more often.