Qualcomm against Apple remains one of the biggest ongoing patent disputes worldwide. Yesterday the Munich patent court published an important judgement in its latest instalment. US and European Apple companies have infringed an important patent for the power supply for electrical amplifiers of the chip manufacturer. 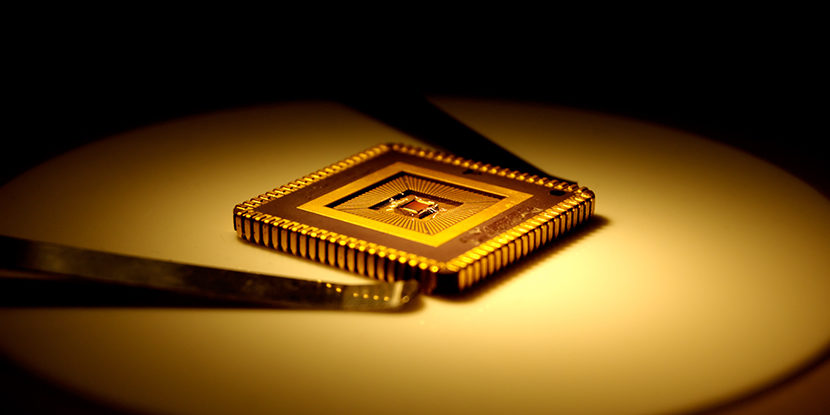 As a result of the judgements (case IDs: 7 O 10495 and 10496/17), the smartphone models iPhone 7 and 8 will not be available in the German Apple stores for the time being, according to a speaker only a few hours after the ruling. However, Apple continues to sell the XS, XS Max and XR models.

In addition, the iPhone manufacturer pointed out that the iPhones 7 and 8 should remain available through mobile operators and other dealers. Apple apparently prevented Qualcomm from enforcing the ruling immediately. In order to enforce the two judgements, Qualcomm would first have to deposit security bonds of 668.4 million euros per judgement with the court.

But Apple has already announced it will appeal the judgements.

According to media reports, however, the US chip manufacturer demanded on the same evening that the affected devices be confiscated from all retailers in Germany and destroyed.

Second defeat in a few days

Only a few days ago Qualcomm announced that it had stopped sales of the iPhone 6S, 7, 8 and their larger versions, the iPhone X, in China. A court in the city of Fuzhou had found the infringement of two Qualcomm patents and ordered a preliminary injunction. According to Apple, the iPhone operating system iOS 11, barely more than one year old, is affected, but not the current version iOS 12.

The two judgements in Munich concern the so-called envelope tracker technology, made by producer Qorvo and installed in the affected iPhone models. Both cases are central to the dispute. These chips guarantee the power supply for a performance amplifier, but save as much energy as possible and at the same time avoid excessive heating of the device.

The special chip is controlled by a main chip supplied by Intel. Qualcomm sees this technology as a violation of its patent (EP 2 724 461).

Whether the Qorvo chip actually infringes the patent as Qualcomm claims, the court did not want to clarify. This was disputed between the parties. But in the opinion of the 7th Civil Chamber this could not be clarified for civil procedural reasons. According to a press release of the court, the Chamber based its decision on the fact that the chip works as the plaintiff claims. This was met with incomprehension on the side of the iPhone manufacturer.

Apple was also unable to assert its argument that Qualcomm was acting contrary to antitrust law. In particular, the Munich court did not see any violation of the EU Commission’s decision against Qualcomm (case ID: AT.40220). Brussels had sentenced the chip manufacturer to a fine of almost one billion euros in January 2018. Apple was also unable to invoke existing licencing agreements between its suppliers and Qualcomm.

The current decisions follow an initial ruling by the Munich Regional Court, which dismissed a lawsuit in October. The Mannheim Regional Court adjourned another case.

The US chip manufacturer sued Apple in the summer of 2017 before the Regional Courts of Munich and Mannheim. Qualcomm filed a total of 13 lawsuits, five of them in Mannheim. However, four proceedings in Munich concern the same Spotlight patent family, so that the parties involved always refer to just nine cases. The US and European Apple companies have each been sued separately.

Apple is trying to overturn the Qualcomm patents in the German proceedings by means of nullity suits and oppositions.

Originally, the dispute between Apple and Qualcomm was ignited over licensing. Qualcomm wanted to align the royalty rate with the price of the iPhone, but Apple sought only to pay a fixed royalty. In January 2017, Apple filed a lawsuit in the USA against the chip supplier from San Diego. Qualcomm’s response included infringement suits based on six patents. According to the chip manufacturer, Apple and its contract manufacturers now owe license payments amounting to seven billion dollars.

Qualcomm has also filed a patent suit in the US against Apple’s contract manufacturers Foxconn, Hon Hai, Pegatron, Wistron and Compal Electronics. For their part, they are preparing for a lawsuit against Qualcomm and, according to media reports, are suing for at least 9 billion dollars.

The fact that the dispute was carried across the Atlantic last summer is due to Qualcomm’s hope that intellectual property violations would be sanctioned more quickly and clearly in Germany than in the USA.

Apart from the US and Germany, the two tech giants are litigating in London. Apple sued there for a declaration of non-infringement of an SEP.

In the past, Qualcomm has worked with several law firms in patent litigation in Germany, including Hogan Lovells and Bardehle Pagenberg. Quinn Emanuel, together with Cravath Swaine & Moore, has already represented Qualcomm in the lawsuits in the United States and is now appearing for the first time in a German lawsuit for Qualcomm. Marcus Grosch and his team have been working in the background for the chip manufacturer for some time. As usual, it operates without external patent attorneys.

The bank of lawyers on Apple’s side also threw up an unusual picture. While the Freshfields partners Hufnagel and Prinz zu Waldeck and the patent attorneys of Samson & Partner are among the regular consultants in Germany, Hoyng ROKH Monegier with partner Klaus Haft are active for Apple for the first time. The IP boutique is likely to have come into play primarily through its long-standing relationship with Intel. As a rule, vital component suppliers of mobile devices are contractually assured the right to instruct their own lawyers if their technology is attacked.

One of Apple’s other regular advisors in Germany is the patent team of Hogan Lovells.