Sisvel vs. Haier judgment could see FRAND standardised in Germany

This month, the German Federal Court of Justice will hear Sisvel vs. Haier, one of the most important FRAND cases in Europe. The decision could see Germany become the first country to standardise its jurisdiction on a crucial issue for the mobile phone industry. Patent experts across Europe are eagerly awaiting the standardisation of SEP and FRAND law. 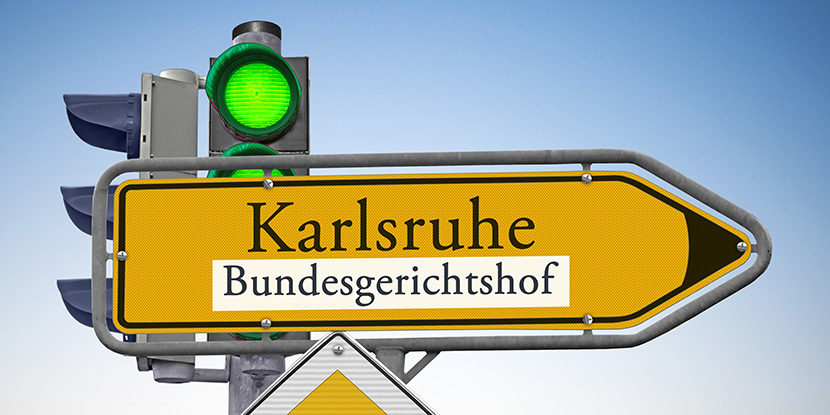 Next exit FRAND: the Federal Court of Justice in Karlsruhe will hear the case between Sisvel and Haier in March ©Wegweiser/ADOBE STOCK

JUVE Patent has learned that the Federal Court of Justice will hear the appeal in the nullity suit against Sisvel’s patent EP 08 52 885 on Tuesday (case ID: X ZR 44/18). Observers expect a quick decision from the 10th Civil Senate in the Sisvel and Haier case, which is responsible for patent cases. The court has already scheduled a hearing for the infringement proceedings for 31 March (case ID: K ZR 36/17).

The hearing will also consider whether Sisvel and Haier acted in conformity with FRAND. Of course, the pre-requisite is that the court confirms EP 885 this Tuesday. 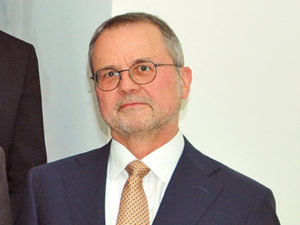 Sisvel is appealing against a decision from the Higher Regional Court Düsseldorf, which denied the NPE an injunction. Originally, Sisvel filed its appeal with the patent senate. However the court referred the case to the new senate for antitrust law under presiding judge Peter Meier-Beck in autumn, due to the urgent FRAND issues.

Meier-Beck was head of the patent senate until last September, when he moved to the antitrust senate.

The dispute concerns two standard essential patents for the GPRS and UMTS standards. Another patent is also being challenged. The court hears the appeal in this revocation case on 28 April.

In 2014, Sisvel filed a motion against Haier Germany and Haier Europe Trading over infringement of two of its SEPs (case IDs: 4a O 93/14 and 4a O 144/14). Sisvel requested an injunction and damages. Düsseldorf Regional Court initially granted the motion in December 2015, despite Haier making a licence offer to Sisvel.

The case saw the first application of the principles of the CJEU ruling. The judges held that Haier did not submit its counter-offer in a timely manner. At the time, the court did not examine whether Sisvel’s licence offer was FRAND compliant.

In April 2017 the Higher Regional Court took a different view. Reasoning that the CJEU-set FRAND obligations apply to both parties (case IDs: I-15 U 65/15 and I-15 U 66/15), the court stayed the motions for injunction, recall and destruction.

The court found Haier to have infringed two Sisvel SEPs. The court ordered it to render account and damages. However, the judges saw no reason to prohibit Haier from selling its devices. Sisvel failed to offer Haier a FRAND-compliant licence, according to sources at the time.

The Higher Regional Court held that the competent court must examine whether both parties fulfilled FRAND obligations as set out by the CJEU. The court maintained this view in the main proceedings.

So far, only two SEP cases have ended up at the Federal Court of Justice in Karlsruhe. These are the Sisvel vs. Haier case, and the dispute between Unwired Planet and Huawei. At a very early stage there were rumours that the court will hear one of the cases in early 2020, therefore finally announcing its interpretation of the CJEU decision.

German courts have repeatedly interpreted FRAND rules, as set out by the CJEU in the Huawei vs. ZTE case, in different ways. The different approaches have caused considerable uncertainty among mobile phone companies.

Recently, it seemed likely that a ruling in the Unwired Planet vs. Huawei case would come before that of Sisvel vs. Haier. However, Unwired Planet’s parent company, Panoptis, is currently in intensive negotiations with Huawei to settle all disputes. Documents from the US proceedings show that the companies have already concluded an interim settlement. The parties have asked various courts to stay the proceedings.

JUVE Patent has learned that Unwired Planet has asked the German patent courts to put all proceedings on hold, including the case before the Federal Court of Justice (case ID: 10 ZR 33/19).

It is also uncertain whether a decision will come from the highest court in the parallel proceedings in the UK. The Supreme Court heard the appeal in the Unwired Planet v. Huawei case in November (case ID: UKSC 2018/0214).

The UK judges will examine whether a UK court may order a global licence on the basis of a UK patent in conjunction to setting a licence rate. This was the ruling of the UK High Court under presiding judge Colin Birss. The judgment was largely upheld by the Court of Appeal in 2018.

The patent community eagerly awaits the landmark decisions from the Supreme Court. Originally a verdict was expected in January, but the court has not yet issued a ruling. It could be the case that Unwired Planet and Huawei settle before the judgment is released.

Here, patent experts are unsure what will happen. Under UK law, even if the parties withdraw the case, the Supreme Court can still decide on legal issues. This is due to the fundamental importance of cases heard at the highest instance.

However, whether the court issues an overall ruling depends on the parties, as well as the type of agreement reached.