“The injunction gap is simply unacceptable”

After seven years, Siemens has climbed to the top of patent applicants at the European Patent Office. Beat Weibel, chief IP counsel of Siemens, talks to JUVE Patent about the importance of quality in patent applications and current problems in the European patent system. Weibel also calls on the German government to ensure rapid decisions in nullity proceedings. 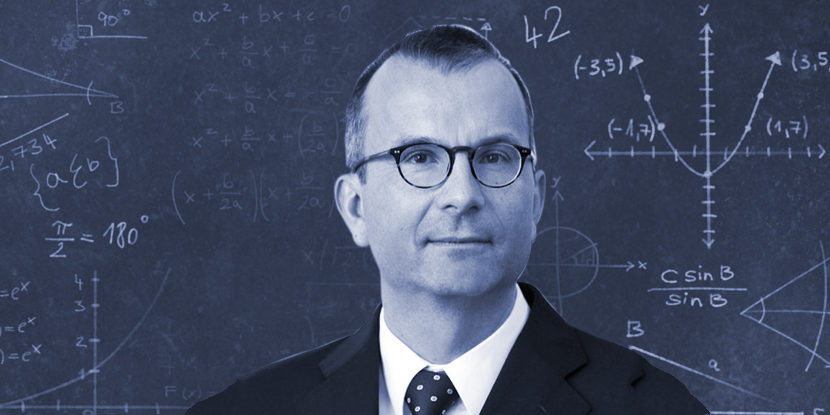 In 2013 Beat Weibel (52) took over the IP department at Siemens. In 2018, the company climbed to the top of the applicants at the European Patent Office. Weibel attributes this to a new quality strategy that Siemens has been pursuing for more than five years. ©JUVE/Siemens

JUVE Patent: According to the European Patent Office’s statistics for patent applications in 2018, Siemens regains the number one spot. Is this due to a particular strategy?
Beat Weibel: In a way, yes, although filing a high number of patents in itself is not a strategic goal of Siemens. Nevertheless, we are very happy to have made the top spot. Especially because this is a clear sign of the group’s ongoing innovative strength. In recent years we have always been among the top six applicants, with our competitors coming predominantly from Asia. There’s a reason we can keep up, and it’s because we have consistently focused our strategy on quality. As a result, we get higher-value inventions that lead to higher-value patents.

We then consistently seek to protect the patents internationally with a “value-driven IP strategy”. Siemens increasingly uses EP and PCT applications. We are going slightly less into German national applications than before. As a result of the new strategy, the overall transfer rate of our invention disclosures has risen and we file more internationally.

What are the benefits of European registration for this strategy?
It makes it easier for us to directly file EP or PCT applications. That way we avoid the detour via national priority applications. 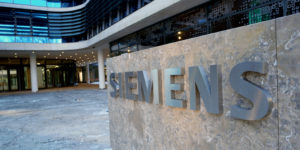 What are the reasons for the change in strategy?
Apart from the above mentioned value-driven IP strategy, Siemens made the conscious decision to take advantage of the Unitary Patent and the Unified Patent Court a few years ago. For this purpose we had to increasingly go into European registration.

What is Siemens doing internally to ensure high-quality patent applications?
We nearly always carry out state-of-the-art research. We try to keep quality as high as possible through internal quality control processes, peer reviews of applications and so on.

Which fields of technology stand out particularly from the 2018 figures?
We undoubtedly had the highest growth rates in areas of digitalisation, industry 4.0, automation technology, artificial intelligence and blockchain.

Will Siemens invest in completely different areas in the future?
No, at the moment these are our mainstays where we patent the most.

“For Siemens, the Unitary Patent and the UPC are
of great importance even without the UK”

The launch of the UPC and the Unitary Patent is currently up in the air. Is it necessary for Siemens to reverse its application strategy?
No. If there is no UPC, possibly we would apply for more national patents again. But even if it does enter into force, we would – especially with regard to Germany – also file national applications. This keeps the door open for us to sue before the German courts.

Do you still believe in the UPC at all?
Yes. The only question is, when will it come? I think the issue of unified patent protection is such an important measure for innovation in the European internal market, that the UPC will come at some point. I would therefore very much welcome a swift decision by the Federal Constitutional Court.

A UPC with or without the UK – which would you prefer under current conditions?
I would certainly find it regrettable if the UK was not part of the UPC. For us, however, the Unitary Patent and the UPC are of great importance even without the UK. This is probably even more true for the Unitary Patent than for the UPC, because it gives us easier access to patent protection in Eastern European countries.

In the UK, we can get patent protection through the old European patent procedure without any problems anyway. But we would very much like to cover Eastern Europe with the Unitary Patent.

What significance does UK participation in the UPC have for Siemens?
If the UK cannot participate, Europe is unlikely to achieve uniform case law. And if the UK is not part of the UPC, one can really ask oneself whether it made sense to let a judicial system limited to continental European be so strongly influenced by common law which is not even part of the system anymore.

What are the chances of creating a continental European UPC if the UK does not participate?
I can only say from the point of view of industry that even without the UK, a single European patent protection and legal system is of great interest. It would give an enormous boost to innovative strength and innovation protection in the EU. For me, this is simply part of a common economic policy and part of the internal market.

Siemens’ patent strategy is based on quality – a keyword making waves at the EPO. Does the filing procedure still meet your requirements?
I do get the impression that in recent years the discussion on quality has been conducted very strongly from the point of view of efficiency, rapid granting and early certainty. But it has been overlooked that a fast granting is not always desirable or sensible. There are technologies where the applicant has no interest in the patent being granted as quickly as possible. In gas turbine technologies, for example, getting a patent granted after just 24 months is not our highest priority.

New EPO president António Campinos will present his strategy in the next month or so. You’ve already had a chance to talk to him. What is your impression; will he take a different path than his predecessor?
I think so, yes. It seems to me that not only has he put the issue of patent quality to the top of the agenda; he also recognises that there should be more flexible ways of obtaining a patent. I am quite sure that the measures introduced will lead to an improvement in quality.

An open letter from patent attorney firms denounced the quality of the EPO’s granting procedures. What is your view on this?
Last week the VPP spring meeting devoted a whole morning to the topic. An EPO representative commented on a presentation by Thorsten Bausch, an initiator of the open letter. My impression is that people are coming together and realising that examination quality should not only focus of efficiency but include checking inventive step, novelty, etc. The industry has no interest in patents that ultimately cannot be enforced.

Currently another major topic of debate, especially in Germany, is the automatic injunction claim. You have a firm opinion on this.
Exactly. A patent system must be balanced. In Germany, the damages claim is relatively weak and, according to the licence analogy, de facto only grants the patent holder what they would have got anyway through a licence. In other words, for a potential patent infringer, the financial risk is relatively manageable. This is offset by a strong injunction claim.

The US system, on the other hand, has a weak right to injunctive relief, but high levels of compensation which are intended to deter patent infringers. In my opinion, if one were to mix the systems and to go more in the direction of US injunctive relief in Germany now, the German system would become unbalanced. So, we’d rather not change the injunction claim.

“We’d rather not change the injunction claim in Germany”

But many experts believe there is something not quite right with the German system now.
I agree. The government needs to try harder to stop the negative developments coming from bifurcation. A large part of the discomfort caused by the automatic right to an injunction is related to the so-called injunction gap between the first instance infringement judgment, and the judgment of the Federal Patent Court.

What can the German government do?
Nullity proceedings must be expedited again. In addition, the government should increase the staff for the nullity senates. Furthermore, the procedures should be streamlined and there should be a link to the infringement procedure. The infringement judges must know earlier where they stand with regard to the validity of the disputed patent. If there is reasonably doubt in the validity, they should stay proceedings more often. The injunction gap is simply unacceptable from the industry’s point of view.

Can you understand the critics’ point of view regarding the automatic injunction?
Yes, but only to a certain extent. It’s not only the telecommunications and automotive industries where highly complex products are attacked by non-practicing entities. Siemens also has highly complex products, such as power-plant control technology, industrial automation systems or magnetic resonance tomographs. We have successfully defended ourselves against claims from NPEs because we are really committed to do patent clearings. If needed, we also try to find workaround, challenge the patents or ultimately take a licence. Many industries often forget that there are two sides to the patent system. One can stand on the side of the patent owner, but also on the side of the potential infringer. We therefore must plan our measures accordingly.

This interview was conducted by Christina Schulze and Mathieu Klos

JUVE Patent’s interview with chief IP counsel of Siemens, Beat Weibel, is the first in a series of talks with the top patent applicants at the EPO. The next interview will be published over the coming weeks.