The Federal Constitutional Court has published its list of decisions for 2019. Once again, it contains the constitutional complaint against the UPC laws - but says little about the future of the UPC. In this respect, it is better to look toward London and Brussels. 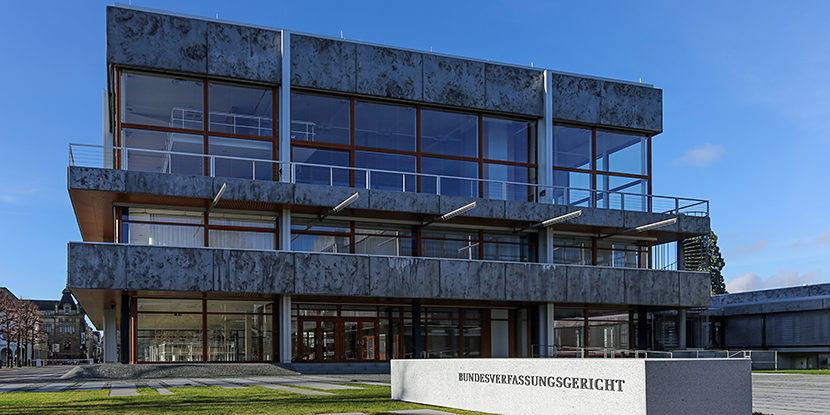 The German Constitutional Court in Karlsruhe, where the UPC process is under scruinty ©Klaus Eppele/STOCK.ADOBE.COM

“Nothing new from Karlsruhe.” That’s the latest news, or rather non-news, about the Unified Patent Court. Last week, the highest court in Germany published its preview of the decisions that will be announced this year. Among them is the constitutional complaint by Düsseldorf lawyer Ingve Stjerna against the German UPC laws.

Why is this important? In ruling on the complaint, the Federal Constitutional Court judges in Karlsruhe hold the future of the UPC in their hands. If Germany ratifies the UPC laws, the new patent court can start.

Since summer 2017, patent experts worldwide have looked to Germany to see whether the constitutional judges will clear the way for the UPC or  side with the complainant. But for a year and half, there has been no sign from Karlsruhe.

The Federal Constitutional Court’s annual forecast is not a particularly good indicator of whether the decision on the UPC will happen soon. Even experts jokingly refer to the published list as the “list of lies.”

The best example of the list’s infamous lack of urgency is the four constitutional appeals against the Boards of Appeal of the European Patent Office. The first from 2010, the last from 2016; the four appeals have long been on judge raporteur Peter Huber’s list, who is also responsible for the complaint lodged against the UPC by Stjerna.

Constitutional court judge Peter Huber is the judge raporteur in the UPC complaint.

Huber is regarded in Karlsruhe as one of the most thorough investigators of cases, and as a lateral thinker. Currently, two complaints against the European Central Bank and the banking union concerning the purchase of bonds loom heavily over Huber’s desk. For all the interest in patent law and the importance of a European patent court, it must be noted that these two complaints are of even greater significance and are likely to take precedence over a decision on the UPC.

A quick glance at the “list of lies,” then, tells us little about the future of the UPC. But those who listen more closely in Karlsruhe may have heard whisperings that Huber’s academic staff have prepared the UPC case for a decision. Nevertheless, this does not necessarily mean that the judges agree on the case, or will decide it quickly. There is currently no information or rumours on this score.

To know more about the future of the UPC, it is better to watch the greater stage of European and UK politics. Although admittedly both have been chaotic for weeks, when it comes to Brexit there are some signs that the UK might postpone withdrawal from the EU, instead of pursuing a hard Brexit, on 29 March. This would give the UPC , and above all the British patent community, a breather.

Indeed, talk currently coming from London and Brussels makes it seem that a UPC with the participation of the UK is more likely than a week ago. Under certain conditions, the UK government’s opposition party, the Labour Party, is warming up to the idea of backing a second referendum on remaining in the European Union. Council president Donald Tusk also recently brought an extension of Article 50 into play.

The tension in the face of a no deal scenario and thus no transitional regulation for the UPC has been clearly felt in London patent circles of late. At present, patent experts can sleep somewhat more soundly, dreaming of a potentially softer Brexit – and with the UK as part of the UPC.