A two-week trial involving patents for an anaemia drug has just concluded at the UK High Court. Although GSK settled its strand of the complex case beforehand, the remaining three parties continue to debate questions of infringement and equivalence. The drugs at the centre of the proceedings are both commercially and scientifically significant. 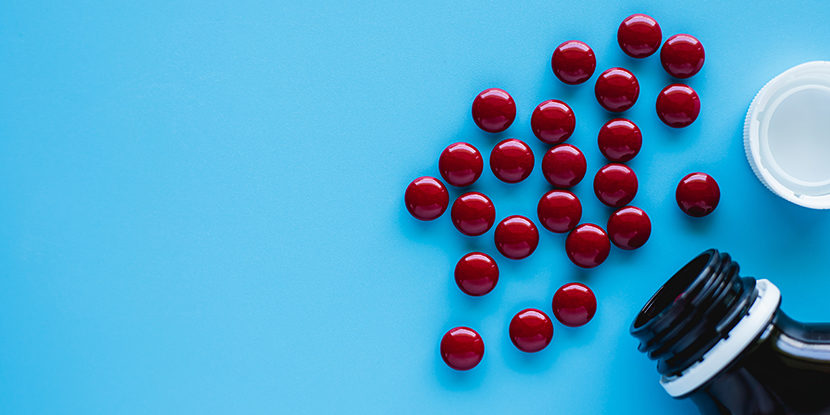 A new indication of anaemia drug is currently being fought over in the UK court, in a case involving three innovator companies ©Kesinee/ADOBE STOCK

In December 2018, Akebia and its licence partner Otsuka filed six revocation proceedings against US biotechnology Fibrogen. This was to ‘clear the way’ for the launch of its anaemia drug product. Revocation of the patents would allow Akebia to launch its own version of a drug for anaemia. Multinational pharmaceutical company GSK then also sought revocation of two of the patents in challenge. It also sought a declaration of non-infringement by the courts. Again, GSK wanted to ensure its product, a HIF prolyl hydroxylase inhibitor called daprodustat, could enter the market uninhibited.

Astellas, the Fibrogen licensee in the UK, counter-claimed for infringement. Astellas argues that both GSK and Akebia’s actions constitute an infringement of its patents. However, Akebia argued that the patents were invalid on the basis that its new use is not obvious to a person skilled in the art. The new drugs in development are a new class of indication which use an oral composition, rather than administration via injection. Fibrogen is also currently developing its own new indication which is clinical trials.

Indeed, such is the importance of the new biological mechanism, its developers William Kaelin Jr., Peter Ratcliffe and Gregg Semenza won the Nobel Prize 2019 for its discovery. It involved how cells sense and adapt to oxygen availability, technology on which the new class of drugs bases its function.

However, despite the ongoing litigation between Akebia, Fibrogen and Astellas, fourth party GSK has settled its invalidity and infringement disputes with Astellas and Fibrogen. The parties would not comment on the financial details, but settlement came the day litigation was due to begin. GSK had challenged the two Fibrogen patents for both validity and infringement issues (EP 14 63 823, EP 22 89 531). However, the settlement resolves disputes on both of these counts.

London boutique firm Powell Gilbert, in a team including name partner Tim Powell, represented GSK from the beginning of the process, including settlement. But for the teams which remain involved in the litigation, it has been an unusual case. The two-week hearing took place over the gradual encroachment of the coronavirus crisis, which has seen European courts in turmoil. The hearing between Akebia, Fibrogen and Astellas is therefore likely to be the last patent trial heard in person at the UK High Court for the foreseeable future. Sources told JUVE Patent that the UK judges wish to proceed with coming trials, but on a remote basis. 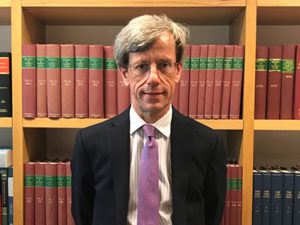 Furthermore, Richard Arnold was the presiding judge in the case. Arnold, who moved from the Court of Appeal down to the High Court specifically to hear the case, is well-regarded for his technical understanding. The move perhaps illustrates the commercial importance of the case, as well as the legal matters at stake, such as infringement by doctrine of equivalence. There is also currently a shortage of full-time patent judges at the High Court.

The judiciary promoted Arnold from the High Court to the Court of Appeal in July 2019.

All companies involved in the proceedings are innovators. Akebia and Otsuka, Fibrogen and Astellas have therefore all turned to firms well-versed for conducting litigation for innovators in complex pharmaceutical cases. The experienced pharmaceutical team at Hogan Lovells’ London office is the counsel of choice for Akebia. It is their first instruction by Akebia for patent litigation matters, having worked together with the innovator on previous regulatory cases. In other cases, the Hogan Lovells represents other innovators against GSK, for example Merck Sharp & Dohme.

The mixed firm in London, Carpmaels & Ransford, is working for Fibrogen. The 15-year relationship between Carpmaels and Fibrogen means the firm is responsible for the prosecution of patents in issue, as well as defending the patents in the EPO opposition proceedings. The patent attorneys at Carpmaels have been responsible for the EPO proceedings for a long time. Currently, these opposition proceedings remain ongoing both at Opposition Division level and Board of Appeal level. Furthermore, Carpmaels’ patent attorneys are advising the litigation arm in the High Court case.