US company Interdigital has accused Lenovo of infringing four patents essential to its 3G, 4G and LTE mobile technology services. Interdigital, which owns over 32,000 patents concerning 3G, 4G and LTE, has filed proceedings for a FRAND injunction at the UK High Court. Announced prior to October's Supreme Court hearing in Unwired Plant vs. Huawei, speculation is once again fuelled about SEP-holder friendliness at the UK patent courts. 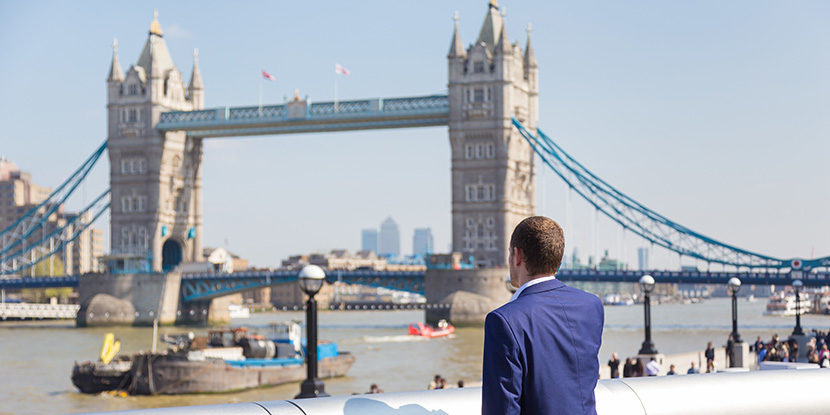 This autumn, will London be the focus of major FRAND disputes? ©kasto/ADOBE STOCK

On the 24 October, the UK Supreme Court will cast the final verdict in Unwired Planet vs. Huawei. In the meantime, however, discussions on FRAND in the UK are being kept alive and well by Interdigital. The research and technology company has filed a patent infringement case against Chinese company Lenovo at the UK High Court. This is Interdigital’s first patent litigation suit in over six years.

The UK part of four European patents are at the heart of the debate. EP (UK) 2 363 008 ‘Enables the efficient control of carrier aggregation in 4G (LTE).’ EP (UK) 2 557 714 ‘Supports the use of multiple antennae transmissions in 4G (LTE).’  EP (UK) 2 485 558 ‘Allows mobile phone users quick and efficient access to 4G (LTE) networks.’ EP (UK) 2 421 318 ‘Decreases latency during HSUPA transmission by eliminating certain scenarios in HSUPA where scheduling requests may be blocked.’

Interdigital is seeking a declaration that the worldwide licensing terms it offered to Lenovo are consistent with its FRAND commitment. Alternatively, Interdigital seeks a determination of FRAND terms for its 3G and 4G patent portfolio.

If these are determined, it seeks a FRAND injunction. But uncertainty around FRAND terms remain rife and in particular whether the outcome will be as patent-holder friendly as in previous UK judgments.

The outcome of Unwired Planet vs. Huawei is one of the most hotly-anticipated from any patents court in recent years. In 2018, a UK Court of Appeal ruling upheld that subjecting an implementer to an injunction was justified, if the implementer did not accept a global licence as FRAND. However, the court granted Huawei permission to appeal. EIP and Powell Gilbert will once again go face-to-face. The outcome will undoubtedly impact how companies perceive SEP litigation at the UK courts in the future.

Furthermore, a press release issued by Interdigital, which quotes president and CEO William J. Merritt, is telling. In it, Merritt explains that for Interdigital, litigation is a last resort. “We are [willing] to allow the economic terms of a FRAND licence to be determined via binding neutral arbitration.” However, ten years later and the companies have still found no resolution. “Our company [turns] to litigation only when we feel that negotiations are not being carried out in good faith,” says Merritt.

Some lawyers suggest his words signal an increasing willingness of companies to litigate at the UK High Court. Others suggest that it simply reflects the renowned standing of the UK courts, which is holding its own despite turmoil around Brexit and the UPC. Merritt explains, “In bringing this claim in the UK High Court of Justice, which has a history of examining standards-essential patent issues, we are hopeful for a speedy resolution and a fair licence.”

If upheld in the Supreme Court, experts believe the Unwired Planet vs. Huawei judgment will strengthen London’s position as SEP owner-friendly. But either way, the outcome is significant. The UK patent courts had tended to be more sympathetic to defendants until the Court of Appeal judgment. This meant many SEP holders, especially NPEs, were filing suits at German patent courts.

But only two SEP cases have ended up at the Federal Court of Justice in Karlsruhe since the Huawei vs. ZTE ruling in 2015. Hope for Germany now lies in its new 13th Civil Senate, which will hear antitrust suits under presiding judge, Peter Meier-Beck. This includes SEP cases, whose status in Germany is currently uncertain.

In Germany, lawyers and courts are still trying to harmonise SEP law under the CJEU guidelines.

Moreover, patent litigation concerning SEPs has become more difficult in Europe in recent years. The European Commission is examining if SEP holders are abusing their dominant market position to file for injunctions. The European Court of Justice set out clear rules for such motions in the Huawei v. ZTE case in 2015. But since then, the patent courts in Europe have been struggling to interpret the CJEU ruling and find a way to measure FRAND licence fees.

Telecommunications companies are getting excited for the global rollout of 5G. But for companies litgiating 3G and 4G patents, increased proliferation of the latest mobile communication technology is currently of less concern. The question on the lips of lawyers is more likely to be whether the UK court will maintain its patent-holder friendly approach to SEPs and FRAND.