Global beer giants AB InBev and Heineken have settled a dispute over beer dispensers. Sources close to the opponents revealed this information to JUVE Patent. Precise details of the settlement are not yet known. 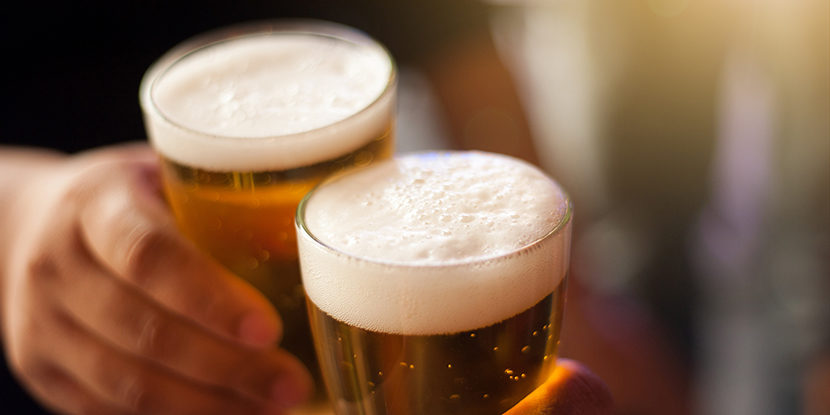 Last week, Anheuser Busch InBev and Heineken apparently agreed to settle their global patent dispute over state-of-the-art beer dispensers. This is according to statements from several sources close to the two companies. However, JUVE Patent has not received official confirmation of the settlement. Neither AB InBev nor Heineken wished to comment on details of the agreement.

According to sources, the parties have withdrawn all disputes across the US and Europe. As recently as 9 April, the High Court in London conducted a pre-trial hearing in an action brought by Heineken against AB InBev (case ID: HP-2018-000027). The court scheduled the hearing for five days from 27 April. However, the hearing did not take place.

The two beer behemoths were fighting over state-of-the-art beer dispensers. Also intended for normal household use, the kegs were set to be a million-dollar global business. The dispute centred on so-called PET bag-in-bottle kegs. These refillable plastic kegs are intended to replace traditional aluminium kegs. Both companies hold multiple patents for the system.

AB InBev sells such a dispenser system under the brand Nova; Heineken calls its product Blade.

The dispute erupted in spring 2018, when AB InBev initiated Federal Court proceedings. The parties also went before the International Trade Commission of the United States, as well as in the Netherlands. AB InBev alleged that Heineken infringed several of its patents relating to “bottle-in-bottle” technology.

However, AB InBev did not delay before filing a counteraction. Heineken initiated revocation claims against AB InBev patents, while fighting back with its own patents. Besides the US, where Heineken also filed an International Trade Commission (ITC) complaint against its rival, the dispute mainly involved patent courts in the UK and the Netherlands. The two opponents also faced each other in Germany, Belgium and at the European Patent Offices.

In total, the two companies disputed five US patents and four European patents. The circumstances leading to the settlement are unknown.

Just a few days ago, news agency Bloomberg reported that AB InBev SA is dropping a US trade case against Heineken NV. This is because Heineken is no longer importing its Blade or Brewlock beer dispensing systems into the US. According to Bloomberg, an AB InBev spokesman said the company had achieved its “desired outcome in this proceeding – namely Heineken’s withdrawal of its products from the market.” As a next step, Bloomberg says, AB InBev will move to reopen its civil lawsuit in New York, seeking monetary damages.

It is likely that the ITC cases filed by both parties played an important role in the settlement. Two April hearings scheduled for the patent courts in London and The Hague may also have prompted the two rivals to settle.

In the dispute, two patent firms which position themselves in the market for cross-border cases went head to head. In Europe, AB InBev hired a team from integrated firm Bird & Bird, a leader in the European patents market. AB InBev is reportedly a client of the firm’s Belgian patents group. However, the patents team brought its experience in the coordinated handling of cross-border cases into play.

Heineken hired Amsterdam-based IP boutique Brinkhof for the first time to co-ordinate the European proceedings. The firm has enjoyed very close relationships with German IP boutique Vossius & Partner and Bristows in London for some time. In recent years, the merger of the three firms when the Unified Patent Court launches has been a persistent rumour in the European patent market. This would see the firms match up to the large, integrated patents teams of Bird & Bird or Hogan Lovells.

However, since the end of March, the UPC launch has been delayed still further. The three boutiques should now be able to nurture friendships with other firms more openly again.

The dispute between AB InBev and Heineken shows that both an integrated setup as seen at Bird & Bird and a networked approach, like that of Brinkhoff, Bristows and Vossius, work when there exists well-oiled links between the lawyers. (Co-author: Amy Sandys)