Brinkhof and Vossius shake up UPC with new brand offering

Brinkhof and Vossius & Partner have announced the formation of a new brand, Vossius & Brinkhof UPC Litigators. In the future, the two firms will bundle all UPC activities under a common umbrella brand. They have also made steps to establish a Paris office, which will support further activities at the court. 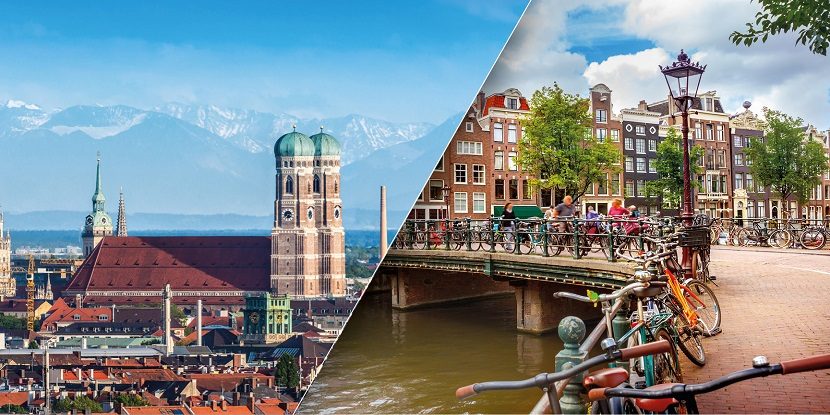 If the Dutch law firm Brinkhof and the German law firm Vossius & Partner have their way, Vossius & Brinkhof UPC Litigators will have a decisive influence on the proceedings before the Unified Patent Court in the future.

The two law firms, which are already among the market leaders in their respective countries, will in future bundle all UPC-related client advisory activities under the brand name Vossius & Brinkhof UPC Litigators. However, the two remain independent law firms in every other aspects.

In the future, both firms will handle all UPC work jointly and with mixed teams. The law firms recently signed an agreement to this effect, and in UPC proceedings the lawyers will act under the new brand.

„With this strong combination of two internationally renowned patent litigation practices, we will be able to offer our clients first-class service in the new system“, says Gerhard Hermann, Partner at Vossius & Partner.

Richard Ebbink, senior partner at Brinkhof,  says, “The new system will be a European system, based on its own rules. The predominant language will be English. Our combined firms have the experience, language skills, breadth and energy for operating in such a system. We are ready for it.”

Spokespeople at the firm emphasised that, for proceedings in Paris or Milan, the firms would call in best friend firms if necessary. The firms are preparing corresponding agreements with local outfits. However, Vossius and Brinkhof will continue to conduct national patent proceedings independently under their own brands.

An office in Paris

In future, European patent attorneys who have acquired an additional qualification in litigation can conduct proceedings before the UPC. Additionally, many experts assume that, unlike in Germany, the UPC will hear nullity and infringement suits together. This means that joint advice from patent attorneys and lawyers on the advisory side will become increasingly important. Vossius & Brinkhof UPC Litigators is set to provide such a service.

With offices in Amsterdam, Düsseldorf and Munich, the new firm is present at important UPC locations. Furthermore, the two law firms will open a joint office in Paris especially for UPC proceedings. The office will operate under the brand name and will primarily serve proceedings at the Paris Central Division, as well as at the central court, which will hear mainly nullity suits. The firms have not yet decided whether lawyers will work permanently from the office.

The cooperation will come as no surprise to many market participants, since the two law firms have a long-standing close friendship. Since 2016, the market has rumbled with rumours of an imminent merger. At this time, both law firms also had a noticeable number of joint activities with Bristows.

Observers consider the London IP firm a strong supporter of the UPC. However, when Brexit and a constitutional complaint in Germany derailed the launch of the UPC in subsequent years, plans for joint activities between the three firms apparently evaporated. In 2020, Bristows had to bury their UPC plans when the UK government declared its departure from the project.

However, Brinkhof and Vossius continue to work closely with the London firm on numerous cases. But both firms have also established close relationships with other law firms, such as Kirkland & Ellis. Vossius and Brinkhof stressed in a joint press statement that their “existing relationships will continue as before.”

Michel-de Cazotte can conduct proceedings before the UPC, while the firm’s European patent attorneys are also authorised to represent clients before the new court.

However, Vossius and Brinkhof’s approach – namely, to bundle the UPC activities under one umbrella brand while remaining nationally independent law firms – is so far unique in Europe.

Until now, European law firms have tended to favour loose collaborations or complete mergers. One example is Hoyng ROKH Monegier, which was formed between 2015 and 2018 through the merger of Hoyng in the Netherlands, Reimann Osterrieth Köhler Haft in Germany and Véron & Associés in France. All three firms were already among the market leaders in their countries at the time. The firm expanded this position on a European level.

Taliens chose a European presence from the beginning, with German and French partners of Olswang establishing their own firm together in 2017.

On the other hand, large mixed law firms such as Hoffmann Eitle and Bardehle Pagenberg have expanded independently for several years, with each firm launching new offices in Europe.

The brand’s joint activities will focus primarily on litigation before the UPC. Europe expects the new court to open its doors in the first quarter of 2023. It will rule on the legal status of the new unitary patent, as well as European patents that owners have not withdrawn from the jurisdiction of the UPC. The court will also consider infringement of these patents.

When it launches, 16 EU member states will participate in the court. However, eight other countries have yet to ratify the UPC Agreement, including Spain and Poland.

In addition to a common brand, the law firms have also agreed on joint marketing, including a common logo, email addresses and a website. In practice, lawyers from both firms will always work on UPC cases. Currently, Brinkhof has 17 lawyers, one of whom is dual-qualified as a patent attorney. The Vossius patent team currently has 55 patent attorneys and 14 lawyers.