UPC Rules of Procedure amendments focus on opt-out and privacy

The UPC Administrative Committee has confirmed the updated Rules of Procedure, which provide the backbone for governance of the supranational court. The amended rules make particular reference to the UPC's opt-out guidelines, introducing a new rule, as well as clarifying ongoing questions around confidentiality. Both have been a major topic since the court was first signed into agreement in 2013. 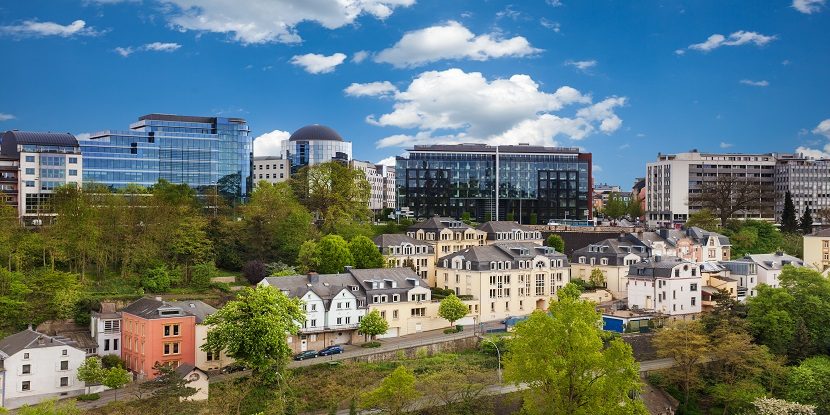 On 8 July in Luxembourg, the UPC Administrative Committee decided on its long-awaited updates to the court's Rules of Procedure. Now, the UPC website has published the amendments in full ©Sergey Novikov/ADOBE STOCK

Rules of Procedure in play

Yesterday, the UPC website published the amendments set out by its deputy chairperson, Johannes Karcher. Article 41 (2) of the Unified Patent Court Agreement now formally adopts the Rules of Procedure of the UPC. In publishing the updated rules, which the UPC Administrative Committee decided on 8 July 2022 in Luxembourg, the committee has now fulfilled its role of establishing guidelines for effective governance of a court with a jurisdiction spanning 16 countries. They will come into force on 1 September.

According to JUVE Patent sources, despite its recent update, the creation of a composite version of the rules is ongoing. It is likely the committee will make these publicly available in mid-August.

Nevertheless, with the legal framework of the UPC all but finalised, the ‘sunrise’ period of preparation is set to begin. The court should open its doors to litigation in March 2023.

In and out of the UPC

Commenting on LinkedIn, Wouter Pors, partner and head of IP at Bird & Bird in The Hague, says, “The most important change is that an opt-out needs to be signed by all proprietors at the moment of the application for all EPC countries for which the patent was granted or the patent application was designated.”

Now, the opt-out rule change reflects the UPC also being under the jurisdiction rules of the Brussels Regulation. The changes also deal with EP-granted patents for countries outside of the UPC. 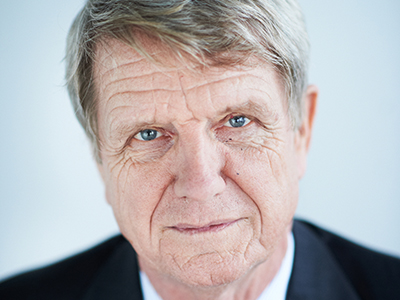 Willem Hoyng is partner at Hoyng ROKH Monegier in Amsterdam and chair of the UPC Advisory Committee, which is tasked with recruiting the court’s judges. He says, “If a Dutch company infringes a European patent in all 38 members states, then the Local Division in The Hague could grant a preliminary injunction for all states.

So if a company does not want an EP in the UPC system, the opt-out will now also be valid for the European patent of non-UPC countries. This shows how efficient the UPC can be for the patentee.”

According to UPC observers, previously many potential patentees were unaware that an opt-out possibility existed for non-UPC countries. Hoyng says, “In my opinion, this eye-opener and the high quality of the judges will lead to fewer opt-outs.”

Opt-out the in thing

Following updates and changes made in May, the amended Rules of Procedure place particular emphasis on the opt-out procedure. For cases involving big-ticket litigants, for example leading pharmaceutical companies with blockbuster patents, patent proprietors and/or applicants are keen to understand the rules surrounding their patent rights.

Vittorio Cerulli Irelli, partner of Milan-based IP firm Trevisan & Cuonzo, explains that he expects generic drug companies, as well as companies with large patent portfolios that wish to monetise their assets, to have the most interest in the UPC.

Cerulli Irelli says, “Opt-outs will mostly be relevant for generics, as originators will often avoid the UPC becoming an instrument to facilitate – procedurally and financially – invalidations of important assets by generics. It is likely that the rule 5A will have more significance in the pharmaceutical industry.” 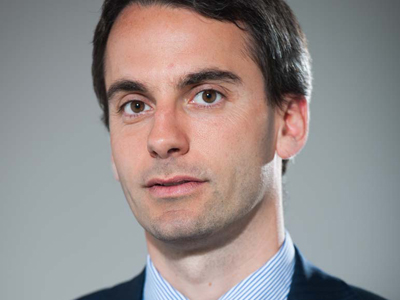 As such, he foresees opt-outs being less relevant in industries where patentees typically have large portfolios of assets, such as in the electronics and telecommunication sectors. Companies in these industries tend to harbour fewer blockbuster patents, although frequently they own multiple SEPs and implementation patents.

He says, “Here, the UPC will immediately become part of the enforcement toolkit, with patentees testing the various local divisions in the early days of the court. Firms are already devising strategies with clients, pending clarity on the few remaining open points.”

As Cerulli Irelli points out, the amended rules include an entirely new stipulation regarding opt-outs: “Application to remove an unauthorised application to opt out or unauthorised withdrawal of an opt-out.” Published as Rule 5 A, the amendments detail how the UPC can deal with such a scenario if it arises, as well as the various court representatives a patent holder must go through to keep their patent in the system.

Peter Thorniley, partner at Venner Shipley, says, “The update addresses a gap where previously erroneous opt-outs could progress without check, while at the same time still keeping the onus off the UPC Registry to proactively review each request for an opt-out.”

As such, the amended rules state that only the proprietor or applicant can challenge the opt-out application, based on a scenario where someone else fraudulently or mistakenly opts out a patent.

However, says Thorniley, “The amendments do not address the scenario where the proprietor or applicant filed an opt-out in the first place, but did so without complying with the rules. The latter case might end up being tested when bringing an action, for example a revocation action, before the UPC.” 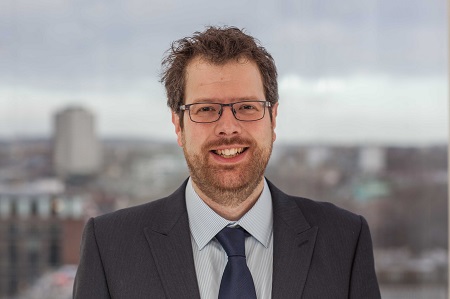 Aside from the issue of opt-outs, how the court will approach transparency in decision-making and judgments has been a source of consternation.

Since participating member states first signed off on the UPC in 2013, ongoing GDPR developments have threatened the extent to which the court can make its administration and judicial output public.

Now, in Rule 262 and 262a, the revised Rules of Procedure stipulate that the public will have access to the content of all decisions and orders. However, judges will remain responsible for redacting any confidential or personal data before formally issuing the decision or order.

The update notes that although it sees a “general public interest in making the UPC register public, it is also true that the publication of personal data of the parties and third parties which enjoy a high level of protection does not seem mandatory under the UPC Agreement.”

As such, the committee appears to have decided that the court “should not grant access to all documents to the public without taking precautions for the protection of the personal data of (third) parties.”

Hoyng says, “During the litigation, a party can ask to keep certain information such as business secrets confidential. If the court agrees, these will not be part of the published decision. It is considered very important certainly at the start that decisions and orders are immediately available for all users of the system.”

Thus, the rules distinguish between decisions and orders on the one hand, and written pleadings and evidence on the other. The court confirms that it will publish decisions and orders, for example those produced via judicial reasoning, automatically on the website, with written pleadings and evidence in a specific case publicly available only via reasoned request. It states, “The CMS [content management system] is configured in a way that the public can take note of the existence of documents and orders but not their contents”.

A judge rapporteur will ultimately decide on this. However, the rules also note that ‘non-written’ evidence, for example recordings of pleadings, should also be made publicly available. With the UPC set up to be a paperless court, much of the onus is on the computer systems and those operating them to provide as much, or as little, transparency as possible.

Presumably, the upcoming judicial and administrative training will focus heavily on achieving confidentiality and transparency. The training phase is set to take place across September and October, in Budapest.

Cerulli Irelli says, “The overall transparency of the system will actually be higher than that currently available in most jurisdictions. The beta version of the CMS of the court, which we could see in workshops, shows that third parties will be allowed to monitor dockets, seeing for example the status of cases and submissions. This is not possible in most national jurisdictions and would be an important factor for the UPC.”

Video conferencing continues to be a hot topic among Europe’s patent courts and offices. Much has happened since the UPC last updated its Rules of Procedure in 2017. As such, amendments in Rule 104 and Rule 112 now acknowledge an increased prevalence in home working in the wake of the pandemic, which undoubtedly continues to influence daily working structures.

It also takes into account the emissions generated by long-distance commuting, which previously would have been an inevitable consequence of a court spanning 16 countries. On the other hand, the court is not turning to video conferencing as its de facto method of organisation.

The amendments also allow members of the public to attend hearings, even if the court hosts these remotely – another nod to its commitment to transparency.

Furthermore, given its international set-up, the UPC should have a clear commitment to mitigating its impact on climate change. As such, the committee must be seen to take these concerns seriously – proliferation of video conferencing is one way the court can achieve a more sustainable balance.

Now the UPC has finalised the amended Rules of Procedure, in the coming weeks the Administrative Committee will also make public its final selection of judges for the UPC. It has also confirmed that Austria (Vienna), Belgium (Brussels), Denmark (Copenhagen), Finland (Helsinki), France (Paris), Germany (Düsseldorf, Hamburg, Mannheim, Munich), Italy (Milan), the Netherlands (The Hague), Slovenia (Ljubljana) and Portugal (Lisbon) will host regional divisions, with the Nordic-Baltic division mainly located in Sweden (Stockholm).

Ljubljana and Lisbon will host the UPC’s Patent Mediation and Arbitration centre.

Furthermore, member states are putting a renewed focus on which city will host the Central Division which previously belonged to London. In previous years, Dutch capital Amsterdam and the northern Italian city of Milan have vied for the title. However, despite ongoing political unrest, it is looking increasingly likely that Milan is the frontrunner.

According to a recent report in the Kluwer Patent Blog, despite The Hague lobbying hard to secure the division, the Dutch prime minister Mark Rutte has told an Italian colleague that the Dutch would give up their aspirations.

Cerulli Irelli says, “Even if things may change in view of the current political instability in Italy, we understand that the dossier is being followed with continued interest by the Italian government and the delegated deputy minister of foreign affairs.”

Apparently, observers are also taking note of Milan’s prowess in patent litigation. He continues, “We understand that there may be a broader interest amongst UPC member states and the commission in having a southern European economy with a major industrial sector playing a more active role. Should Milan host the central pharma division, this might have beneficial spill-over effects on the Italian litigation system as a whole.”