All eyes on Luxembourg in Nokia and Daimler patent battle

The battle between Nokia and Daimler has a new forum. Nokia has withdrawn its appeal against the referral of FRAND issues to the CJEU. In August, Nokia won its first infringement ruling against Daimler at the Regional Court Mannheim. But now the Higher Regional Court Karlsruhe has prohibited Nokia from enforcing the automatic injunction. Luxembourg is the next location for the dispute. 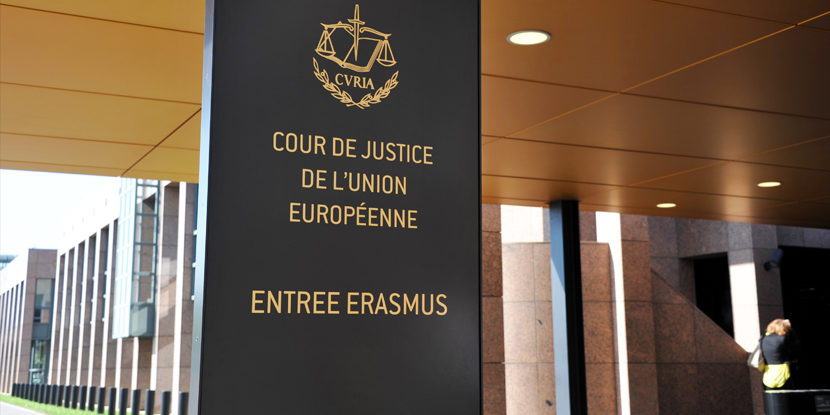 For the time being, Nokia cannot enforce the injunctive relief from an infringement ruling of the Regional Court Mannheim against Daimler. The Higher Regional Court Karlsruhe ordered this measure on 12 February. Daimler has appealed against the Mannheim Regional Court’s ruling.

A date has yet to be set for the oral hearing. However, this may no longer be decisive. Nokia has since cleared the way for the CJEU to clarify important FRAND issues.

Last week, Nokia withdrew its appeal against a decision by the Regional Court Düsseldorf to refer parallel proceedings against Daimler to the CJEU.

Globally, the judgment became known as the €7 billion verdict, since the court ordered a security deposit of €7 billion. This is probably one of the highest amounts ever set by a German patent court.

It is likely that this high-security deposit stopped Nokia from ever enforcing the judgment. Now, the Appeal Court in Mannheim has formally forbidden Nokia from doing so.

Daimler and its numerous suppliers of connectivity modules for cars (Telematics Control Units) had applied to the Higher Regional Court Karlsruhe to completely prohibit the enforcement of the judgment. However, the parties were only partially successful. The court stayed the enforcement of the injunction, but not in relation to paying damages, providing information and the rendering of accounts (case ID: 6 U 130/20).

Nevertheless, this was a crucial win for Daimler and its suppliers. Daimler can still manufacture and sell its cars with TCUs.

The Regional Court Mannheim ordered the injunction, despite Daimler expressing its willingness to licence. The carmaker had agreed to accept a licence from Nokia under the German right to specify performance (in German: Leistungsbestimmungsrecht according to §315 BGB).

According to this, a court would either have to classify Nokia’s offer as FRAND-compliant or specify a licence rate itself. The Regional Court saw this as a delaying tactic by Daimler. Thus, the court found Daimler to be an unwilling licensee.

The Higher Regional Court did not comment as to whether Daimler is a willing licensee. However, the court also did not accept the first-instance court’s reasoning. As such, the decision will stand until the court decides in the main proceedings.

In November 2020, the Civil Chamber 4c of the Düsseldorf court, under presiding judge Sabine Klepsch, referred a Nokia case (case ID: 4c O 17/19) to the CJEU for clarification.

The Düsseldorf judges asked the CJEU to take a position on ten detailed questions. The main question, regarding the production chain issue is, “Is there an obligation for priority licensing of suppliers?”

But the questions go far beyond the matter of requirements for a FRAND licence in a production chain. Rather, the questions ask the CJEU to clarify the obligations of the SEP holder and implementer, as set out in the Huawei vs. ZTE judgment (case ID: C-170/13).

Furthermore, the Düsseldorf judges also ask when a licence offer from an SEP holder is considered FRAND-compliant. Both questions are controversial between the German patent courts.

Thomas Kühnen, presiding judge of the 2nd civil senate, would have ruled on the appeal. Kühnen has long favoured a licence in a production chain.

Apparently, Nokia speculated that the case would end up with Ulrike Voß, presiding judge of the 15th civil senate. Voß’s opinion on the submission issue is less well-known. The Regional Court can now officially send its questions to the CJEU.

As a reaction to the Düsseldorf referral, last December Nokia withdrew two other connected cars cases against Daimler. Nokia subsequently re-submitted both cases to the Regional Court in Munich (case ID: 21 O 16304/20 and 7 O 152/21).

Karlsruhe and Munich on the same page

Like in Karlsruhe, Nokia suffered a setback in Munich. In October, the Regional Court ordered an injunction against Daimler (case ID: 21 O 3891/19). The court granted Nokia’s claims in full, ordering injunctive relief and damages. The action is based on the infringement of a Nokia UMTS patent.

Overall, Nokia has two full judgments against Daimler. However, the Finnish company is not currently enforcing the important injunction. This means that Nokia lacks the crucial trump card at the negotiating table with Daimler and its suppliers. The Regional Court Düsseldorf’s referral further weakens Nokia’s position.

Nokia currently has a total of ten suits pending against Daimler before the German patent courts. The proceedings in Düsseldorf are now on hold until the CJEU judges deliver their verdict.

Four suits are pending in Mannheim, although two are suspended. Daimler won one case, Nokia the second. Both are on appeal at the Higher Regional Court Karlsruhe.

Five proceedings are now pending in Munich, including the two suits transferred from Düsseldorf. The court suspended one; another went in Nokia’s favour. The Regional Court has not yet heard the remaining three.

It is unlikely that the proceedings in Munich, Mannheim or Karlsruhe will now be decided before the CJEU ruling.

The parties and their litigators have known each other since the early days of the connected cars dispute between Nokia and Daimler. They have remained essentially unchanged over the past 24 months.

In the proceedings before the Higher Regional Court Karlsruhe, Sierra Wireless appeared publicly for the first time as co-defendant for Daimler. The Canadian wireless communications equipment manufacturer joined the disputes between Nokia and Daimler as co-defendant last summer.

Update 13.04. 2021: Meanwhile, it became public that the CJEU has received the referral from the Regional Court Düsseldorf, registered under case ID C-182/21.