Simmons & Simmons is reinforcing its Munich office with patent attorneys of renowned German law firm Isenbruck Bösl Hörschler. At the same time, the international law firm is concentrating its German patent team in the Munich office in order to accelerate its Europe-wide expansion. 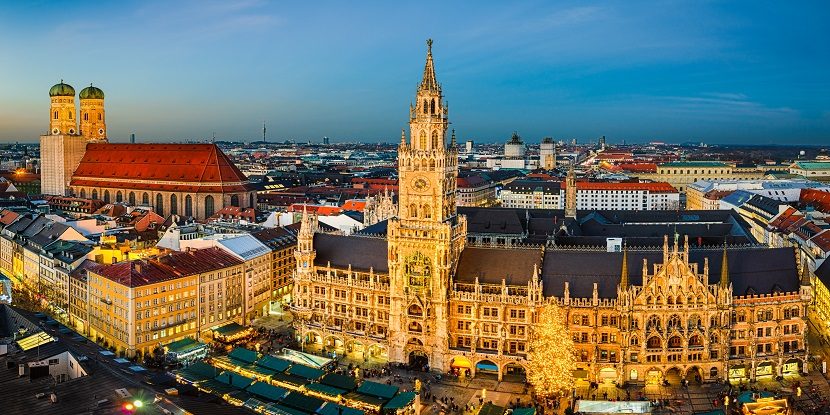 The Munich patent attorney team has a strong focus on pharmaceutical and biotech patents. Lahrtz and Nottrott are also known for their work in EPO proceedings and nullity actions. In addition, they have worked alongside external lawyers in German infringement proceedings.

However, they will now conduct these proceedings with Simmons’ patent litigators. Peter Meyer, who heads the German patent team, has a strong focus in this area, for instance through his relationship with Bayer.

Lahrtz and Nottrott’s most important clients include Roche Diagnostics and its Japanese subsidiary, Chugai Pharmaceutical. Lahrtz and a team are leading a strawman objection at the European Patent Office against CRISPR/Cas patents owned by Sigma. The partners were also active for Hormosan Pharma against Gilead in a nullity claim regarding an SPC for Truvada.

Through the addition of the Isenbruck team, Simmons & Simmons is considerably expanding its Munich office. Until now, the firm has included seven partners, two counsel and nine associates, plus further staff. This also includes the five-lawyer-strong patent team around partner Thomas Gniadek.

In the future, partner Peter Meyer will shift his focus from Düsseldorf to Munich in order to support the integration of the new patent attorney team.

For Simmons, the changes mean that Munich will be the centre of its German patent practice in the future. As such, the firm is taking into account the growing importance of the Munich patent court. The city is also considered a central location in the new European patent system, given that it will host a Unified Patent Court division, as well as the European Patent Office. The UPC is expected to start its work at the end of this year.

In Düsseldorf, the Simmons patent team will initially work with a senior associate experienced in pharmaceutical litigation, as well as a counsel experienced in the interface of FRAND litigation and antitrust law.

With the addition of the patent attorney team, Simmons & Simmons continues its expansion in European patent law.

Of all the large, pan-European patent litigation practices, Simmons & Simmons is perhaps the most frequently underestimated. Following significant staff turbulence over the past five years in the UK and Germany, the firm is now impressively demonstrating the potential of its international network.

In 2020, the firm brought in Thomas Gniadek from Noerr to revitalise the patent team in the Munich office. Gniadek focuses on SEP and mobile phone lawsuits, though he also advises clients from other sectors. His most prominent client is currently Chinese handset makers Xiaomi and Oppo in various patent infringement suits.

The firm also recently restructured its team in the Netherlands, bringing in partner Oscar Lamme from De Brauw Blackstone Westbroek, who is experienced in SEP litigation, in 2020.

Currently, the patent team is present in Amsterdam, London and Munich.

However, more recently the UK office has invested in building up its own patent attorney practice. In 2018, it brought in Kevin Cordina from Olswang, now CMS, in London. He specialises in the electronics, telecommunications, and medical device technical areas. As a result, the team broadened its technical expertise.

At the same time patent attorney Johan Renes joined the firm in Amsterdam, with a focus on biotech patents. Johan Renes was a partner at DLA Piper until May 2020, in the meantime working in-house for genetic engineering company UniQure.

With the new arrivals from Isenbruck, the patent attorney team counts a total of nine patent attorneys at the Amsterdam, London and Munich offices. In addition, 13 patent litigation partners and 35 associates work for the firm throughout Europe.

For many years, Simmons & Simmons was a strong supporter of the Unified Patent Court, with long-time London partner Kevin Mooney a ‘founding father’ of the court project. It is likely that, through building a strong mixed approach with litigation-experienced patent attorneys, the firm is aiming to be well-placed to advise large patent cases at the UPC.

Like Hogan Lovells and Bird & Bird, Simmons & Simmons has a mixed approach of patent litigators and patent attorneys. However, unlike the two market leaders in Europe, Simmons & Simmons offers a much more comprehensive patent prosecution service.

Following the loss of the Munich team, the focus at Isenbruck will shift to the two well-positioned offices in Mannheim and Düsseldorf in the future. There, the pure patent-attorney firm has a strong focus on chemical patents, for example through its intensive work for BASF and Clariant.

Both offices also handle clients from the pharma and biotech sectors. Robert Bosch is an important client of the Mannheim office in mechanical patents.

According to JUVE Patent information, around 15 patent attorneys will continue to work across the two offices, plus an unknown number of attorneys in Munich. The role that this office will play in the firm’s future strategy is currently unclear, as is how Isenbruck intends to strengthen the office again. The firm has not yet commented on the departures in Munich, or its plans for the future.

In the past, the firm had deliberately conducted patent litigation together with lawyers from external firms. It therefore decided against taking on lawyers from its own ranks.

The firm split off from Bardehle Pagenberg in 2002. In the years following, numerous patent attorneys left for other firms.

This article was updated on 16.02.2022 to reflect the latest developments in the Simmons & Simmons hire of Isenbruck’s Munich office