Ones to Watch in Dutch patent litigation 2021

In JUVE Patent's recent Netherlands patent ranking, five lawyers drew the market's attention with their impressive development. The 'Ones to watch' are no longer youngsters, but do not yet count among the ranks of senior litigators. However, their increasing visibility and prowess in some of the country's major cases over the past year means all are well on their way to becoming the crème de la crème in their craft. JUVE Patent's new category recognises five of these impressive patent litigators. 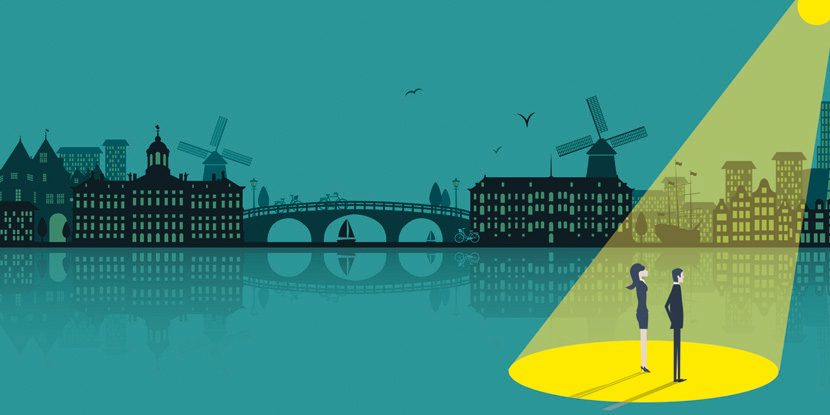 JUVE Patent’s Ones to Watch Netherlands 2021: 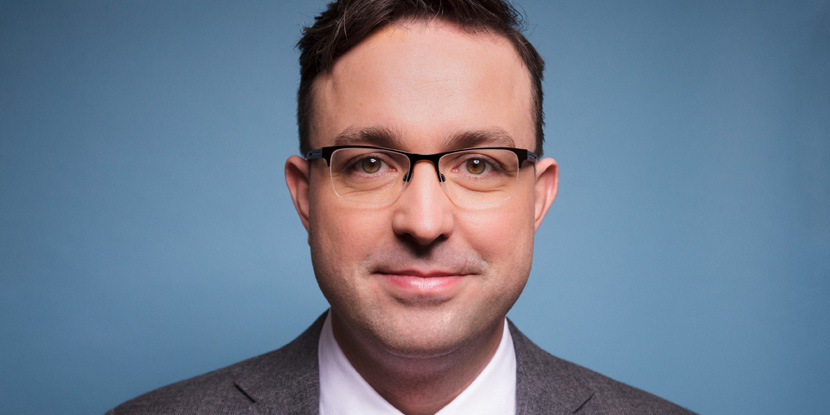 Rien Broekstra first studied computer science before moving into law. Colleagues praise him as being a “passionate lawyer” and “a rising star for mobile communications suits.”

Rien Broekstra took his time with his final career choice of law, first studying computer science and telematics. From 2005 to 2010, he ran the company Medicalbits in Amsterdam, which provided automation solutions for medical practices. Then, in 2013, Broekstra took an entirely new path and studied law. Brinkhof elevated him to partner at the beginning of 2021, after only six years at the firm.

But investment in two degrees is paying off. His knowledge and experience from the computer industry are proving an asset in his ability to conduct major mobile communications proceedings before the Dutch patent courts. Over the past two years, the District Court in The Hague has heard almost no high-stakes mobile communications cases without Broekstra involved on one side or the other.

Broekstra is very visible, for example, for Xiaomi and Oppo against SEP holder Sisvel. Another client on the implementer side is Wiko, which is fighting lawsuits against Philips with a Brinkhof team. He also usually teams up with Brinkhof senior partner, Richard Ebbink. For High Point, the two sued the Dutch mobile communications operator KPN over SEPs.

However, although mobile communications cases are Broekstra’s clear speciality, he also frequently works for Brinkhof’s regular client Sandoz in pharmaceutical cases. Here Broekstra, like his partners, focuses largely on work for generics companies. 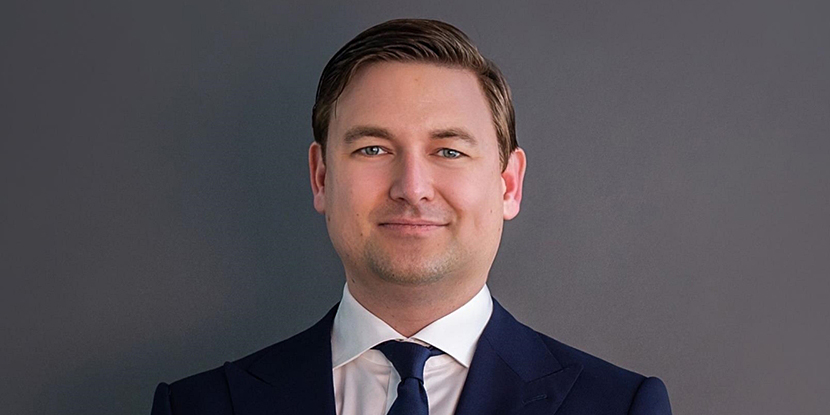 Although trained as an all-rounder, Tjibbe Douma is especially focused on telecommunications and mobile cases. A competitor praises him as “highly competent for telecoms and FRAND”.

In February 2021, the 38-year-old litigator Tjibbe Douma moved from heading up the Dentons’ patent practice to becoming a partner at Bird & Bird. Now he envisages a future where an upcoming UPC plays a key role in the firm’s work.

At Dentons, Douma was already cutting an impressive figure through his work for Assia in the telecommunications case against KPN and co-defendant Nokia. At Bird & Bird, Douma is working for Ferring in a case against Serenity/Avadel over diabetes management drug desmopressin, as well as co-ordinating parallel trials in the US. The case and its intricacies highlight Douma’s flexible approach to complex cross-border litigation.

Bird & Bird’s hire of Douma is also providing further impetus for the firm to expand to Amsterdam. This comes alongside it acquiring other telecommunications clients such as Sisvel. Here, Douma acted as one of the lead partners in its now-settled cases against Oppo, OnePlus and BBK, as well as against Xiaomi.

The firm winning these instructions shows its commitment to maintaining a presence in the important SEP cases currently shaping European patent litigation – and, crucially, trusting in Douma’s abilities to lead such a case, despite joining the firm just recently. The young partner also harbors an interest in AI, an area in which Bird & Bird is well placed to invest more time, especially through Douma’s technical expertise.

The firm, which is mainly based in The Hague, now has concrete plans to set up shop in Amsterdam at the end of the year. This indicates, too, that Tjibbe Douma is a strong and stabilising presence in Bird & Bird’s patent litigation team.

Implementers, not patent holders: Simmons & Simmons’ most recent addition is repositioning himself in mobile communications cases 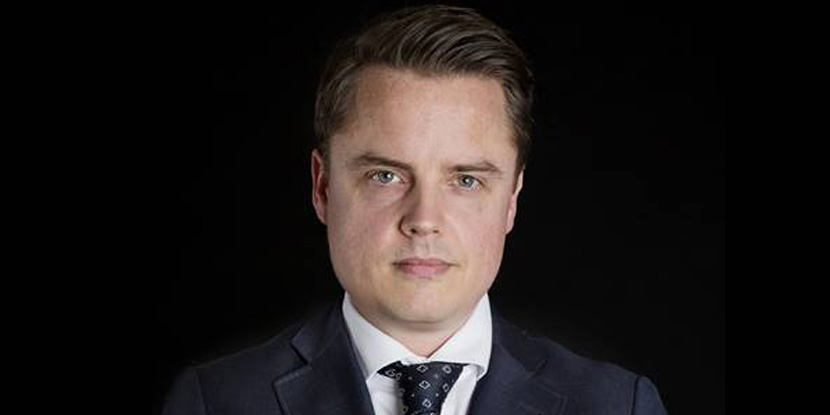 Since Oscar Lamme joined international firm Simmons & Simmons in October 2020, from Dutch full-service firm De Brauw Blackstone Westbroek, he’s found a very different working world. Here, mobile communications cases for implementers like Xiaomi; there, SEP suits for patent holders like Sisvel. And above all, he is finally a partner.

With a combined technical and legal background, it was the natural choice for the 41-year-old Lamme, to become a patent litigator with a strong focus on mobile communications suits. He made a name for himself early on for his intensive work for Sisvel, with the NPE and SEP holder lately one of the most active claimants against Chinese implementers in the Dutch patent courts.

However, Lamme is so far unable to bring his experience in SEP suits into play in his first year at Simmons, due to Xiaomi being an important client for the European practice. In the future, he is blocked from working for an implementer against Sisvel. However, in other cases Lamme is free to leverage his mobile experience.

Thus, Lamme initially concentrated on pharmaceutical cases, bringing experience in this field to Simmons. In his previous firm, he conducted litigation for pharma company GlaxoSmithKline and medical product manufacturer Zimmer Biomet. At Simmons, he took on litigation for a European original drug manufacturer.

Lamme’s appointment in Amsterdam is part of Simmons’ Europe-wide expansion strategy. This also involves stepping up activity for mobile communications companies before the German, Dutch and UK patent courts, as well as an imminent UPC. Certainly, there is no lack of opportunity for Lamme to demonstrate his expertise in this sector. 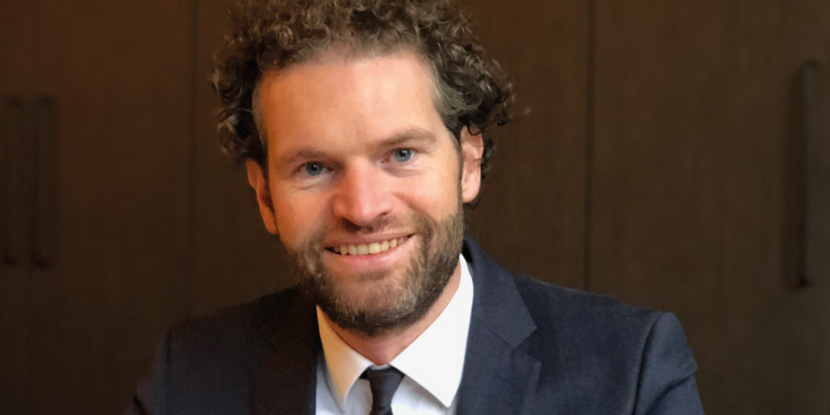 Arvid van Oorschot comes recommended by other Dutch patent litigators for his broad expertise. He is often hired by other foreign firms for his expertise in cross-border pharma cases.

Arvid van Oorschot joined Vondst as partner in January 2018, having previously gained patent experience at Brinkhof and Freshfields. However, only with Vondst has the 43-year-old really gained visibility.

His firm is known like no other in the Dutch patent market for its strong focus on pharma cases for generics companies. But of course, the IP boutique handles cases across a much broader technical spectrum. And this is what the market know van Oorschot for.

He is currently litigating for Tomra over steam peeling technology, and for Zavod Prodmash over road safety devices. But to stand out from the crowd of Dutch patent litigators, a lawyer needs a clear specialty; at Vondst, the specialty is generics manufacturers. As such, Van Oorschot has teamed up with the other Vondst partners to work for Teva in various infringement suits by originator drug manufacturers.

For example, he is active for Viatris in cross-border proceedings against a Novartis SPC. Over the last three years, van Oorschot has steadily evolved into an all-round litigator visible before the Dutch patent courts. Among other things, he is active in nullity suits against the property rights of originator manufacturers.

With such expertise, there is a good chance that one of the first UPC cases involving pharmaceuticals will involve van Oorschot. He definitely wants to be part of the action – but above all, he wants to win UPC cases. Van Oorschot also hopes to be a good mentor for the next generations of litigators and to help boost Vondst’s visibility in cross-border disputes. 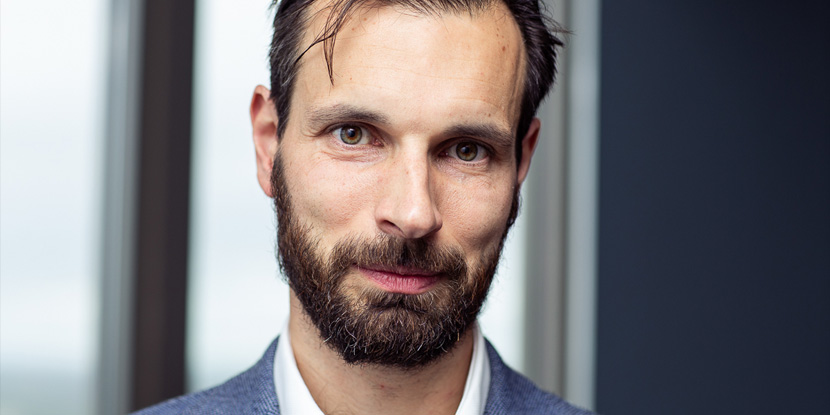 Peter van Schijndel is “impressive in building up a strong client base” and “cuts an impressive figure in his cases”, say competitors.

As a less senior partner, achieving recognition at a top-ranked firm amid a myriad top-ranked lawyers is no easy task. However, through an impressive array of cases for pharmaceutical and biotechnology clients, as well as high visibility at the Dutch courts, the market is recognising Peter van Schijndel as a key player.

A partner at Hoyng ROKH Monégier since 2017, a major case for the 38-year-old van Schijndel is the high-profile cross-border dispute between pharmaceutical companies Ceva Santé Animale – his client – and Bayer, over a veterinary preparation for piglets. And he is involved in several other cases for innovator pharmaceutical companies, including for AstraZeneca over damages for Seroquel, and for AbbVie regarding arthritis drug Humira.

In fact, the success in these cases so far is indicative of the firm’s developing prowess in pan-European disputes. Van Schijndel leads much of this work alongside the highly-regarded Theo Blomme. For a firm as well-established in so many different European jurisdictions as Hoyng ROKH Monégier, a strong bench of next-generation leading partners is a crucial asset. When this includes a litigator such as van Schijndel, this elevates the firm’s potential to attract and retain international clients.

Indeed, many in the Dutch patent market see Peter van Schijndel as a successor to the internationally-renowned law firm’s founder Willem Hoyng. This is certainly true when it comes to handling large pharmaceutical cases. While this is a lot of pressure for a young lawyer, it also counts for enormous praise from competitors. He certainly has his eyes on the future.