Richard Arnold has been appointed today as one of five judges at the UK Court of Appeal. A specialist in intellectual property, Arnold previously served in the UK High Court. He fills the vacancy left by David Kitchin, who was promoted to the Supreme Court in autumn of 2018. 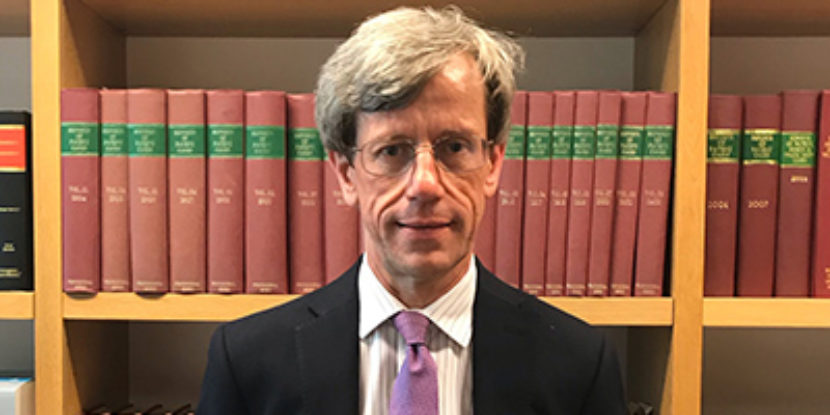 Arnold has specialised in IP both as a judge and in his time as a barrister. Recent cases overseen by Arnold include finding a patent held by non-practicing entity Conversant infringed but invalid. He also refused to allow Warner-Lambert to launch an interim injunction against Actavis in a dispute over ‘skinny label’ products.

Richard Arnold was admitted as a barrister in 1985 and practised at 11 South Square chambers. The High Court, Chancery Division then appointed him as a judge in October 2008. Subsequently, in April 2013 Arnold was made Judge in Charge of the Patents Court.

In 2016, the Enlarged Board of Appeal of the European Patent Office appointed Arnold as an External Member. In 2017, the University of Westminster awarded Arnold an Honourary Doctorate of Law for his services to IP.

The appointment may come as a surprise to some IP specialists. JUVE Patent research has often suggested that Colin Birss, appointed to the High Court in 2013, was the favourite to replace Kitchin.

Colin Birss is well-known for his UK High Court decision on global FRAND licences in the landmark Unwired Planet vs. Huawei case. The UK patent community also holds him in high regard. Indeed, Birss ranked ahead of Arnold in a JUVE Patent survey on favourite patent judges for the long-awaited UPC. 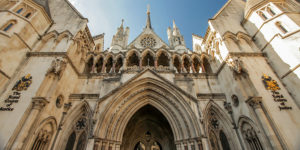 But this is not to say Arnold does not hold weight among the London lawyers. “Arnold’s rigour and intellectual heft will make him an excellent appointment to this position,” one lawyer told JUVE Patent.

“From a patents perspective, it will be interesting to see what he does with some of the more unsettled issues of law in the next few years.”

An IP barrister based in London says Arnold’s intelligence is what sets him apart as a high-quality judge. “He has an amazing breadth of knowledge displayed in many long and scholarly judgments.”

A partner at a leading London firm described the appointment as “long overdue.” However, they also noted that some in the patent market might be surprised at the decision. A barrister told JUVE Patent, “It will be interesting to see how Arnold performs in the Court of Appeal and how he interacts with the two other members of an appeal court.”

David Kitchin was appointed as a Supreme Court judge in 2018. Arnold is his replacement. Kitchin presided over the global licence decided in the Unwired Planet vs. Huawei case during his tenure at the Court of Appeal.

Now speculation abounds as to who will replace Richard Arnold at the Patents Court. Colin Birss is currently on circuit around the UK, which leaves a space for an IP specialist. One barrister postulates, “Birss is on circuit to widen his experience and so is probably also destined for the Court of Appeal before long.”

Lately the UK judicary has had to contend with a certain amount of reluctance to join its ranks. Lack of financial incentive, the high workload and a more solitary approach to working are variously considered contributing reasons for this. However, recent initiatives are encouraging applications from barristers and solicitors with a variety of backgrounds.

Of the current group, Richard Hacon, who currently oversees the Intellectual Property Enterprise Court (IPEC), is a possible contender. One London lawyer describes Hacon as “capable and efficient.” Other names heard by JUVE Patent include Daniel Alexander and Richard Meade, both currently Queen’s Counsel at 8 New Square.

Richard Arnold will now be styled as Lord Justice Arnold, where previously he was Mr Justice Arnold. The other judges appointed to the Court of Appeal are Sue Carr, James Dingemans, Stephen Phillips and Andrew Popplewell.