“The UPC has the support of UK judges”

Before his appointment as a Supreme Court judge, David Kitchin presided over the global licence decided in the Unwired Planet vs. Huawei case at the Court of Appeal. Kitchin is therefore privy to the developments of FRAND across Europe and its lack of consensus between jurisdictions. Potential for a UPC remains, says Kitchin. If it goes ahead, it could harmonise the FRAND landscape. Meanwhile, a strong network of judges across Europe are attempting to harmonise current legislation. 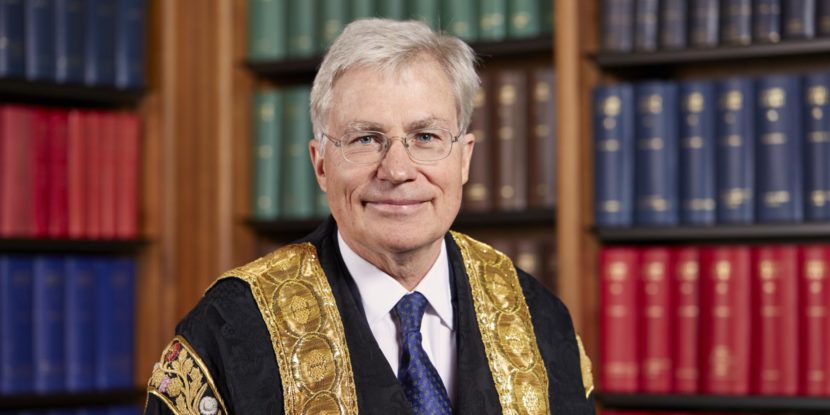 David Kitchin discussed the developing approach of the UK courts to FRAND, equivalents and second medical use claims last Monday at a GRUR reception at the Industrie Club, Düsseldorf ©Supreme Court

JUVE Patent:“Finding common ground” was the title of your speech at a GRUR reception in Düsseldorf. Do you see a common ground of European patent courts regarding FRAND, equivalence and second medical use?
David Kitchin: Decision-making by judges in countries party to the European Patent Convention is becoming increasingly aligned. Approaches to FRAND issues, equivalents and second medical use claims illustrate this. But our approaches are not yet the same. Indeed, judges in the UK Supreme Court have not reached agreement themselves about the correct approach to infringement of second medical use claims.

Nevertheless, the situation is improving and that is because there is now much more discussion and communication between judges in different countries. Judges now meet regularly to discuss these and other difficult issues. We consider each other’s judgments; all of us attach importance to the decisions of the Technical Boards of Appeal and the Enlarged Boards of Appeal at the EPO.

We must also keep in mind that the UPC package will soon be in operation. This is an extra imperative for the development of well-thought out and consistent decision making by judges in different countries. 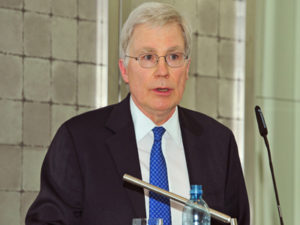 Do you still believe in the UPC?
The UK is fully committed to the UPC. The government believes that the UPC and Unitary Patent project are an important way to simplify the protection of innovative products and processes across the Union. It has the support of the UK judges in this field too.

What is your opinion on the current state of FRAND across Europe?
The FRAND landscape is developing because the law is relatively young. Cases in different jurisdictions have not always been presented in the same way. For example, in some cases the courts have only been asked to settle the terms of a national FRAND licence. In other jurisdictions the court won’t settle the FRAND rate.

So the decisions in such cases have often not dealt with the issues recently addressed in the UK. We will see how the decisions of courts in different jurisdictions influence each other in the months to come.

Would the UPC be a forum to harmonise FRAND law in Europe?
The general harmonisation of FRAND law, if not done by judges, could be achieved by international agreement. For example, some have suggested that it may be desirable for FRAND disputes to be submitted to arbitration. In the meantime we, as judges, must deal as best we can with cases in our national courts. We must continue to discuss with each other the issues which these cases raise. If the UPC were to deal with FRAND issues, that would be a driver for even greater harmonisation.

Will Brexit affect FRAND cases in UK courts?
The UK’s exit will not affect the current European patent system under the EPC. UK businesses will still be able to apply to the EPO for patent protection which will include the UK. Brexit will not affect existing European patents which designate the UK. As for the UK patent courts, these will continue to operate just as they do now. I hope and expect that businesses will continue to see the UK as an attractive jurisdiction to have their patent disputes heard and that applies to FRAND disputes as much as any other.

What’s your opinion on automatic injunctions in Germany, compared to the UK?
Interim injunctions are granted before the rights of parties have been determined, so the court asks if there is an arguable case of  the infringement of a valid right. If so, the court will decide whether to grant the injunction pending trial on what is generally described as the balance of convenience test. It will try to steer a course which carries with it the least risk of injustice at the end of the day. After trial, the position is quite different. At that point the trial judge has decided whether the patent is both valid and infringed. If the patentee succeeds on both questions, it has established that its rights have been infringed.

“Harmonisation of FRAND law can be achieved”

But any injunctive relief must still be proportionate and the court has a discretion as to the terms of the injunction. But following a finding of infringement and validity, the court will generally grant a final injunction, although it may suspend that injunction pending an appeal. There will be cases where an injunction is either refused or limited. For example, if it has a major impact on public health. Each case must be considered in light of its own facts.

What about injunctions in FRAND cases?
The FRAND world might raise similar arguments. For example, where granting an injunction might lead to the shutting down of a network. We will have to wait and see what the outcome of such a case is, and it will depend upon the facts of the particular case.

The UK courts often refer questions regarding SPCs to the CJEU. Will this remain so, post-Brexit?
The court referred a question to the CJEU in March of this year in the Eli Lilly and Genentech case, despite finding that all the claims of the patent defended by Genentech were invalid. The judge explained in his judgment that he would nevertheless make the reference for two reasons. First, because his decision might be reversed on appeal, and it is conventional in the UK that an order for the revocation of a patent is suspended pending an appeal. Second, because there might not be jurisdiction to make references to the CJEU in these cases, or any cases after Brexit. 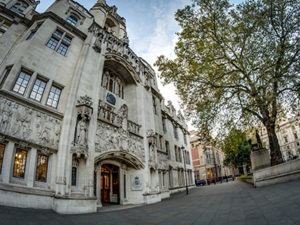 Supreme Court of the UK

Would the UPC change anything in SPC law?
I can’t predict what the UPC will or will not decide. But as I have mentioned, I think it is it inevitable that national judges will pay attention to decisions of the UPC.

Are the UK patent courts in a strong position to recruit future talent?
High Court judges deal with complex cases and so they must have great ability. It is a challenging but also an extremely rewarding job. I was in practice as a barrister until I was 50 years old and have been a judge for 14 years, first in the High Court, then in the Court of Appeal, and most recently in the Supreme Court.

I have enjoyed all these positions enormously. They have also given me the opportunity to meet colleagues in many different countries throughout the world, and I have made wonderful friends. Being a judge is a great job and I hope others will see it as such.