The UK judiciary has announced the promotion of Colin Birss to the UK Court of Appeal. Birss, a specialist IP judge, joins the Court of Appeal in autumn. The High Court has yet to confirm Birss' replacement. 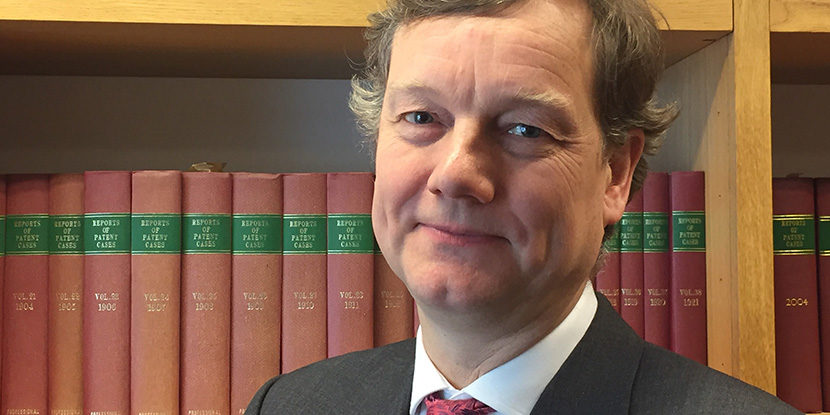 Colin Birss is the latest IP recruit to the UK Court of Appeal, alongside Christopher Nugee

At the end of July, the UK judiciary announced two new additions to the Court of Appeal’s judicial bench. From October, specialist IP judge Colin Birss joins from the High Court alongside fellow Chancery Division judge Christopher Nugee. The High Court will appoint two replacement judges, in October 2020 and in January 2021.

In 1990, 3 New Square chambers admitted Colin Birss as a barrister and he became Queen’s Counsel in 2008. In 2010, the Patents County Court (now Intellectual Property Enterprise Court) appointed him as its Special Circuit Judge. Before Birss’ tenure, many in the London patent community regarded the IPEC as unfit for purpose. In a previous conversation with JUVE Patent, Birss said, “I had been a barrister specialising in intellectual property for about 20 years and was a QC looking for a change. The opportunity came up to help with the reforms to what was then the Patents County Court.”

Birss on the rise

Birss’ promotion is the latest in a succession of changes to the UK’s specialist IP judiciary. The patent courts have seen some turbulence over the past year. In October 2018, the Supreme Court welcomed Court of Appeal patent specialist judge David Kitchin to its ranks. Richard Arnold made the leap from the High Court to fill Kitchin’s role in June 2019. Then, in July 2019, well-regarded High Court patent judge Henry Carr passed away.

But now the question of who will replace Birss is once again at the fore. With Arnold and Birss, as well as Nugee, residing on the Court of Appeal bench, there is no question that the High Court must rapidly find replacements. Nugee is also known for presiding over several high-profile IP cases, for example the first hearing in the recently-decided case concerning Lufthansa, Safran Seats and Panasonic.

With the UK officially no longer participating in any potential Unified Patent Court, a strong judiciary will have to act as one of the jurisdiction’s greatest assets. As such, the patent community expects two appointments in the coming October and January.

Of the current group of deputy judges, Richard Hacon, who currently oversees the IPEC, is a possible contender. One London lawyer describes Hacon as “capable and efficient”. Other names heard by JUVE Patent include Daniel Alexander and Richard Meade, both currently Queen’s Counsel at 8 New Square.

The market speculates that neither Alexander nor Meade are keen for the top job. However, this is not impacting their popularity among UK patent lawyers. According to one UK patent lawyer, “There is speculation that Douglas Campbell might join, as well as Daniel Alexander, but we have thought this before. Someone would certainly be needed for the very technical patent cases, and Daniel Alexander could comfortably do that if he wanted.”

A name also often heard by JUVE Patent is Douglas Campbell, barrister at 3 New Square. Seen as efficient and capable, Campbell has presided over several cases as a deputy judge, especially since the beginning of the coronavirus pandemic. An example is the technical trial between IPCom and Vodafone over European patent EP 25 79 666.

But, recently, patent lawyers are also throwing other names into the mix. There are strong rumours that the judicial appointments bench is considering at least three different patent barristers from eminent IP chambers. Others still express hope that the appointment of a female judge or an ethnic minority judge will bring welcome diversity to the UK judiciary.