The Irish government has reaffirmed its commitment to participating in the Unified Patent Court, announcing it will hold a referendum in 2023 or 2024 at the latest. It is one of the only UPC signatory countries where participation depends on a public vote. Ireland's common law traditions and access to US clients could be an important addition to the UPC system. 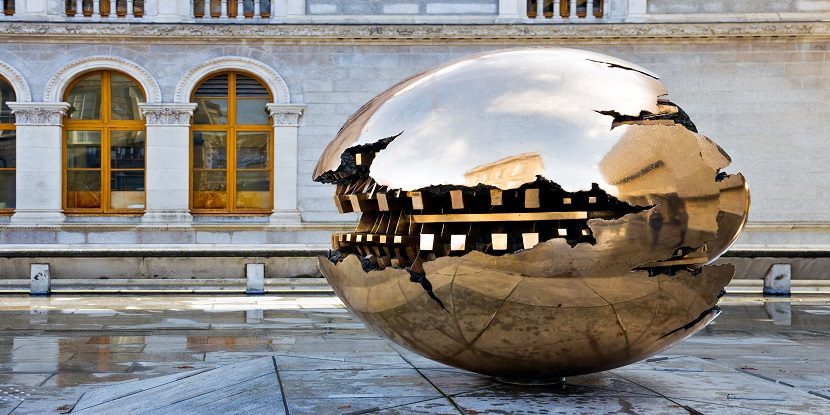 Ireland has announced an upcoming referendum on its participation in the UPC, although it is not likely to go ahead until 2024. The picture shows the sculpture 'Sfera con Sfera', which resides at Trinity College Dublin ⒸVanderWolf Images/ADOBE STOCK

In an announcement published by the country’s Department of Enterprise, Trade and Employment, the government of Ireland has reaffirmed its commitment to holding a public referendum on participation in the Unified Patent Court. If it goes ahead, it will allow the UPC to create a local division in the Irish capital of Dublin.

But compared to the other signatories, Ireland is in a unique position. Its common law traditions could mean it is a key asset to the supranational court system, which the member states founded on such principles. With the UK previously the UPC’s main guide for such judicial-led case law, the UPC is now turning elsewhere for such expertise. Ireland could be a top choice, should the referendum be favourable.

Current Irish Tánaiste (deputy head of the government of Ireland) Leo Varadkar says, “A single Unitary Patent and Unified Patent Court is good for business and for SMEs. It will save money and time and give all parties more certainty. We will consider the other referenda we have coming up and see how best to fit this one in.”

He explains that, since the referendum will be held alongside other elections, the government will not put out the ballots in 2022. According to the announcement, “It could be next year or concurrent with the Local and European Elections in 2024.”

A regular criticism of referendums is that they hand the public a decision over an issue which is perhaps less commonly understood. This is especially true regarding the UPC, given the relative complexity of patent law systems and the UPC’s relationship with the EU. As such, in the announcement, Varadkar addresses the need for common understanding as behind the wait for a referendum.

“It’s important to prepare. I’m conscious that it will need a good public information campaign to explain its significance and that takes time, resources and planning,” he says.

Although the country could have held the vote in the past eight years, various uncertainties have held it back. For example, Brexit and the UK’s subsequent withdrawal from the project, as well as German constitutional complaints, had put the UPC project on hold and caused delays in ratification among other states.

However, in January 2022, the preparation phase officially began, following Austria depositing its instrument of ratification of the Protocol for the Provisional Application of the UPC (PAP) with the European Council. Now that the UPC is set to launch in early 2023, it is vital that other interested states, including Ireland, decide on participation as soon as possible.

Naoise Gaffney is VP and head of IP at biopharmaceutical company GH Research, as well as chair of the corporate IP group at Ibec. The group is a leading Irish business confederation, which is vocal in its support for Ireland’s participation in the UPC.

Speaking to JUVE Patent, Gaffney says, “Ibec has tried to highlight the importance of conducting a referendum since last year, when Germany resolved its constitutional complaint. Through our reports and communication, we want to highlight the positive impact a local Irish division would have not just on the UPC, but also on Ireland’s economy.”

He continues, “To that end, Ibec is trying to communicate to the Irish government how important it is to take the UPC seriously. We also want to emphasise that, if the government wants to capitalise on this opportunity, it must move quickly. While we understand that the road to the UPC has not been easy, we are of the view that 2024 is too late for a referendum. Stakeholders in Ireland are continuing to push for a 2023 referendum, and we are giving them our full support.”

This month, it became clear that the UPC Administrative Committee has set a date to decide on the supranational court’s judicial bench. From 8 July, the UPC’s 90 full- and part-time judges will successively be informed of their new positions. JUVE Patent is not yet aware if any, or how many, Irish judges have applied.

But other contracting states may well welcome Irish patent experts into the mix, given their common law approach. In this regard, the recruitment of Irish judges could be a boon for the system. Such expertise could lead to a smoother transition and training process for judges from other countries, most of whom use different legal structures.

Many stakeholders also view Ireland as strategically positioned to attract US clients to litigate at the UPC. Gaffney says, “Ireland could be the best place in Europe to sell Europe to the US.”

Furthermore, English as one of Ireland’s native languages could put the country in a good position to make a bid for a Central Division, should the referendum yield a positive outcome. With London the former site of the court’s pharmaceutical division, cities such as Paris, Amsterdam and Milan are jostling to take over as host. Perhaps, if the issue is not resolved by the time – and if – Ireland joins the UPC, Dublin could be a strong contender.

Ultimately, however, Germany has not yet ratified the agreement. However, when the state parties are confident that the court is functional, Germany will deposit its instrument of ratification of the UPC Agreement. As a result, this will trigger a countdown until the agreement’s entry into force. It will also set the date for the start of the UPC’s operations.