The UPC Administrative Committee has set a date to decide on the supranational court's judicial bench. From 8 July, the UPC's 90 full- and part-time judges will successively be informed of their new position. Meanwhile other issues, such as functioning IT systems and the relocated pharmaceutical division, are also being resolved. 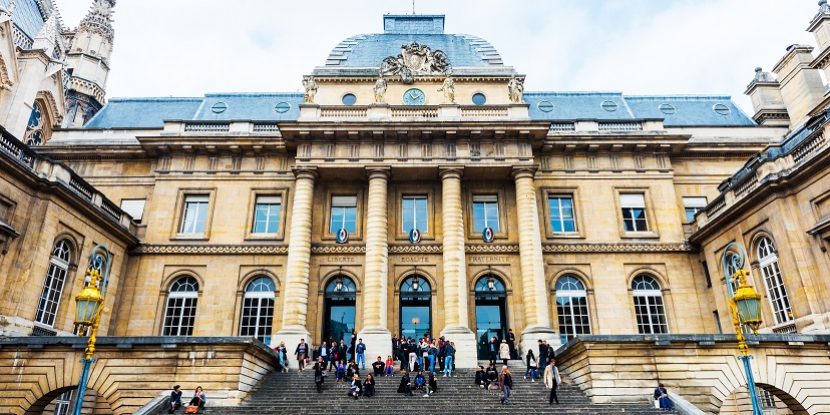 The UPC Administrative Committee is set to consider its final list of judges for the Europe-wide court from 8 July, after the Advisory Committee whittled down 1000 applicants to 170 in an intensive interview process. The Palais de Justice, pictured, is the location for one of the main UPC divisions ©resul/ADOBE STOCK

Notwithstanding another hurdle, the Unified Patent Court looks set to go ahead. 2022 began well for the project. On 19 January, Austria deposited its instrument of ratification of the Protocol for the Provisional Application of the UPC (PAP) with the European Council, meaning the PAP immediately entered into force.

Then, on 22 February, the Administrative Committee appointed its Advisory Committee. This sub-committee is tasked with recruiting UPC judges, with interviews of short-listed candidates then taking place between mid-March and the end of May.

Now, some reports pin the UPC’s start date to be as soon as early 2023. The eagerly-awaited UPC judges list is soon to be published.

Following the UPC’s calls in 2016 and 2019 for legal and technical judges, the Advisory Committee received over 1000 applications. It then invited 170 to interview. The Administrative Committee, on behalf of the UPC, aims to appoint 90 judges altogether. The committee breaks this down into five full-time and 35 part-time legally-qualified judges, as well as 50 part-time technically-qualified judges.

For each position, the Advisory Committee made two recommendations. According to JUVE Patent sources, the Administrative Council will receive the final list on 8 July 2022. But Katalin Lubóczki, coordinator of the HR and Training Working Group Administrative Committee, explained to JUVE Patent that the final list of UPC judges is unlikely to be available before August.

“The final, official appointment of the judges is dependent on the acceptance of the job offer,” she says.

“On the other hand, in light of Article 19(1) of the Service Regulations, the successful candidates will need to undergo a medical examination and provide a certificate that they are medically fit to carry out the duties of the office, before the letters of appointment can be issued.”

In terms of the criteria for judges, the UPC has already set out its required qualifications and age limits on its website. Language skills, especially in English, a broad knowledge of the UPC and its associated case law, experience in advising and judging in patent matters, and citizenship of a member state are a given. All require at least ten years’ experience as a bar-qualified legal professional for roles generally higher than first-instance courts.

But individual countries often request a more specific approach. Some countries, such as France, set at the highest level an entry-barrier of 17 years of experience. Italy asks for eleven years of experience from the second instance upwards. It also requires an additional seven years, on top of the eleven, for third-instance courts.

A number of countries also require numerous academic and training requirements. In the case of Austria, candidates must apply for a judge position by going through one of the ‘trainee judge’ roles. For Belgium, they must pass an exam to demonstrate professional competence.

Occasional terms also refer to the judge’s standing, such as being “of good repute” in the case of Lithuania, or having “requisite social skills” in the case of Germany. Interestingly, Austria is the only country to have a clause referring directly to a diversity policy. It notes, “In case of equal qualification, women shall be preferred until a rate of 50% is reached in a certain group of positions.”

Furthermore, some limitations exist regarding minimum age for prospective judges. In the case of France, the guidelines impose a minimum age of 35. Across all the participating states the average age of mandatory retirement is 67.

Lubóczki says, “The main goal is to ensure the high quality of the court, by recruiting judges who ensure the highest standards of competence and have proven experience in the field of patent litigation.”

Since the UK withdrew from the UPC project in February 2020, the guidelines do not permit its judges as candidates. Current EPO Boards of Appeal members can also not apply to be technical or legal judges.

With the UPC beginning judicial training in September and October 2022, the current plan will be as follows:

Eye to the future

In these fledgling stages, observers are keeping an eye on the court’s progression. It remains to be seen whether the current number of judges will adequately cover the wide scope of the new court. Indeed, some observers are expressing concerns over whether current numbers will oversee a smooth operation.

With judicial training due to begin in autumn, the UPC has only a short time in which to plan its operations. In addition, the courts’ IT system needs finalising to ensure compliance with incoming corporate function systems. Decisions on the implementation of opt-in and opt-out for patentees are also still pending.

Despite the guidelines set out on the UPC website, up to now the diversity of recruits with regard to ethnicity, cultural background and sexual orientation, as well as gender balance, remain unknown. Austria is seemingly the only country with a strong line on providing equal numbers of male and female candidates. Although, considering the general imbalance existing across patent courts in Europe, achieving parity may overall be a difficult task.

In the medium term, however, it is expected that a showcase court such as the UPC will be required to develop a policy through which it can uphold more broadly accepted social standards.