The patent for a novel pepper plant is once again within Syngenta's grasp. The patent had previously been rejected but in the seed company's appeal, the Boards of Appeal declared the European Patent Office's current granting practice for plant and animal patents invalid. The case has been considered to be politically highly explosive. 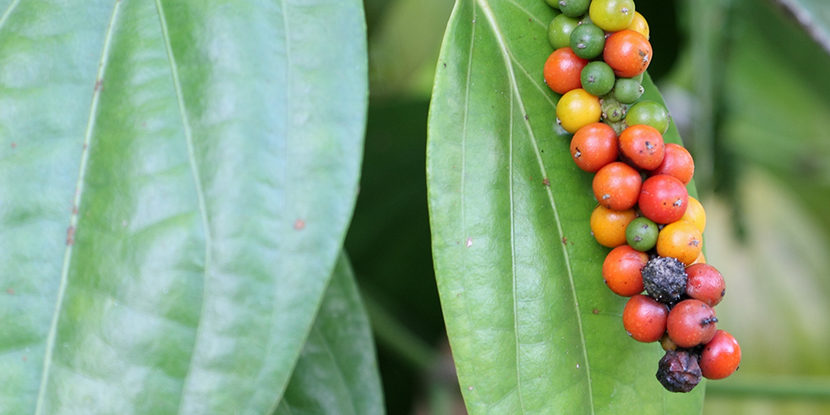 In the course of the proceedings, there was talk of the EPO disregarding fundamental principles of the rule of law. However, following Wednesday’s decision, the Boards of Appeal have provided greater clarity for registering patents for biologically modified plants and animals.

It held that Rule 28 of the European Patent Convention, as amended by the Administrative Council in 2017, contradicted Article 53 EPC. Syngenta’s application to register ‘New pepper plants and fruits with improved nutritional value’ (EP 2753168) should therefore not have been rejected by the EPO on the basis of Rule 28 (case ID: T1063/18). The court did not consider it necessary for the Enlarged Board of Appeal to review EPO practice.

Now the EPO must re-examine whether the underlying invention is new and whether the claims are sufficiently clear.

In principle, new plant varieties and animal breeds are not patentable in Europe, nor are biological methods for breeding them. This is regulated by Article 53 b) EPC: “European patents shall not be granted in respect of plant or animal varieties or essentially biological processes for the production of plants or animals; this provision shall not apply to microbiological processes or the products thereof.”

Article 53 is based on the Biotechnology Directive 98/44 EC. This, like Article 53, left open the question of whether products of essentially biological processes are patentable, thus giving rise to a loophole. In order to patent genetically modified plants, the applicants formulated their patent claims in such a way that they contained no reference to essentially biological processes. This practice had also been found admissible by the Enlarged Board of Appeal.

In 2016, however, the European Commission attempted to prevent this and clarified in a controversial notice that the products of essentially biological processes also fall under the ban set out in the Biotechnology Directive. This prompted the Administrative Council in 2017 to amend Article 53(b) by amending Rule 28. Subsequently, the products of essentially biological processes were no longer patentable.

A number of lawyers have called this questionable. The Düsseldorf patent attorney Gregor König, who participated in the proceedings with his firm by filing a petition, described the rule change as a ‘violation of the principle of the separation of powers.’ On whose behalf König filed the petition is unknown. The Administrative Council exercises the legislative function within the European Patent Organisation but it is not responsible for interpreting the EPC laws, neither is the EU Commission. That fate falls to the Enlarged Board of Appeal as the highest court instance.

In his submission, König also described the retroactive application of Rule 28 to ongoing proceedings as a violation of the legitimate expectations guaranteed by the rule of law.

Journey is the reward

Wednesday’s hearing was followed closely by the industry. In addition to plant and animal breeders, the EPO’s practice is also of great importance for seed companies such as Syngenta and Bayer. The European Seed Association also participated in the procedure by submitting a third-party application. NGOs are also keeping a close eye on EPO practice in patenting plants and animals.

On the industry side, the aim was not so much to prevent the patenting of products, but rather to question the application of the Rule 28 amendment.

Following Wednesday’s judgment, it is now clear that the Administrative Council must adapt Article 53 in order to exclude the products of essentially biological processes from patenting as well. However, this would require a diplomatic conference of all 38 EPC states and this is not considered feasible for such detailed questions. Only two years ago, a diplomatic conference was required to settle the issue of separating the Boards of Appeal from the EPO and was ruled out.

According to lawyers, the Administrative Council now has no choice but to withdraw Rule 28. The representatives of the 38 EPO states will meet again on December 12 and 13. Whether the BoA ruling will then be on the agenda is unclear.

“Just as the EPO and its member states have responded effectively to the developments previously, they will now consider possible next actions following Wednesday’s decision,” says a spokesman for the EPO. “The European Patent Office played no part in the BoA’s decision, which was taken by the BoA in its capacity as a fully independent body.”

Meanwhile the EPO examiners are likely to find themselves in a dilemma. On one hand, Rule 28 has been overturned at the highest instance. On the other, the examiners are bound by the instructions of their employer and would have to reject the corresponding patents until the rule is revoked by the Administrative Council. This would, however, probably lead to further complaints to the BoA.

It is also likely that companies such as Bayer will now appeal previous decisions. The EPO refused Bayer’s patent for broccoli in October. Wednesday’s judgment will therefore not cool tempers at the EPO.

For more on the patentability of plants, see our profile on Gregor König, A lateral thinker and our article Patenting plants: EPO examiners explore solution