EPO and UKIPO to review decisions in AI inventor debate

Appeals have been lodged following the European Patent Office's refusal to grant two patent applications. Both list Dabus, an AI tool, as the inventor. The UK Intellectual Property Office is also revising its initial rejection of the patent applications. The debate on AI is gathering traction as the technology becomes ever-more sophisticated. 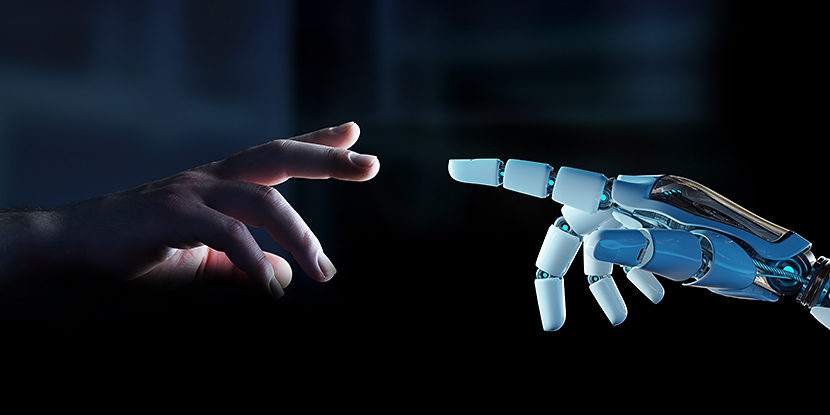 Williams Powell has filed two appeals against the EPO's refusal to grant two patents on the basis that an AI system, Dabus, is named as the inventor, rather than a human ©sdecoret/ADOBE STOCK

A change in direction by the EPO regarding Dabus could have huge repercussions for future AI-grounded inventions. However, some attorneys argue that it is unlikely the appeal will be successful. This is because of the specificity of the issue.

In January 2020, the EPO refused two patent applications following non-public oral proceedings in November. The EPO rejected the applications on the grounds that the application listed an AI system named DABUS, and not a human, as the inventor. The decision is based on Article 81 and Rule 19(1) of the European Patent Convention. Later in January, the EPO released the reasoning behind its decision.

Williams Powell, the patent attorney firm behind the patent applications, has lodged appeals against the decisions. The firm submitted the appeals on 27 May, which suspends the EPO’s decision from January with immediate effect.

Robert Jehan, partner and European and UK patent attorney at Williams Powell, says, “It is difficult to predict how long it will take for the EPO to examine the appeal. It may be that the EPO Legal Board of Appeal will want to examine this case quickly. But, as the general debate on AI inventions is gathering, this might have an impact on the EPO appeal proceedings.”

But another UK patent attorney is sceptical the EPO will change its mind. They say, “I think that it is unlikely for the EPO to come to a different conclusion. The arguments may be strong but, in my opinion, it is not the best forum for considering policy decisions.”

Dabus in the spotlight

Both applications filed by Williams Powell cite Dabus as the inventor. The applications were also submitted to the United States Patent and Trademark Office (USPTO) and the UK. Both offices also rejected them on the basis of the named inventor.

In its original decision, the EPO considered that interpretation of the European patent system framework led to the conclusion that the inventor of a patent must be a ‘natural person’, which according to the EPO is internationally applicable. The office argues that various courts have handed down judgments to this effect. Finally, the EPO also argued that designating a machine inventor with a name ‘does not satisfy the requirements of the European Patent Convention.’

However, the International Bureau of the World Intellectual Property Organisation (WIPO) recently published a corresponding international patent application under the Patent Cooperation Treaty (PCT).  The publication, released on 23 April 2020, names Dabus as the designated inventor while acknowledging it as an AI machine.

Turn for the UK

The decision from the WIPO paves the way for a reconsideration of the decision by the EPO. If the appeal goes forward, the EPO Legal Board of Appeal will re-examine Dabus. This is because the EPO rejected the patent applications on a formality issue, rather than a legal issue. In fact, the European Patent Convention does not stipulate that AI cannot be patented.

The appeal comes amid a wider global movement towards acknowledging the importance of patent offices in protecting AI inventions. Furthermore, the UK Intellectual Property Office (UKIPO) has re-examined both Dabus patent applications for the UK. Similar to the WIPO, the UKIPO has decided that the two patents do meet the criteria for patentability.

Now the UKIPO must turn to the High Court for guidance on whether AI can be named as an inventor. The hearing is expected to take place in July in London.

If the UK patent courts grant the UKIPO’s appeal and designate Dabus as the inventor, the UK applications should pass. Thus, the office will grant the patents. However, there is a chance the UKIPO could make a further appeal if it does not agree with the UK courts’ decision. In the US and Germany, Dabus has been rejected on procedural grounds.

Neural networks are computing systems based on biological neural networks found in sentient beings. This forms the basis of the Dabus technology. In principle, the Dabus does not actually solve a technical problem. However, its make-up means it could theoretically adapt to solve future problems.

The two patents, EP 35 64 144 and EP 35 63 896, concern a fractal beverage container and fractal light signals respectively. The fractal light signal embodies a device to attract attention during search and rescue operations. Stephen Thaler, a doctor of physics, created the AI. Its name, ‘Dabus,’ stands for ‘device for the autonomous bootstrapping of unified sentience.’

A recent Legal Board of Appeal held oral proceedings around eight months after the parties filed the appeal. The board then handed down a decision two months later. Therefore, at the very least, a decision on Dabus could take one year.