JUVE Patent’s recent ranking research points to the international teams of Freshfields Bruckhaus Deringer, Jones Day, Simmons & Simmons and Taylor Wessing as the major challengers to the firms currently atop the market. Steadily balanced across the four major patent jurisdictions, and with a stable presence in major cross-border disputes, these firms are on the heels of the market leaders. Read our in-depth analysis of their European set up and strategy. 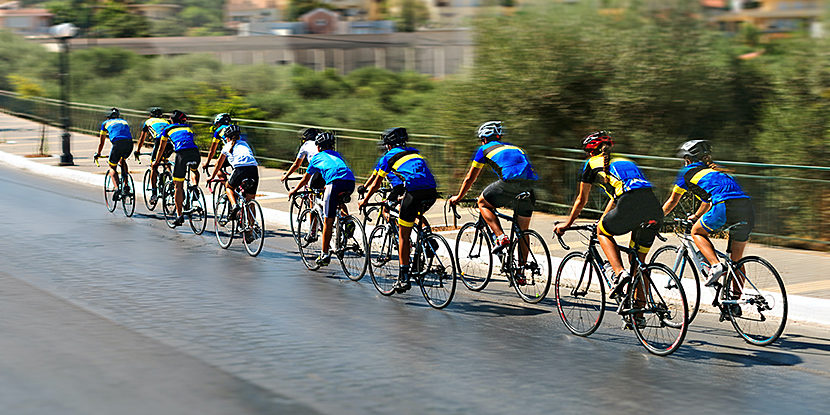 European presence and strategy: The patent practice of the full-service firm is particularly strong on the European continent. The Dutch office is a mainstay of this well-integrated European team, with further strong offerings in Düsseldorf and Munich. The London team has undergone a recent reshuffle due to a partner departure and arrival. 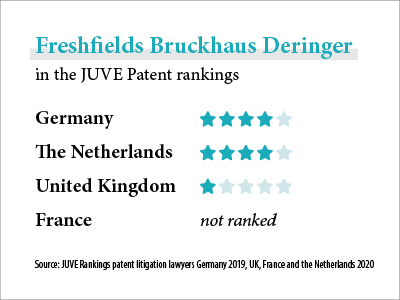 Although the London office looks small in terms of litigator numbers compared to competitors such as Allen & Overy and Hogan Lovells, in Amsterdam the well-staffed office stands tall alongside such rivals – for both size and visibility. And in Germany, Freshfields is in close sight of the market leaders such as Bird & Bird, Hogan Lovells and some of the best-known boutiques. This is because of its high-profile clients in the pharma and mobile communication fields.

The firm’s well-regarded cross-border links are also worth noting. Freshfields provides a masterclass on how to ensure all European offices remain part of a well-organised machine. In particular, the Amsterdam-Düsseldorf axis is strong.

On the other hand, Freshfields foregoes patent experts in Paris, preferring to cooperate with the general dispute resolution team instead. This strategy may be in line with the firm’s litigation focus as a whole. However, it limits the patent practice as regards cross-border disputes and the UPC – should it ever emerge.

European presence and strategy: The European patent practice is present at some of Europe’s key locations for patent disputes. This includes Munich, London and Paris. In particular in the French capital Jones Day is very strongly positioned with Thomas Bouvet’s team. The second pillar of the European practice is the German team, which impresses with a well-coordinated team of lawyers and patent attorneys. Although the firm also has an office in Düsseldorf, here Jones Day is not visible and has no well-known partners. The London team also has room for development. 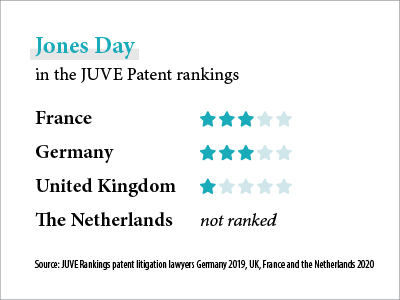 The European team has an especially strong footprint in life science disputes. Internationally, close cooperation with the strong US teams is an asset, as is the integrated work with patent attorneys mainly located in the German offices.

European presence and strategy: With a strong set-up in London and Amsterdam, the firm is prepared for cross-border disputes all over Europe. Simmons is a major challenger of the market leaders, especially in terms of pharma patents. Both offices work closely together with the Düsseldorf team in pharmaceutical disputes, for example for Bayer or Samsung Bioepis. The London-Amsterdam axis is also strong, for example in mobile communications litigation. In recent years, Simmons & Simmons has also strengthened its market position in Paris and Milan. 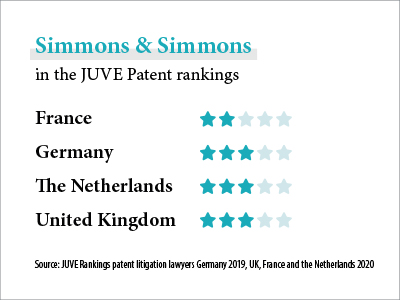 But there are some gaps in its continental practice. Losing a partner in Munich in 2018, and in Düsseldorf in 2020, means the German team is currently the Achilles’ heel of the European practice. The losses in Germany were a setback for Simmons & Simmons’ continent-wide growth strategy, which focuses on life sciences, electronics and financial services. On the other hand, the firm started to build a patent attorney practice, although this is mainly in London. This is contrary to most of its competitors, which usually establish patent attorneys in their German offices.

European presence and strategy: Taylor Wessing continues to strengthen its pan-European cross-border offering, with a strong presence in London, Munich and Düsseldorf. Further to well-positioned teams in Amsterdam and Eindhoven, the firm also has small offerings in Brussels and Paris. In France, the patent team’s visibility is lower than some of its main European competitors, for example Hogan Lovells and Bird & Bird. 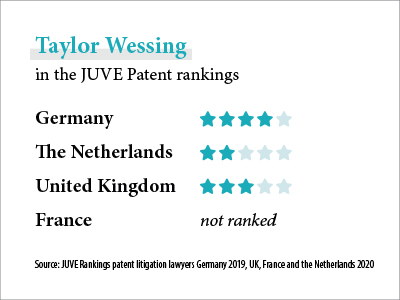 But in comparison to market-leading practices with multiple offices, Taylor Wessing is seen less often representing key clients in pan-European disputes.  In litigating for mobile communication company Asus in the Netherlands, UK and Germany, the practice takes an important step towards redressing its historic emphasis on pharmaceutical cases. This is despite major competitors being actively involved in cases of this calibre for years.

Taylor Wessing’s offices are not fully integrated. Its teams develop joint work between offices less frequently than some of the market leaders. Nevertheless, the patent team’s set-up in all major jurisdictions is a good base for more cross-border work. However, unlike Bird & Bird, Hogan Lovells and other firms, Taylor Wessing has not yet built up its own patent attorney practice.