The Loi PACTE is changing the scope of action for patent attorneys in France this spring. Oppositions before the French Patent Office (INPI) are now possible. Insiders expect to see a change in business after the transition phase. However, whether the changes also mean improvement for the French patent system as a whole is heavily disputed.

Compared to the rest of Europe, France struggles with an extremely high rate of patents destroyed in a dispute. Since the beginning of April, an opposition suit can challenge all patents granted by the INPI. This is a crucial part of the national patent system reform which the French government has adopted with the Loi PACTE as part of comprehensive economic reforms.

Following the German model, the INPI now examines patents for inventive step. The aim is to promote the number of applications for national patents, as well as to strengthen the French patent.

Guylène Kiesel Le Cosquer, president of the National Council of IP Attorneys (CNCPI) and managing partner at Plasseraud IP, says “We lack a patent culture in France.” According to Kiesel Le Cosquer, trust in the French patent is low, especially among small and medium-sized enterprises (SMEs). This is because the validity test destroys a high percentage of patents that are contested in court, usually during infringement proceedings.

Indeed, the French courts destroy around 30-40% of patents brought before them, according to estimates by patent attorneys and litigators. “However, of the between 15,000 and 17,000 patents applied for at the INPI each year, less than one percent are challenged in court,” says a French patent attorney. This puts the figures in perspective. The attorney does not believe that the Loi PACTE will have a major influence on the French patent market.

Opinions also differ as to whether the update will strengthen national patents as intended. Aujain Eghbali, partner and patent attorney at Bandpay & Greuter, says, “The examination for inventive step will definitely make the INPI more visible outside of France. In practice, however, this won’t much change our approach since in the previous system a written opinion from the EPO was already available in most cases and analysed with respect to inventive step on our clients’ request.” 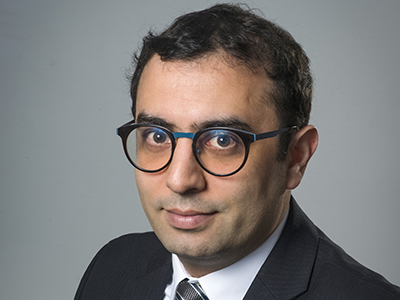 In addition, from July 2020 the INPI will introduce a certificat d’utilité (utility model). This does not need to be defended against oppositions. However, at a lower cost, the utility model offers less protection than a patent.

Many patent attorneys have expressed concern to JUVE Patent about how the INPI intends to recruit a sufficient number of qualified examiners. “To my knowledge, the French Patent Office is hiring a total of 16 examiners. But they do not have the training of a French patent attorney (CPI), although they do receive some,” says François Pochart, litigator and European patent attorney at August Debouzy, who filed the first opposition at the INPI.

However, the patent system reform could change how French patent attorneys work. Before now, the majority were less experienced in litigation. Many patent attorneys only rarely represented their clients at the EPO. When the national courts heard nullity and infringement suits, only the background work involved patent attorneys. Although the litigator’s preparations often involve a patent attorney, they are rarely the go-between in the client relationship with the lawyers.

Thus, traditionally, patent attorneys and lawyers rarely work together in mixed firms. Two years ago, the legislator permitted patent attorneys to join forces with other professional groups in a mixed firm. But this setup still has some legal disadvantages. There are currently only a few mixed firms in France.

Casalonga was one of the first firms to legally operate as a mixed firm. Previously, two outfits active in the market under this name had worked very closely together. However, Casalonga is also a prime example of how clients rarely work with both parts of a firm. The same can also be said of Lavoix, Jacobacci or Vidon.

Many of these dual-qualified lawyers operate a successful practice, shown by examples such as August Debouzy and Loyer & Abello. (Co-author: Christina Schulze)

JUVE Patent provides an overview of the French market in its new patent filing ranking and litigation ranking.