The end of quick and dirty? French patent system under scrutiny

The French patent system is being reformed. Following the German model, patents will be examined for inventive step and an opposition procedure will be introduced. The aim is to promote the number of applications for national patents. But the reform is highly controversial and has opened a rift between patent attorneys and patent litigators.

“The previous filing procedure has proved its worth,” says Grégoire Desrousseaux. The patent litigator at August Debouzy thinks the planned changes are pointless and don’t effectively promote patent applications.

Until now, the French Patent Office (INPI) has only examined applications for formal correctness and novelty. Then, within eight to nine months, the applicant receives a search report from the European Patent Office. According to the reform, the INPI will have to examine an intellectual property right for inventive step on the basis of the EPO report. Furthermore, there are plans to introduce an opposition procedure.

Supporters of the amendment talk about a necessary strengthening of the French patent. “We lack a patent culture in France,” says Guylène Kiesel Le Cosquer, president of the National Council of IP Attorneys (CNCPI) and partner at the IP boutique Plasseraud. According to Kiesel Le Cosquer, trust in the French patent is low, especially among small and medium-sized enterprises (SMEs). This is because the validity test, which in France is examined in civil courts particularly during infringement proceedings, destroys a high percentage of patents.

“In recent years, the rate of infringement cases in which a patent is declared invalid has fluctuated between 30% and 40% and, recently, French patents have better resisted an invalidity attack than European ones,” says patent litigator Sabine Agé of the European IP boutique Hoyng ROKH Monegier.

Even if the high number of patents that are revoked in infringement proceedings is undisputed, opinions differ as to whether this means the system as a whole does not work.

“We lack a patent culture in France” 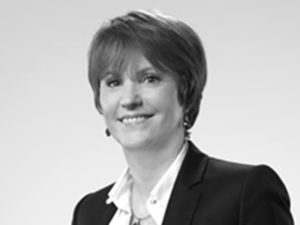 Guylène Kiesel Le Cosquer is President of the National Council of IP Attorneys (CNCPI) and partner at Plasseraud.

“The number of French national patent applications has been falling for years. In contrast, however, the number of applications from innovative industrial nations, such as Germany, is rising. Small and medium-sized companies in particular could file much more actively,” Kiesel notes. However, she also points out that, “Many large companies are satisfied with the current system.”

This is mainly due to filing strategies. “Many French clients apply for a French patent as a first filing because they then get a search report from the EPO very quickly and cheaply,” says Wolfgang Neubeck, European and French patent attorney at Grünecker. “On this basis they assess the value of the patent. If it’s worth it, they then take the route of filing an application abroad and in particular with the EPO.” 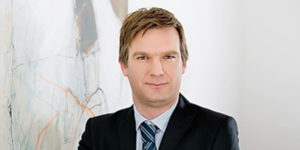 Wolfgang Neubeck is a European and French patent attorney at Grünecker.

The reform will likely increase the overall cost of the French patent due to the additional work for patent attorneys in filing the application. The current advantages over the European patent will thus disappear, at least for applicants who want to protect their technology in more than one country.

The political will behind the reform is to encourage more patent applications, especially by SMEs and startups. But Jean-Frédéric Gaultier, patent litigator at European IP boutique Taliens, also says that the changes do not address the needs of this target group. “The current system is inexpensive and easy to access. For startups especially, the French patent is good and of decent quality,” says Gaultier. “If enterprises want a strong patent, they go to the EPO anyway.”

But advocates of the reform, such as Kiesel, say this is precisely the weakness of the French patent system. The route is particularly expensive for SMEs and, for the French market, also cumbersome. The impact of the amendment on the patent system as a whole is also controversial.

“A more profound examination of French patents could be positive, but this will largely depend on the budget that will be given to the INPI to recruit new examiners and face this new task without delaying the examination phase,” says Sabine Agé. There are currently no plans for an additional budget, therefore the introduction of additional patent fees is not unlikely. Like many patent litigators, Agé is very sceptical as to whether that will motivate companies to file more applications.

“Those who made the Loi Pacte don’t understand how time consuming and expensive it can be to discuss the inventiveness of a patent,” says Gaultier. The change could mean the loss of cost efficiency, as well as the speed with which patents are granted.

“The problem is not the patent application procedure, but what a company can do with it”

In Desrousseaux’s opinion, the planned changes would only make the system more expensive and thus more unfriendly for patent holders. “I don’t see how small and medium-sized enterprises benefit from the reform. There will be no interest in the opposition, because unlike the German system, the risk for preliminary injunction is limited in France,” he says.

Another problem repeatedly mentioned in this context and which the reform does not address is the lack of specialisation of French judges. This is because judges usually change their legal field several times during their career, a specialisation is not provided for by the system.

Another controversial element of the PACTE reform package is the extension of utility model protection, from six years to ten. “I don’t think that this will change anything,” says Sabine Agé in view of how little this property right is currently used.

Patent attorney Neubeck, on the other hand, says, “This extension was long overdue. In some industries it is difficult to bring the product onto the market within six years and to see how competitors react. But,” he adds, “even in industries with short innovation cycles, the extension is advantageous because the technology is then covered by the utility model for a sufficiently long time.”

There had also been some discussion of introducing a provisional patent with a protection period of 12 months, similar to the US model. This now seems to be off the table. Reform advocates such as Kieser and critics such as Agé agree that this instrument would probably not be used. It is too unclear what a company should do with an unexamined property right with such a brief period of validity.

Moreover, there is a great danger that a patent claim made in this very informal context will not be formulated well enough if it is made too fast or is ill-considered. The patent could then fail its subsequent application. “It would be very dangerous for applicants as they could lose their patent in this way because of priority issues,” says Desrousseaux. “The EPO’s search report is particularly important for patent applications filed by small companies.”

The precise nature of the legislative reform will remain unclear for some time. The law on economic reform through the PACTE Law (le plan d’action pour la croissance et la transformation des entreprises) only regulates the framework. Many specific details are to be regulated later by government decrees. The reform has divided patent litigators and patent attorneys; the different opinions concerning the project are also reflected in the previous votes of the two parliamentary chambers, Assemblé National and Sénat.

A mediation committee lately failed to achieve consus. However, observers believe that the reforms will be largely adopted in their current form. The changes could enter into force at the end of 2020.