Mathys & Squire is to open its third office on the European continent in Munich. The British firm recruited a team of four patent attorneys from Herzog Fiesser & Partner. The Munich patent attorney firm has itself split into three parts.

Gerold Fiesser, who was one of the founding partners of the patent attorney firm Herzog Fiesser & Partner in 2010, is leading the team moving to Mathys & Squire in Munich. He is joined by Giuditta Biagini, Lorraine Aleandri-Hachgenei and Kirstin Wenck.

The team is well known in the German market for its specialisation in the chemical and pharmaceutical fields. Fiesser most recently worked alongside the Karlsruhe law firm Kuentzle in the dispute against Italian hair product manufacturer H.S.A. Hair Styling Applications.

At its new firm, the team will also focus on patents from the consumer goods industry, physics and engineering. 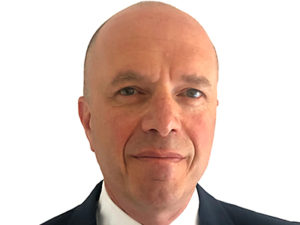 The orientation of the new Munich team fits well into Mathys & Squire. The full-service IP firm with headquarters in London, and several offices in the UK, had up until now 62 patent attorneys, of which 31 are partners in the UK.

In the London market it is best known for its work on technical property rights in engineering, electronics and IT. However, it also has a large team focusing on pharmaceutical and biotch patents, which it recently bolstered.

Outside of the UK and Germany, the firm also has offices in Paris and Luxembourg, as well as a team based in China.

The Munich practice at Mathys & Squire aims to further expand international prosecution and, in addition, increase its litigation work on the patent attorney side.

Mathys & Squire is the latest UK law firm to set up shop in Munich. The most recent new entrant was Mewburn Ellis in 2017. Other renowned prosecution firms, such as Carpmaels & Ransford and J.A. Kemp, also have an office in the Bavarian capital.

Furthermore, there are persistent rumours that other UK prosecution law firms are planning to open offices in the vicinity of the European Patent Office. A number are said to be in talks with German patent attorney teams, with Brexit being the main driver for the move to Munich.

While Brexit will not affect the country’s membership of the European Patent Organisation and the EPO (the patent authority is not part of the European Union, and European patents will remain valid in the UK after Brexit), British law firms often act as a bridge between their US clients and the rest of Europe. It is these relations which are coming under pressure from German competition if the UK firms do not have a presence in Munich – and by extension, the Unified Patent Court.

It is, however, still unclear whether the court will launch and whether the UK will be able to participate. Several German prosecution law firms are currently reporting that US clients have come to them with patent portfolios that they previously gave to British law firms.

The departure of Fiesser’s team has accelerated the dissolution of Herzog Fiesser & Partner. The former Düsseldorf office now operates under the name Herzog IP and also has an office in Munich. In addition to name partner Martin Herzog, the team includes four other patent attorneys and a patent engineer. 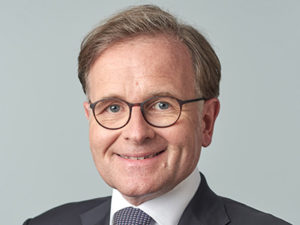 The team has strong roots among pharmaceutical clients, especially for SPCs. The practice regularly advises Mainz glass manufacturer Schott and the materials specialist Heraeus. The team also advises the packaging manufacturer SIG. Most recently, the firm landed ZTE as a client in mobile communications and IT patents.

Partners Andreas Altmann, Alexander Dick and Matthias Stößel will continue to run the former Herzog Fiesser offices in Munich, Mannheim and Berlin under the new banner Altmann Stößel Dick Patentanwälte. In addition to the three partners, the firm boasts 13 other patent attorneys specialising across a broad technical spectrum.

The core clients of the new outfit include BASF, Roche, Deutsches Krebsforschungszentrum, Sanofi and mechanical engineering companies, such as Meiko.

According to JUVE Patent information, the firm’s dissolution is due to diverging opinions on its future strategy.