At the beginning of 2021, the UK High Court named former 8 New Square barrister James Mellor as its next IP-specialist judge. His appointment, which follows the other recent addition of Richard Meade, means the UK High Court's patent and IP expertise is once again at full capacity. In an interview with JUVE Patent, he discusses the quirks of taking on a new judicial role during a pandemic, what Brexit means for anti-suit injunctions in the UK, and his thoughts on the future of video technology for patent hearings. 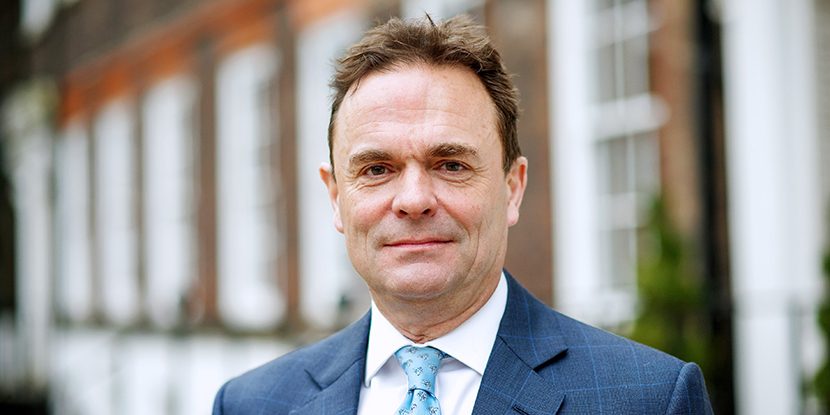 James Mellor (59) was called to the Bar in 1986 and appointed as Queen’s Counsel in 2006. In 2020, the UK judiciary appointed him as a Deputy High Court judge. In 2015, he became an Appointed Person for Trademarks and Designs. Prior to joining chambers, Mellor studied at Cambridge University twice, firstly in Engineering, followed by a law conversion course. In February 2021, he joined the judicial bench of the UK’s Chancery Division alongside fellow 8 New Square alumnus, Richard Meade.

JUVE Patent: How did the coronavirus pandemic impact your last few months as an IP barrister?
James Mellor: Apart from changing how we did trials and hearings, there was very little change to the work. Very early on in the first lockdown, Richard Hacon (presiding judge of the Intellectual Property and Enterprise Court) adjourned one trial, but that was due to the witnesses in that case.

“We were lucky that UK IP hearings continued as usual”

How is the pandemic impacting your new role at the UK High Court?
It’s strange because in my first month as a full-time High Court judge, I did all my hearings from an upstairs bedroom at home. After that, because I have been conducting a three-week trial I decided to come into the Rolls Building and do everything from here. So I haven’t actually done a hearing in court yet, which is pretty strange. We’ve probably got to give people the option of having a hearing done remotely or in court, at least in the near future. It all depends on how the pandemic plays out.

Is there an option of holding hybrid patent hearings in the future?
Yes, there is. But hybrid hearings are not that different from the barristers, solicitors and the judge being in court and having a witness on a video link. And we’ve done that for years. I did a case as a deputy judge in September, where we did a hybrid hearing with an expert, and the technology broke down. So, in the end, the expert jumped on a train and she came to give evidence in person.

One thing we’ve learned from all of this is that remote hearings can be very efficient because people do not have to travel to London. I did a trade mark appeal hearing last year where one party was in South West England, another was in the North East, the agents were somewhere else and it just struck me the amount of time and cost that would have been wasted with people travelling to see me in London.

“Remote hearings can be very efficient without people travelling to London”

What was it like to switch roles, and begin a new job, during a pandemic?
I suppose I don’t really know that much about how it would have been otherwise! I can guess, because there are a few judges coming into the Rolls Building at the moment and that gives me some idea of what this environment is like when everyone is in. It’s a very nice environment to work in, it’s very collegiate, there are plenty of opportunities to chat to other judges and ask them about any problems that turn up.

So I think in normal circumstances I would perhaps have been able to get more advice. But my mentor is here all the time, so I can always go and talk to him. It would have been different but we just had to adapt and get on with it.

Has adapting to video conferencing in court hearings presented any challenges?
When you’re doing a hearing via video link or as a fully remote hearing, everybody has to change their behaviour somewhat. You can’t interject like you do in court, you don’t have the same sort of visual cues like you do in court, so people have to conduct themselves differently. That’s just part of adapting to remote hearings.

How will changes due to coronavirus impact the work of the UK patent court in the future?
Sir Geoffrey Vos, who was the Chancellor last year but is now Master of Rolls and Head of Civil Justice, made it pretty clear that he was keen on using remote hearings going forward because of the efficiency. I think we’re quite lucky in the sort of work that we’re doing in the Chancery Division, where patent cases are heard, in that a lot of the work can be suitable for remote hearings.

The Lord Chief Justice, Lord Burnett, is encouraging everybody to get back to in-person hearings but he has a wider perspective including of course criminal cases which really do need to be held in-person. But I think we will be continuing with remote hearings in quite a few instances, at least for a while, in particular interim hearings and case management conferences.

Have you noticed, either as a judge or as a barrister, any trends towards specific types of litigation in the court since the pandemic began?
The pandemic doesn’t seem to have any impact on patent work. It was busy as the pandemic hit, and it has continued to be busy. There are a lot of patent cases coming down the track. My personal perspective is that the pandemic did put a little bit of non-patent work on hold, such as some of the trademark and copyright work. My impression was that people weren’t starting new cases, or at least not to the extent they were before the pandemic hit.

“Coronavirus has put some non-patent IP work on hold”

Other than patent, what other types of IP disputes will you hear? How much experience do you have in hearing cases from other areas of law?
There are a lot of cases in the patent courts queue, so Richard Meade and I are dealing particularly with the category four and category five cases. We both hope that we’re able to do other work, because it is good to have some variety. I was very fortunate in my barrister career to have a wide variety of cases and I really enjoyed that. But it just depends what cases people bring, and which ones reach trial.

Since becoming a judge, what has the communication been like with your European judicial colleagues? Do you foresee close cooperation in the future?
I’m sort of the ‘new boy’ so I have been keeping my head down. I haven’t had any contact with European patent judges yet. I know the UK patents judges have traditionally had a lot of contact with their European counterparts. And so I fully expect that to happen either virtually or hopefully in person, but there hasn’t been any opportunity to do that yet.

What is your opinion about the trend of rising numbers of anti-suit injunctions in Europe?
I think the count is now up to four antis, and it is a very difficult problem. So far, I haven’t had to deal with any of these anti-suit or anti-anti-suit injunctions. But there are two points I bear in mind. First of all, there is a need for judicial restraint, but the second point is, if somebody brings a claim for infringement of a UK patent before the courts of this country, that is the forum for that case.

It’s difficult to see why any other court should stop such a claim being brought in this country. That works both ways because the same principle applies in reverse – patent rights are territorial. Now I am not sure that is a solution, particularly in some of these FRAND cases, but you do have to look at the underlying characterisation of a case.

Are the UK patent courts the next forum for ASIs? Has Brexit made them more attractive for such suits?
We’ve had anti-suit injunctions already, and there’s no reason to think they won’t be sought in appropriate cases. It is difficult to know whether they’re more appropriate or more likely, since we’re in a slightly strange limbo: we’re not part of the EU any longer and we’re waiting to have our application to join Lugano approved. I’m not sure the jurisdictional regime really makes much difference. There’s no neat or clear answer, because it’s a fairly intractable problem.