The 10th Civil Senate at the Federal Court of Justice has a new judge. The appointment leaves open a position at the Regional Court Düsseldorf. The final decision on the judicial position at Germany's highest instance for patent infringement proceedings was eagerly awaited by the patent community.

Today, the Judges Election Committee in Germany elected the new federal judges for the German Federal Court of Justice. The candidate poised to fill the vacant position on the patent senate is of particular interest to the German patent community. Now Tim Crummenerl will move to the highest German court. 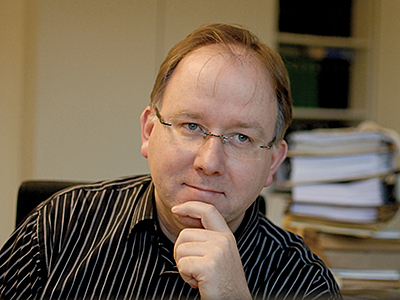 Crummenerl is well-known on the patent scene and has handed down several judgments on standard essential patents (SEPs). Prominent examples include the MPEG LA case against Huawei and ZTE, the dispute between IPCom/Fipa and HTC, and the high-profile Sisvel vs. Haier case.

The election was supposed to take place in March. However, the coronavirus crisis meant the court postponed the election. Among the other candidates was Matthias Zigann, presiding judge of the 7th Civil Chamber at the Regional Court Munich. He is also a well-known patent judge.

The election of Crummenerl means he will now move to the 10th Civil Senate. In turn, this will give rise to staff changes in Düsseldorf.

The 10th Civil Senate at the Federal Court of Justice is Germany’s highest instance for patent infringement proceedings. Furthermore, the senate is also the appeal instance for patent revocation cases. It thus combines two separate strands of the German bifurcation system. The senate regularly sets important precedents in German and European patent law.