The German Constitutional Court has confirmed that it has no objections to the current structure of the Boards of Appeal at the European Patent Office, after the judges yesterday rejected complaints about deficiencies in the rule of law. The EPO can thus draw a line under one of the biggest, most controversial issues of the Battistelli era. 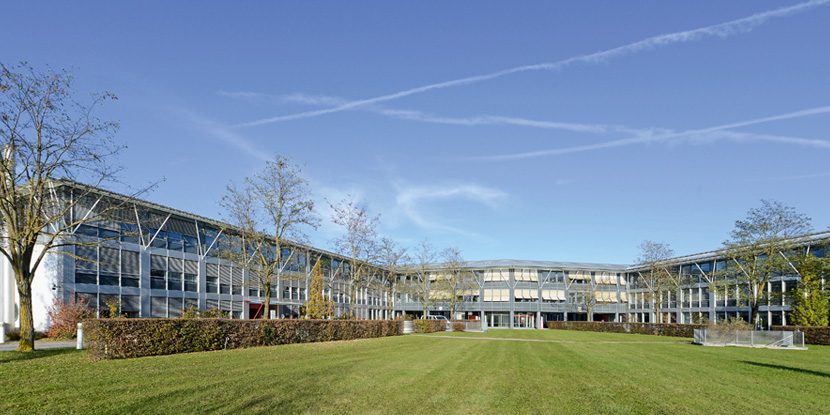 The EPO Boards of Appeal, located in Haar, Munich, can continue to operate as before. The German Constitutional Court has no objections ©EPO

Five constitutional complaints against the jurisdiction of the Boards of Appeal at the European Patent office are not admissible. The German Constitutional Court confirmed this on 8 November 2022, while yesterday the court made its decision public.

The five complainants, including pharmaceutical group Mundipharma and Australian packaging company Barokes, had appealed to the German Constitutional Court against decisions of the Boards of Appeal. They alleged a violation of their right to effective legal protection and procedural fundamental rights.

Essentially, the complainants asserted a violation of the principle of a fair trial, the right to one’s lawful judge and the right to be heard. They contend that the Boards of Appeal system suffers from general shortcomings.

However, the court rejected the complaints as inadmissible. The decision was made on the grounds that those complainants domiciled in third countries are not entitled to invoke the fundamental rights laid down in the German constitution (German Grundgesetz). Furthermore, all complainants – including those domiciled in Germany – can only complain of the violation of the right to one’s lawful judge and the right to be heard if it is German courts committing the alleged improprieties.

Insofar as the constitutional complaints directly challenge Boards of Appeal decisions, the court press release states they are inadmissible. The constitutional court only reviews the acts of supranational organisations to the extent that they provide the basis for measures taken by German authorities, or trigger obligations incumbent upon German constitutional organs.

Furthermore, the constitutional judges opine that the complainants do not sufficiently substantiate their assertion that, even after the structural reform of 2016, the European Patent Organisation’s system of appeal is structured in a way that fails to provide the minimum standard of effective legal protection required under the German constitution.

Thus, all decisions fall within the era of the controversial EPO president Benoît Battistelli, who headed the office between 2010 and 2018. His term of office saw fierce disputes between management and staff, as well as a major structural reform in 2016. This led to a far-reaching separation of the Boards of Appeal from the EPO.

In their ruling, the German constitutional judges suggest several times that the complaints might have had a better chance of success without this reform. However, they do not go into detail. In this respect, it seems the EPO Administrative Council has achieved its goal. Namely, it has averted greater damage to the EPO system from a negative decision by the constitutional court.

The patent community became aware of the constitutional complaints in 2013. However, even then experts repeatedly pointed out that a negative decision by the German Constitutional Court would have pressured the German government to act. This may have led to an elaborate diplomatic conference of the 39 member states, which would have had to fundamentally renew the EPO system.

Many fear such a move would have hindered the creation of the Unified Patent Court, because the EPO is responsible for granting the Unitary Patent.

In the summer of 2016 Benoît Battistelli, along with the organisation’s member states, decided to largely separate the Boards of Appeal from the EPO. The European patent community had voiced strong criticism that the court was no longer independent, or immune of influence, from the EPO president. Of course, this was an important point, given that the Boards of Appeal review EPO decisions.

With the relocation of the court to Haar, the member states also complied with the demand to physically separate the court from the office. Then, at the end of 2017, the court moved from the EPO headquarters to the Haar city limits. At the time, many Boards of Appeal judges viewed these moves as punitive. Some even openly criticised Battistelli’s conduct in office. Furthermore, a spectacular decision (R19/12) in 2014 saw the Enlarged Board of Appeal declare its own chairman biased. It also reprimanded structural problems in the office.

For a long time, the Boards of Appeal did not have their own president. On the contrary, for many years the office directly integrated them as one of several directorates-general. This meant the Boards of Appeal were subordinate to the management of the EPO. At the time, many EPO users also criticised this move.

As another result of the reform, the Boards of Appeal are now run by an independent president. However, although he exercises a high degree of self-administration, the boards and the EPO leadership are still closely financially linked. For example, the EPO president still exercises the budgetary sovereignty for both institutions.

Nevertheless, in their ruling the German constitutional judges write that the reform has largely eliminated the structural deficits.

Despite the fact that the constitutional judges let the complaints fail on formal grounds, they justify their decision over 84 pages. Here, they repeatedly refer to minimum standards of effective legal protection. However, their motives for doing so are unclear. Apparently, the judges have also taken the opportunity to define some principles for interstate courts. The judges are likely to have included the UPC in their decision, since the court should open its doors in June 2023. 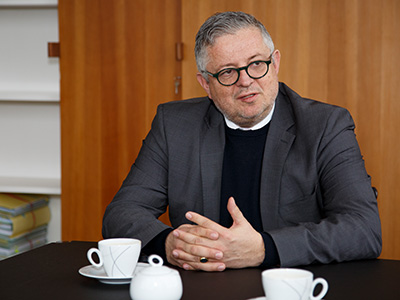 JUVE Patent is aware of the complainants in just two cases. With the complaint 2 BvR 421/13, the Australian company Barokes had turned to the German Constitutional Court due to the non-granting of EP 14 29 968, which would protect a process for packaging wine in aluminium cans.

In 2013, several companies of Mundipharma Group appealed to the constitutional court against Boards of Appeal decisions (case ID: 2BvR 756/16). The Boards of Appeal had not granted EP 07 22 730, which should have protected a controlled-release oxycodone composition. Munich law firm Maiwald handled the patent application, with specialist law firm Deubner & Kirchberg, which hails from Karlsruhe, handling the constitutional complaint.