Car industry can be content with patent law compromise

Two patent battles are currently raging in Germany. One is from Daimler and its suppliers of connectivity modules, against SEP holders Nokia, Sharp and Conversant. A battle is also being fought over the amendment to paragraph 139a of the German Patent Act. If the German car industry had its way, the injunction would be softened. But the government's more moderate approach is the best way to placate other industry players. 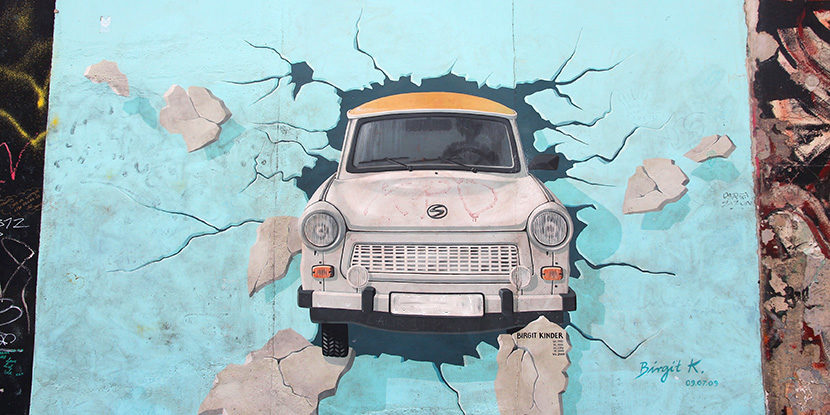 The powerful German car industry plays a central role in both patent battles. Its manufacturers and suppliers have been calling for the automatic injunction to be weakened since 2018. It is undoubtedly no coincidence that, around the same time, German patent courts began to see the first SEP lawsuits against car manufacturers. This began with Broadcom successfully suing the Audi/VW group in 2018. Shortly afterwards, Nokia, Conversant and Sharp went after Daimler.

Meanwhile, the Federal Ministry of Justice released the first draft of a new patent law two weeks ago. The Ministry wants to change the law on both points.

The draft constitutes a compromise, balancing the demands of the car industry with those who consider an amendment to §139a unnecessary.

The Ministry wants to incorporate case law from the Federal Court of Justice into the Patent Act. The case law sets out when instances of hardship warrant a suspension of the automatic injunction. Legally, this is nothing new. The government simply wants to make the law more explicit.

Therefore, the first round goes to the automotive industry. An amendment to §139a is expected. Although the majority of industry and patent experts are hoping the German government will make a U-turn over the draft, this is highly unlikely.

Unlike car makers, patent experts consider the current law to be sufficient. Moreover, many consider a patent law amendment dangerous. Experts argue that it is precisely the automatic injunction that makes patent protection in Germany so strong.

Furthermore, patent holders have only a relatively small claim to damages if their property rights are infringed. It is common knowledge that, to get an injunction, the opposing party should be sued in German patent courts. It therefore stands to reason that weakening the injunction would diminish the appeal of the court.

The Ministry sees its first draft as a foundation for discussions with the industry, lawyers and judges. But all conceivable arguments for and against softening the automatic injunction are already on the table. The Ministry has heard them all already, during countless hearings last autumn. The car industry can now be satisfied with what has been achieved.

Nevertheless, the car industry stepped up the pressure this week. Several articles in German publications conjure the nightmare scenario of an infringement of a small connectivity module bringing production lines to a standstill. In this scenario, the automotive industry – Germany’s darling and the most important employer in a land of poets, thinkers and inventors – is always the victim.

An injunction has never led to a serious halt in manufacturing

But in all the time since Broadcom filed the first connected cars lawsuit against VW, Audi and Daimler, an injunction has never led to a serious halt in manufacturing. Judges and lawyers point out that, in most cases, the economic consequences of injunctions are manageable.

In late 2018, patent pool MPEG LA prohibited Chinese mobile phone manufacturer ZTE from selling its products in Germany. Eventually, the parties came to a settlement. At the same time, Qualcomm enforced an injunction against older Apple mobile phones. And yet, these injunctions did not put a stop to production.

The automatic injunction is often referred to as the sharpest sword in German patent law. Conversely, however, non-practising entity IPCom knows how dull that blade can be.

In the past, opponents have often described IPCom as a predatory troll. But in 13 years of litigation against the mobile phone industry, the NPE has never managed to win a definitive sales ban. IPCom won a single effective injunction in 2009 against HTC. The Court of Appeal overturned this a few weeks later.

A good deal of the current news coverage comes from blogger Florian Müller. He has been writing about mobile communications cases for many years and almost never reports on patent disputes in other industries. Müller makes no secret of the fact that he considers the claims of Nokia and other patent holders against Daimler to be excessive.

SEP holders such as Nokia and Ericsson are not quoted in the articles on the new law. Perhaps they prefer not to comment. This would be a mistake, however. It would leave the law’s interpretation up to the car manufacturers.

There are no quotes from patent judges either. Yet the judges are precisely the ones feeling censured by the Ministry, when it sets out its reasoning that they apply the current case law too rarely.

Judges would probably tell the legislator that, for the court to examine cases of hardship, it requires an application for the suspension of the automatic injunction. And for this to succeed, it must be properly substantiated. Even with the new law, this still applies.

But the new patent law is ultimately still a draft. The crucial battle will be fought in parliament. This is why the car industry is appealing less to the civil servants who write the law. Rather, it is focusing on members of parliament who will vote on it in the Bundestag.

The car industry knows very well that it has a good chance of getting politicians on its side if their voters’ jobs or beloved cars are under threat.

But the patent law has to consider all industries, not just cars. As technology evolves, connectivity will play an important role across the board, from German mechanical engineering to the pharmaceutical industry. All companies, from small and medium-sized enterprises to large corporations, must be prepared to hold similar discussions with Nokia and other patent holders in future.

Unfortunately, not all companies have invested in their IP departments to the extent that mobile phone companies have. This could prove a costly mistake. According to the IP head of a German technology group, the best way for companies to protect themselves against patent lawsuits is to to build up their own patent portfolios and keep an eye on the competition.