Yesterday the Federal Ministry of Justice in Germany published the first draft of a new patent law. It provides for tighter deadlines for nullity proceedings before the Federal Patent Court. It also covers greater discretion for patent judges when granting automatic injunctions. The German automotive and telecommunications industries, which had previously called on the government to update the law, welcome the changes. 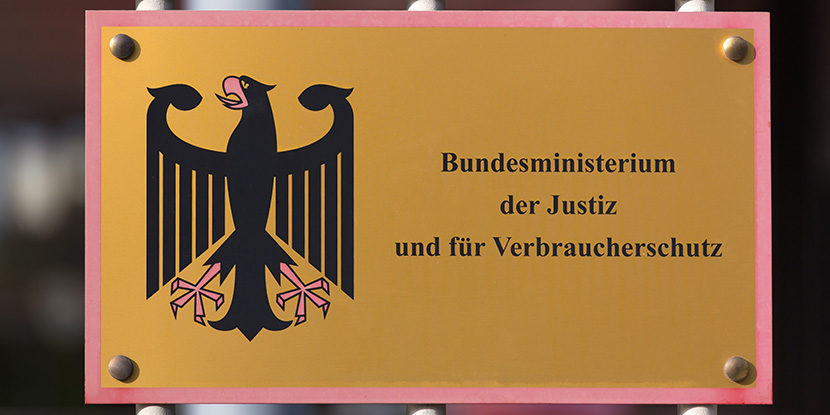 Germany is one of the most important locations for patent litigation globally, with the most lawsuits in Europe. The global patent community eagerly awaited the draft paper, which serves as a basis for discussions over a new German patent law.

Current German patent law threatens the patent infringer in the event of a conviction for infringement; talk of softening the automatic injunction has been circulating for a while. Additionally, lawyers and industry representatives had pointed out the considerable shortcomings in the German bifurcation system.

Yesterday the Federal Ministry of Justice published a first draft of the new patent law on its homepage. The Minister of Justice, Christine Lambrecht, wants to change the law on both points.

In its reasoning, the government publicly admits that there are problems with the bifurcation system. This is the first acknowledgement by the government of the system’s issues.

In Germany, nullity and infringement cases are heard separately by different courts. However, the Federal Patent Court often rules on the validity of a patent months after the first instance infringement judgment. Swathes of the legal profession are critical that courts grant injunctions despite the validity of the patent being unclear.

The opinion indicates to the infringement court if a patent has been rightly granted. Therefore the judges can decide whether to suspend infringement proceedings until the Federal Patent Court has ruled on the patent’s validity.

However patent experts claim that, all too often, this qualified opinion is either not provided at all or comes too late for the infringement case. This leads to the so-called and oft-criticised injunction gap.

A specific time frame for the qualified opinion is likely to win the approval of broad sections of the industry and the legal profession. However, the government’s proposals on the automatic injunction will, according to experts, likely lead to significant discussions.

The government’s proposal is to expand paragraph 139 of the German Patent Law as follows:

“The right to injunctive relief shall be excluded if its enforcement is disproportionate because, due to special circumstances, taking into account the interests of the patentee vis-à-vis the infringer and the requirements of good faith, it constitutes a hardship not justified by the exclusive right.”

In a case concerning heat exchangers in 2016, the Federal Court of Justice defined an exception to the rule that an injunction must be granted automatically in case of a conviction for patent infringement in Germany (case ID: X ZR 114/13). According to the exception, if an injunction represents disproportionate hardship for the infringer, the judges may refrain from granting one.

As a patent attorney explains, the German government is implementing the Federal Court of Justice’s ruling on heat exchangers.

In its reasoning, the government points out that this rule is too-rarely applied by the German patent courts. Therefore, with the new addition to paragraph 139, it wants to clarify that the enforcement of an injunction is disproportionate in exceptional cases.

What at first appears to be a small addition could have serious consequences. The addition is very general. It does not contain any concrete specifications as to what is an individual case and what is disproportionate. This gives patent judges a great deal of discretion, experts told JUVE Patent. The parties in the infringement cases could exploit this for their own purposes.

Large parts of the German patent community recently spoke out against an amendment to paragraph 139. Representatives of German car and mobile phone companies, however, had spoken out in favour. It would see a considerable softening against the background of rising connectivity and smart products.

Given the increasing connectivity of cars, this is of crucial importance to the automotive industry. It has long called for a softening of the injunction due to concerns that SEP holders could paralyse manufacturing.

The current draft is just the beginning of the legislative process. It serves as a foundation for public discussion between the Ministry of Justice and experts. Before the law goes to parliament, it must be agreed with other ministries. It must then pass through the cabinet. This is not the final word on the automatic injunction.