JUVE Patent News & Stories Legal Commentary “An Australian patent is a start. But Dabus needs the EPO to succeed”
Opinion

“An Australian patent is a start. But Dabus needs the EPO to succeed”

A breakthrough has emerged in the ongoing Dabus debate. The South African patent office, as well as the Federal Court of Australia, have accepted that an AI system can be designated as an inventor on a patent application. But the importance of this decision will be in the subsequent reaction of the global community of patent offices. Dabus still requires strong international outfits, such as the EPO, to recognise its autonomy before any substantial changes to global patent laws are likely. 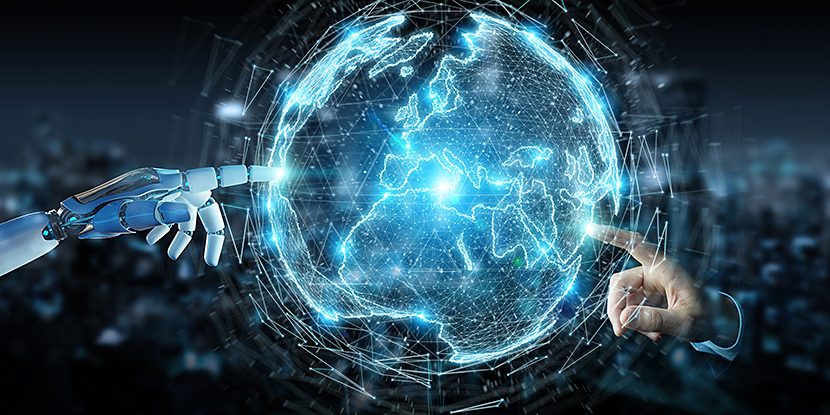 Recent decisions on AI patenting from Australia and South Africa are important for Dabus. But the AI sytem still requires solid recognition from offices such as the EPO to succeed in its mission ©sdecoret/ADOBE STOCK

When Stephen Thaler filed the first applications designating an AI system, known as Dabus, as the inventor of two patents, it set off a chain of activity in global patent offices. The invention simulates independent thinking and creativity, which according to the inventor it can apply to the creation of inventions.

Last month, the UK Court of Appeal examined whether the AI system owner Stephen Thaler is entitled to the grant of the patents based on Dabus not being a ‘natural person’. Now, after years of struggle, a breakthrough has emerged elsewhere in the world.

South Africa’s patent office determined that an AI system can be named as an inventor on a patent application. This was the first time a patent office has handed down such a decision. In some corners, the AI-oriented patent attorney community reacted with excitement. Then the Federal Court of Australia delivered a similar verdict.

The decisions, and especially Australia’s recognition of Dabus, lend credence to the development of a globally-patentable AI system. But Dabus requires the capitulation of other, stronger, patent courts to have a fighting chance of lasting global recognition.

A dream of Dabus

Three leading patent-granting centres, the UK Intellectual Property Office, the US Patent and Trademark Office and the European Patent Office, had already rejected the Dabus patent applications. All three stated that an inventor must be a ‘natural person’; all three contended that, as an AI system created by a human, Dabus does not fit this description. However, the latest decisions coming from the South African and Australian courts state the contrary.

However, the win in South Africa is not as strong as it first appears. Globally, patent attorneys have criticized the decision for myriad reasons. The patent office, the CIPC, does not require a patent which originates from an international PCT application to be examined in order to be granted. Instead, the office relies on its filing procedure. This lack of examination means the patent is potentially easily subject to opposition proceedings. Furthermore, patent laws in South Africa do not define the ‘inventor’, which some critics say led to an easy win for the country’s patent office.

Indeed, without the Federal Court of Australia handing down a similar decision days later, the news from South Africa would potentially hold less weight and importance for future implications of AI patenting.

Australia backs it up

On 30 July 2021, the Federal Court of Australia handed down a similar decision, overturning a previous ruling from the Deputy Commissioner. At the appeal stage, the court came to a reasoned judgment that AI is eligible to be designated as a patent inventor. However, in line with previous judgments in the UK and at the EPO, presiding judge Jonathan Beach also decreed that a non-human inventor cannot be the applicant nor grantee of a patent. As such, a ‘natural human’ – such as Stephen Thaler – must be the applicant or grantee.

Compared to the judgment from South Africa, this is a more significant milestone in global patent courts’ recognition of AI systems as inventors. The relative strength of the Federal Court of Australia, and its relative global weight in terms of acceptance of patent decisions, prompted the global patent community to take notice. In terms of examining inventorship and ownership, the judge has certainly set a precedent for future machine learning cases.

However, the judgment applies only to AI-filed patents in Australia. Now the onus is on other courts, significantly the EPO and UKIPO, to develop an AI patenting policy more aligned with modern patenting standards.

The recent hearing at the UK Court of Appeal was another chance for the parties to persuade judges that it could name an AI system as the inventor behind a patent. Statistically speaking, it is unlikely that the second-instance UK court will retract the High Court’s, and previously the UKIPO’s, previous contention.

An upcoming Dabus appeal at the EPO is scheduled for 21 December 2021. Previously, the office had already nailed their colours to the mast. Given the latest developments, it seems likely that moral and philosophical questions regarding the patentability of AI, such as damage liability and social responsibility, will arise.

Furthermore, the EPO is widely regarded as one of the most authoritative patent bodies in the world. A win for Thaler here would provide an excellent springboard in achieving the goal of a globally-patentable AI system.

But nothing is certain. These decisions from South Africa and Australia mark an important shift in the narrative around machine learning, and the narrative communicated by patent courts concerning AI. These could be a catalyst for Dabus – and a catalyst for change in global AI patent laws.