The UK High Court has rejected an appeal on AI inventorship in the next stage of the ongoing debate around AI system Dabus. The judgment states an artificial intelligence system cannot be an inventor, upholding a decision by the UKIPO. But there is room for future development in the understanding of AI patentability. 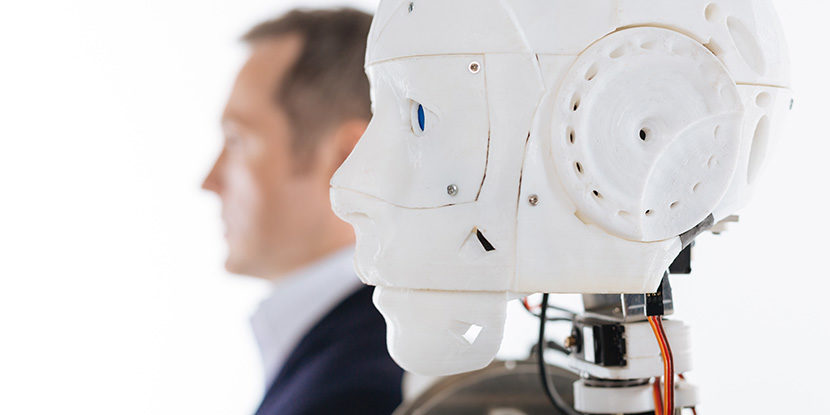 The UK High Court rejected an appeal against a UKIPO decision, stating AI system Dabus is not eligible to be named as an inventor. But the defendants can appeal the decision ©Viacheslav Iakobchuk/ADOBE STOCK

The UK High Court has upheld a 2019 UK Intellectual Property Office decision which stated that an inventor can only be a ‘natural person’, and not a machine. The court heard the appeal, filed by its creator Stephen Thaler, in July 2020. Now the UKIPO, European Patent Office and United States Patent and Trademark Office have aligned their views.

Thaler was able to appeal the verdict, and now the UK Court of Appeal has granted permission to appeal under CPR 52.6(1)(b). This is on the basis that the principle at stake is an important one. The party must file a formal appeal by 18 December 2020. According to JUVE Patent information, an appeal hearing is likely to take place in March 2021.

The UKIPO examined both Dabus patent applications for the UK. The two patents, EP 35 64 144 and EP 35 63 896, concern a fractal beverage container and fractal light signals respectively. Stephen Thaler, a doctor of physics, created the AI which produced the patents. Its name, ‘Dabus,’ stands for ‘device for the autonomous bootstrapping of unified sentience’. The UKIPO had accepted Dabus as devising the inventions, but decided the two patents did not meet the criteria for patentability based on Dabus not being a ‘natural person’.

Furthermore, the office said that Thaler is not entitled to apply for a patent based on the ownership of Dabus. The UKIPO decided that ultimately the Patents Act 1997 prohibits the granting of the two patents since Dabus is a machine and not a ‘natural person’.

Subsequently Thaler appealed the UKIPO’s conclusions to the UK High Court. The hearing took place in July in London. If the UK patent courts had granted the appeal and designated Dabus as the inventor, the UK applications should have passed. Thus, the UKIPO could have granted the patents. However, Thaler may now make a further appeal, given the outcome of 22 September. The case is still pending in other jurisdictions globally.

On the other hand, the judge did not entirely dismiss a future re-examination of the patenting of AI. Smith said that his judgment did not mean Dabus itself was incapable of developing a creative concept, accepting that Dabus did ‘invent’ the technology behind the patents. However, going back to the Patents Act 1977, Dabus would have to be named as a person for the patents to be granted in its name.

In January 2020, the EPO refused two patent applications on the grounds that the application listed Dabus, and not a human, as the inventor. The decision is based on Article 81 and Rule 19(1) of the European Patent Convention. Thaler also submitted applications to the United States Patent and Trademark Office (USPTO) and the UK. Both offices also rejected them on the basis of the named inventor.

In its original decision, the EPO considered that interpretation of the European patent system framework led to the conclusion that the inventor of a patent must be a natural person. According to the EPO, this is internationally applicable.

The office argues that various courts have handed down judgments to this effect, and that designating a machine inventor with a name ‘does not satisfy the requirements of the European Patent Convention.’ The inventor has also appealed the EPO decision.

What’s next for Dabus

At government level, developments are crucial in setting a precedent for future inventions. Furthermore, the UKIPO has now launched a call for view on patenting and AI. The outcome of the consultation, which closes on 30 November 2020, could see parliament revisit the disputed concept of patenting AI. Indeed, a change in view could fundamentally impact the development of future patent law.

This article was updated on 16.12.2020 to reflect the latest developments in the Court of Appeal appeal process.