Win for Flexicare and Hogan Lovells in respiratory machine dispute 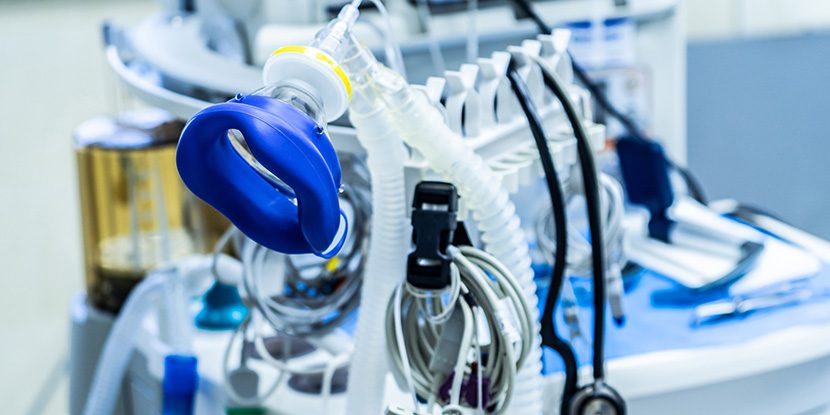 In an ongoing series of proceedings, Flexicare has won a validity decision against Fisher & Paykel at the German Federal Patent Court over respiratory machines ©Vadim/ADOBE STOCK

Fisher & Paykel manufactures accessories for respiratory machines, including hoses and humidifiers. Recently, due to the coronavirus pandemic, the demand for ventilators has grown. The New Zealand-based company claimed a competing product sold by UK-based Flexicare Group infringed EP 2 025 359 B1.

The patent, which is owned by Fisher & Paykel, protects a hose system used in products for ventilators.

In summer 2019, Fisher & Paykel filed a suit against Flexicare’s German distributor Medisize at the Regional Court Düsseldorf for cease and desist, information, rendering of accounts and damages, as well as recall and destruction (case ID: 4c O 43/19). In August 2020, the court found that the defendant had infringed Fisher & Paykel’s patent.

At the same time, Fisher & Paykel applied for an injunction, also at the Regional Court Düsseldorf, against British parent company Flexicare to prevent it from offering its products on the German market (case ID: 4c O 38/20). The court upheld the suit.

However, due to an insufficient bank guarantee, the injunction could not be effectively enforced. In March 2021, Flexicare successfully had the injunction lifted.

At the end of 2020, in the parallel proceedings in the UK, the High Court came to a similar decision as the Düsseldorf Regional Court. Presiding judge Richard Meade ruled that Flexicare infringed Fisher & Paykel’s valid EP 359. As the defendant did not lodge an appeal, the UK case is now over.

In Germany, the disputed patent expired in May 2021. Therefore, the parties are arguing solely over possible damages. The path to the German market is now clear for Flexicare’s products.

Despite all previous decisions, and the patent already surviving a 2014 opposition suit filed by Swiss company Intersurgical at the EPO, the German Federal Patent Court found the patent null and void (6 Ni 62/19).

It is not yet clear whether Fisher & Paykel will appeal the ruling. Since many of the previous rulings are in their favour, this seems to be the next logical step.

Ultimately, the question is whether Fisher & Paykel will receive damages for the time that Flexicare products were distributed on the German market, or Flexicare for the time it was not allowed to distribute in Germany due to the patent dispute.

Strong from the beginning

Both teams have acted for their respective clients since the dispute began.

Fisher & Paykel relied on a mixed team from Bird & Bird, with Munich partner and patent attorney Daniela Kinkeldey taking the lead in the nullity suit. Düsseldorf partner Oliver Jüngst advised on the infringement case. Bird & Bird is also representing Fisher & Paykel in the parallel case against Flexicare in the UK.

The Flexicare Group retained Hogan Lovells in the German proceedings. The law firm has advised various Flexicare subsidiaries in the past both in and out of court. Young Düsseldorf partner Henrik Lehment handled the defence of the German distributor Medisize, as well as its parent company Flexicare, in the preliminary injunction proceedings.

Alexander Klicznik, a partner qualified as both a lawyer and European patent attorney, provided the technical advice. He also took the lead in the nullity suit.