TSMC and Quinn Emanuel strike back against Globalfoundries

Taiwan Semiconductor Manufacturing Company has sued competitor Globalfoundries in Germany, Singapore and the US for infringing a total of 25 patents. In this global patent dispute over computer chips, manufacturers are gearing up for a fight. 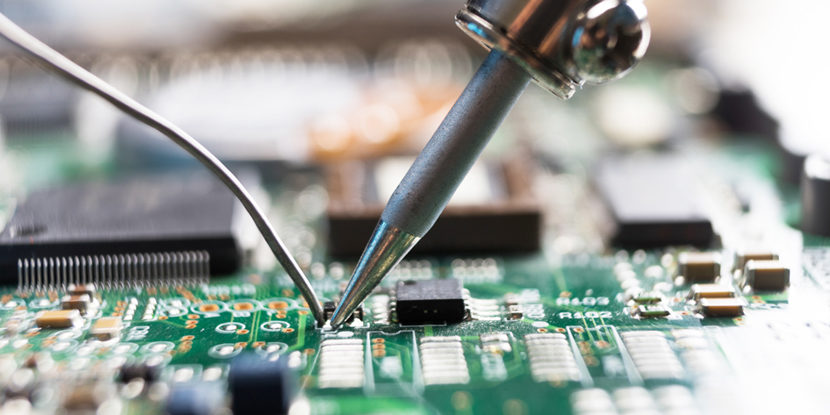 Following an announcement two weeks ago, Taiwan Semiconductor Manufacturing Company (TSMC) has filed lawsuits against Globalfoundries in the US, Germany and Singapore. TSMC is suing Globalfoundries over claims that it continues to infringe 25 patents with its 40nm, 28nm, 22nm, 14nm, and 12nm node processes.

Globalfoundries had previously sued TSMC over 16 patents. TSMC is requesting injunctions to stop Globalfoundries’ manufacture and sale of the infringing semiconductor products. Furthermore, TSMC is seeking substantial damages from its competitor.

JUVE Patent has learned that TSMC is suing at the Regional Courts Munich and Mannheim. The chip manufacturer claims that four patents have been infringed. It is enforcing all four patents in Mannheim, and two patents in Munich.

It is unknown precisely which patents are subject to dispute. The courts are in the process of serving the suits to Globalfoundries. However, JUVE Patent has learned that both Mannheim patent chambers will hear the cases. In Munich, both cases will be heard by the 21st Civil Chamber.

According to industry media, TSMC is the world’s largest contract manufacturer of chips. It owns over 37,000 patents. TSMC announced that Globalfoundries’ products affect the manufacturing processes for chip structures of 40, 28, 22, 14 and 12 nanometers. This is said to include FinFET transistor designs, multiple exposure methods and gate structures.

The dispute started at the end of August. And not only is TSMC suing Globalfoundries. The US chip manufacturer also filed suits against TSMC, and 19 of its major customers and downstream electronics companies in the US and Germany. The list of defendants includes such prominent names as Apple, Broadcom, Cisco, Google, Motorola, Nvidia and Qualcomm.

The US lawsuits are mainly directed against TSMC. However, in Düsseldorf, Globalfoundries is suing Apple’s US parent company and Qualcomm over three patents.

Similarly, in Mannheim, Globalfoundries has filed suits against Apple’s German distributor over three patents and EBV Elektronik over two patents. EBV is a German wholesaler of electronic components and a subsidiary of Avnet.

In total, ten patents are now in dispute between the two competitors at German courts.

TSMC has not yet appeared before German courts in patent litigation. The chip manufacturer, however, has now assumed the lead role in the dispute with Globalfoundries. This is both in its counterstrike and on the defendant side in the lawsuits brought by the US chip manufacturer.

In Germany, TSMC relies on Quinn Emanuel Urquhart & Sullivan. The firm works on such cases without the involvement of external patent attorneys.

The team around Marcus Grosch has much experience in representing chip manufacturers. Previously, Qualcomm, who is also a party to Globalfoundries’ lawsuits, has relied on Quinn Emanuel. An example is in the extensive battle over chips in older iPhone models.

As in the TSMC case, Quinn Emanuel represents the main defendant rather than core client Qualcomm.

Parties in the proceedings

It recently became public that Qualcomm is represented by Oliver Jüngst from Bird & Bird in the Düsseldorf case. It is Jüngst’s first time advising the semiconductor manufacturer. As well as Qualcomm, Jüngst advises EBV Elektronik at the court in Mannheim. EBV Elektronik is another defendant in the Globalfoundries case.

Apple is the third defendant in the Globalfoundries claims. The tech giant has appointed Hogan Lovells partner Andreas von Falck as lead council in the Düsseldorf claims.

A Munich team led by Dietrich Kamlah of Taylor Wessing represented Globalfoundries in its active claims at the German courts. Patent attorney Joel Nägerl from Zimmermann & Partner is working alongside Kamlah on the cases.

If Taylor Wessing and Zimmermann & Partner are acting for Globalfoundries to defend against the claims by TSMC is unknown.

TSMC is represented in the US by Quinn Emanuel and Fish & Richardson, as well as Shaw Keller.