Yesterday, Apple and Qualcomm announced the dismissal of all litigation worldwide. The Higher Regional Court Munich stopped the enforcement of an injunction awarded before Christmas on older iPhones in Germany (case ID: 6 U 4653/18 and 6 U 4654/18). Whether this, or a further patent case before the San Diego District Court, led to the settlement is unclear. 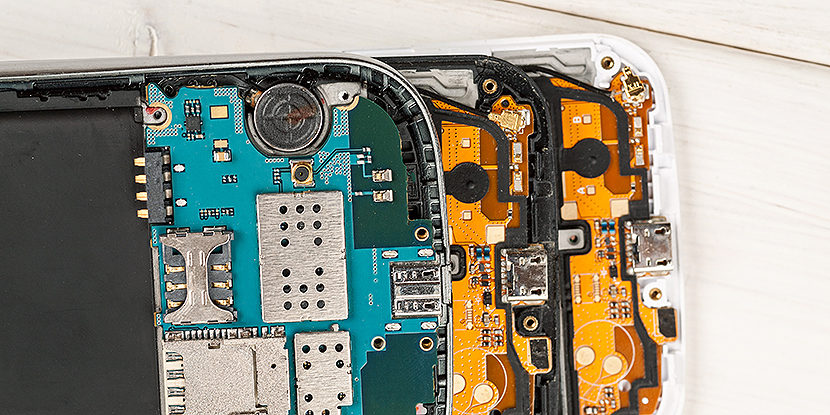 The settlement will end all patent litigation between the two adversaries. It also includes a payment from Apple to Qualcomm. According to a press release from Apple, the companies have also reached a six-year licence agreement, effective from 1 April, including a two-year option to extend and a multiyear chipset supply agreement.

It is unclear whether the settlement also affects the nullity suits Intel brought on its own behalf against Qualcomm in the course of the dispute. Intel had supplied chips for Apple devices which were attacked by Qualcomm in several countries, including Germany.

According to IAM Magazine, shortly after the settlement between Apple and Qualcomm became public, Intel confirmed its intention to pull out of the 5G phone business.

Chip supplier Qualcomm has won the race for the iPhone.

The settlement came as a surprise on the second day of a key trial between the two parties, and Apple’s suppliers in San Diego. According to media reports, the focus here is on antitrust law and FRAND issues, in particular the cost of licence fees.

Apple claims Qualcomm’s licence fees are too high and thus hindering competition. Qualcomm, on the other hand, argues that Apple used Qualcomm technologies in its devices without a licence.

Foxconn, Wistron, Pegatron and Compal, all manufacturers for Apple, stopped making payments to Qualcomm in 2017. This resulted in the chip company losing around seven billion dollars in revenue.

Moreover, it is likely that the dispute between Qualcomm and Apple is around the future standard 5G. Qualcomm has been instrumental in its development. Industry analysts repeatedly suggest that without Qualcomm chips, Apple cannot offer 5G mobile devices.

The proceedings in San Diego were scheduled to last up to five weeks. The fact that Apple CEO Tim Cook and Qualcomm CEO Steve Mollenkopf were summoned as witnesses in the trial is likely to have increased pressure to settle the dispute quickly.

Two judgments from the Regional Court Munich (case IDs: 7 O 10495 and 10496/17) had also caused considerable furore in the course of the proceedings. The court found Apple guilty of patent infringement before Christmas and banned sales of older iPhones. As a result of Qualcomm enforcing the judgments, the models iPhone 7 and 8 were no longer available in Germany.

Apple appealed immediately, requesting that the Higher Regional Court cease enforcement. However, the court took around three and a half months to reach its decision. On 9 April the patent senate under presiding judge Konrad Retzer decided to cease enforcement. Yesterday, the parties received the verdict.

The court has not yet confirmed the judgment. But JUVE Patent understands the enforcement was overturned mainly for formal reasons, for example that the Regional Court should have considered Apple’s arguments more closely.

The Higher Regional Court did not comment on whether the Qualcomm patents were infringed by Apple. This issue would have been clarified in the main trial. Nevertheless, Apple had installed Qualcomm chips in the iPhone models affected by the sales ban.

The current decision from the Higher Regional Court Munich probably came too late to have a decisive influence on the settlement. It would not have been very beneficial to Qualcomm. On the other hand, the German proceedings as a whole may have been an important piece of the puzzle in the settlement negotiations.

Quinn Emanuel advised Qualcomm in the dispute with Apple from the beginning, winning the judgment of the Regional Court Munich that led to the sales ban. As ever, the firm did not work with external patent attorneys.

In this particular dispute, Hoyng ROKH Monegier partner Klaus Haft was active for Apple. The IP boutique is likely to have come into play primarily through its long-standing relationship with Intel.

Also acting for Apple in parallel disputes against Qualcomm was Freshfields Burckhaus Deringer with Düsseldorf partners Frank-Erich Hufnagel and Wolrad Prinz zu Waldeck, as well as the patent attorneys of Samson & Partner. Both firms are core advisors for the company in Germany.