The UK High Court has delivered its first judgment in a pan-European dispute regarding technology for heart valve patents. The judgment, part of the ongoing litigation between Edwards Lifesciences and Meril Life Sciences, could pave the way for the introduction of Meril’s heart valves in the UK market. 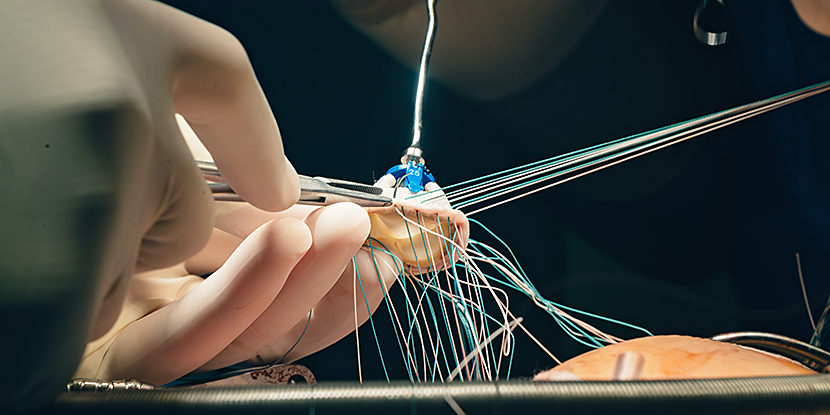 Edwards Lifesciences and Meril Life Sciences are fighting over five heart valve patents in total. The parties have settled a dispute over a sixth patent, EP (UK) 2 736 457. The current proceedings cover EP (UK) 1 267 753, which protects a minimally-invasive heart valve, and EP (UK) 3 494 929, which relates to a delivery system for transcatheter heart valves. Both patents claim priority from US filings.

US company Edwards is accusing Meril of infringing both patents with its heart valve MyVal, and its delivery system technology Navigator. In 2019, Edwards filed infringement suits at the UK High Court (case IDs: HP-2019-000026, HP-2019-000003). Indian competitor Meril responded to the accusations with counterclaims for revocation of both patents, for lack of inventive step.

The UK High Court agreed with claim 1, of infringement for EP 753, but also declared claim 1 invalid for obviousness. Now Meril might be able to enter the UK market. In the original suit, Edwards named three separate claims of the patent as infringed. However, in a summary the company reduced the accusation of three patent claims to one. In EP 753, Meril then limited its nullity suit to the same patent claim.

Regarding EP 929, Edwards found nine claims in the patent infringed by Meril. Although presiding judge Colin Birss declared claims 1 and 2 of the patent invalid, his ruling found that Meril infringed the patent in other, still valid, patent claims. Therefore, to enter the UK market, Meril must use another transcatheter heart valve delivery system which does not infringe the valid claims of EP 929.

The proceeding is the first of three infringement proceedings between the two parties. All concern heart valve technology in the UK. The UK courts scheduled two further proceedings for summer 2021. Furthermore, Meril is advancing a public interest defence. The court has scheduled the public interest issue for autumn 2021. Additionally, the opponents are involved in disputes in Germany, France, Italy and Denmark.

The judgment on heart valve patents was handed down by Colin Birss, recently appointed by the UK judiciary to the Court of Appeal. Observers expect Birss to see his current cases through to the end at the High Court during a transitional period, as Richard Arnold – also at the Court of Appeal – did before him. For example, Birss will preside over the Court of Order hearing on the current ruling scheduled for this month.

Edward Lifescience hired its go-to firm Powell Gilbert, which represents the US medical technology company in various patent disputes. Name partner Tim Powell also advised the client in proceedings against Boston Scientific, until the two parties reached an agreement in early 2019. The team also worked for Edwards Lifescience in the dispute with Abbott, although the dispute is now settled.

Indian medical technology company Meril hired the team around Kirkland & Ellis partners Katie Coltart and Daniel Lim for its first patent dispute in Europe. Kirkland & Ellis qualified for the work with a pitch. For Meril, Kirkland partners with Hogan Lovells in Germany and Italy. The involved law firms are Gide Loyrette Nouel in France and Gorrissen Federspiel in Denmark.

The proceedings were the first in a pan-European dispute covering Germany, France, Italy and Denmark, among other countries. National Bird & Bird teams advise Edwards Lifesciences in most markets. In Denmark, the US company is represented by full-service firm Bech Bruun.

Update: Earlier this year, Meril Life Sciences decided not to launch its MyVal heart valve device in the UK. Edwards Lifesciences then sought an injunction against Meril, as well as submitting infringement claims against the remaining four patents, which Meril resisted.

A court order hearing, presided over by Richard Meade, found no formal infringement finding on the part of Meril. However, the court did find that, should Meril launch its product in future, the court will assume infringement by Meril of Edwards’ patents.

As such, the court has vacated both trials covering the four remaining patents in April and July, as well as its public interest defence, which was scheduled for October 2021. Appeal proceedings concerning EP 929 are still pending.

This article was updated on 04.05.2021 to reflect the latest developments in the case.