MPEG LA has filed a lawsuit against former pool member Samsung at the Regional Court Düsseldorf for infringing HEVC patents. Samsung was a member of the MPEG LA patent pool until 2020, but it has since joined rival pool Access Advance. 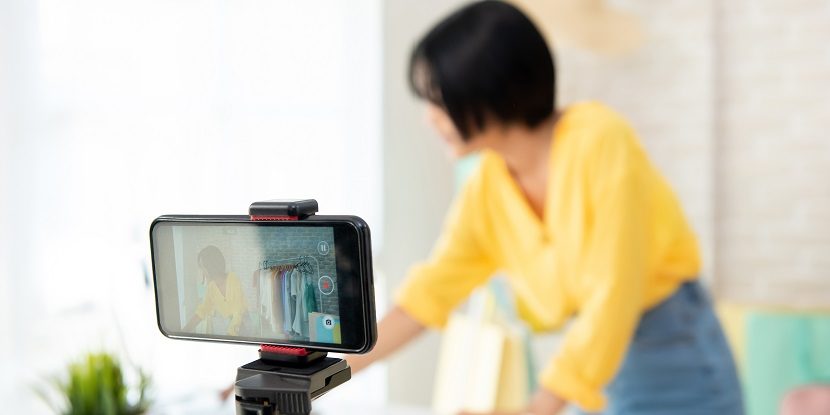 The Regional Court Düsseldorf is the next setting for a dispute between MPEG LA and Samsung, with the patent pool accusing its former member of three counts of patent infringement ©Atstock Productions/ADOBE STOCK

MPEG LA is in dispute with its former pool member Samsung. The pool sued the mobile phone giant’s German subsidiary, Samsung Electronics GmbH, a few weeks ago at the Düsseldorf Regional Court. MPEG LA accuses the subsidiary of infringing three patents from its HEVC program. MPEG LA made the lawsuits public this week via press release.

According to MPEG LA, the patents in question are essential to the H.265 digital video coding standard. The technology is used in products that encode and decode video for internet, television and mobile transmission, reception and use.

As a result of the allegations, MPEG LA is seeking injunctions, monetary damages and expenses. Samsung has not yet commented. The patent pool has since served the lawsuit on Samsung’s German company.

A situation for Samsung

The lawsuit is likely to break new ground in antitrust law. According to JUVE Patent information, this is the first time a patent pool has filed suit against a former pool member. Until 2020, Samsung had both contributed its own patents to the pool and paid other pool members for the use of the patents. Therefore, the Korean company is well informed regarding the licensing conditions and practices of MPEG LA.

MPEG LA has a reputation for transparency. In recent years, the pool has repeatedly persuaded implementers such as Huawei, TCL and ZTE to conclude a licence agreement by filing lawsuits in Düsseldorf. The court always regarded the pool’s offers as compliant with FRAND. According to insiders, MPEG LA has not changed its licensing conditions.

In 2017, Samsung additionally joined rival pool Access Advanced, which has also maintained an HEVC licensing program since 2015. According to information from insiders, the monetary conditions are higher than those of MPEG LA.

However, in January 2022 the Regional Court Düsseldorf found member licenses owned by Access Advance for video content to be non-FRAND. The court rejected the request of two plaintiffs for injunctive relief in a video coding dispute between patent pool members and Vestel.

A case for key advisors

The MPEG LA patent pool has once more counted on the team around partner Axel Verhauwen from Krieger Mes, and patent attorney Gottfried Schüll from Cohausz & Florack. The advisors have worked together for the entire case.

Düsseldorf-based patent firm Cohausz & Florack has worked for MPEG LA’s members for many years. It is responsible for assessing the patents the organisation brings to the pool.

Both firms had already jointly handled the lawsuits against Huawei, ZTE and TCL. The latter dispute was successfully settled last September.

Like many Asian companies, Samsung has several advisors in Europe. Although Hoyng ROKH Monegier has not made frequent public appearances for the mobile phone giant, the IP boutique is one of the firm’s long-standing regular counsel.

Düsseldorf Regional Court has now confirmed the firm’s instruction for the dispute against MPEG LA. The case once again underlines Hoyng ROKH Monegier’s new strategy of capturing clients in the mobile communications sector. The long-standing advisor to SEP owner Nokia has recently appeared exclusively on the side of implementers such as Apple, Huawei, Lenovo and now Samsung. The defence of Samsung as ex-licensee of MPEG LA will be a tough patent and antitrust case for Hoyng ROKH Monegier.

Samsung has also worked intensively with Rospatt Osten Pross in Germany for many years in mobile phone proceedings. For example, the firm is currently representing the company in lawsuits brought by the FIPA patent pool. Allen & Overy and Taylor Wessing are also conducting proceedings on other technologies for Samsung.

It would be a surprise if Samsung were to instruct anyone other than Joel Nägerl of Zimmermann & Partner to handle the technical issues. He holds a key position in advising the Korean company on German patent litigation.

MPEG LA lawyer Axel Verhauwen also has a history with Samsung. Around 2012, he represented the company in a dispute with Apple. Samsung’s conduct in the German lawsuits at the time led to a less-than-favourable statement of objections from the European Commission.

The statement opposed the so-called Orangebook case law of the German Federal Court of Justice. This triggered, among other things, a CJEU referral in Huawei vs. ZTE a few months later. However, Verhauwen has not advised Samsung in recent years.