Non-practising entity IPCom has scored a significant win in the UK. After the UK Court of Appeal found in 2017 that HTC infringed IPCom's 100A patent, IPCom now claims tests show HTC's handsets do not feature the approved workaround. The ongoing patent dispute has now led HTC to suspend the sale of all phones in the UK. 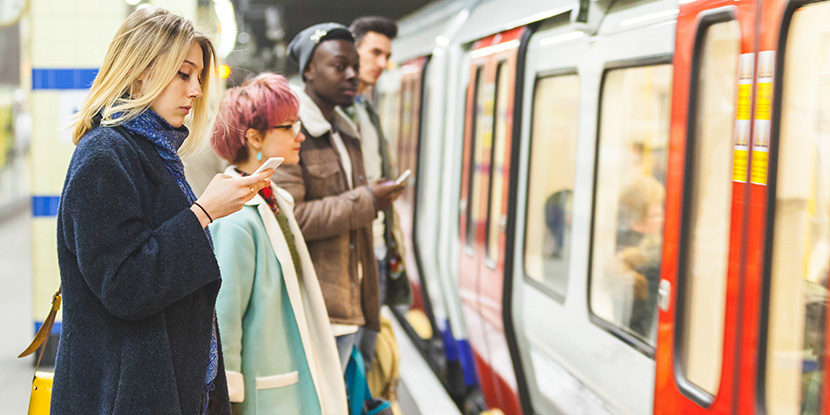 Due to a patent dispute HTC has stopped all sales of its handsets in the UK, including its latest Desire 12 model ©william87/ADOBE STOCK

The suspension marks an important win for IPCom, which is also suing Vodafone and Xiaomi in the UK for patent infringement. HTC’s online store currently lists all of its models as “out of stock”, despite the fact they remain available in other nations. The suspension also includes HTC’s recently launched Desire 12 handset.

An HTC spokeswoman said, “As a leading innovator, HTC takes intellectual property issues very seriously. We are proactively investigating an infringement claim by a third party with respect to a single handset model. Out of an abundance of caution, we have temporarily stopped sales of other HTC smartphones in the UK while we verify that all handsets have the required workaround. We will take the necessary steps to resume sales in due course.”

The move follows a 2017 ruling (case ID: A3 2015 1954)by the UK Court of Appeal in which the Taiwanese Company was found to have infringed IPCom’s best-known patent 100A. EP 1 841 268 (UK) is a standard essential patent and protects a technology which governs how a handset connects to a network while prioritising emergency calls. It is considered the jewel in the crown of IPCom’s portfolio.

In the first instance the UK High Court had found the patent valid but not infringed (case ID: HP 2011 000001). The court also approved a workaround that the Court of Appeal has now confirmed. As a result of the High Court judgment, HTC had agreed to sell only mobiles that implemented the workaround.

Now the Taiwanese company was forced to take the drastic step after the NPE carried out tests on HTC handsets in its German R&D lab earlier this year. In a press release IPCom said that HTC had not implemented the workaround in its current Desire 12 model.

IPCom’s Managing Director, Pio Suh, said, “Since HTC had still not obtained a licence, we asserted that HTC was still infringing the patent.”

He added, “After failing to take out a FRAND licence for the patent and stalling negotiations for over a decade, HTC displayed further disregard for the law by contravening a UK court ruling.”

IPCom has now requested that the London Patent Court review whether HTC was in breach of the conditions. This may have significantly increased the pressure on the Taiwanese phone company. The two opponents are likely now in the throes of negotiating a license agreement.

In 2017, the Boards of Appeal maintained the 100A patent in the final instance. Since then, IPCom has been enforcing it more vigorously.

Indeed, IPCom is also enforcing the patent against HTC in Germany. The NPE successfully took action against retailers of HTC handsets at the Regional and Higher Regional Court in Munich. The retailers have lodged an appeal at the German Federal Court of Justice. So far, a judgment in this case is not in sight.

In addition, IPCom filed suits against Nokia in Mannheim, accusing the Finnish phone company of also infringing its 100A patent. The Regional Court Mannheim and the Higher Regional Court Karlsruhe dismissed the cases, however.

According to IPCom, it is also in ongoing negotiations with Xiaomi. The NPE claims it has offered the Chinese company a licence on FRAND terms.

Xiaomi recently launched its flagship Mi Mix 3 mobile handset in the UK, which IPCom claims also utilises the patent. As a result, IPCom has filed a complaint at the High Court. IPCom is seeking damages against the Chinese phone giant unless it enters into a reasonable licence agreement.

Furthermore, IPCom has also filed suits against Vodafone, Apple and Ericsson in London. The High Court will hear the Vodafone case this coming November and in May 2020. The FRAND trial will take place in June next year.

IPCom is also suing Vodafone and Apple in Germany. However, most infringement proceedings are suspended pending validity. Judgments are not expected in the German cases in the near future.

It is public knowledge that IPCom continues to rely on core advisor Myles Jelf, partner at the London office of Bristows.

Munich patent attorney David Molnia from df-mp Dörries Frank-Molnia & Pohlman is responsible for the technical aspects of the cross-border dispute. He has advised on some of the patents since their application. He also fended off the attacks on the 100A patent.

In terms of litigators, IPCom initially retained Hengeler Mueller for the 100A patent (EP 1 841 268) litigation series in Germany. The disputes in Germany reached a peak in February 2014 with IPCom’s sensational €1.6 billion damages claim against Apple failing before Mannheim Regional Court.

In proceedings at the EPO, HTC has cooperated from the beginning with the patent attorneys of Wagner & Geyer. In Germany, a team from Hogan Lovells was also regularly involved as litigator. According to sources, Hogan Lovells is advising HTC in the UK as well. The firm is also active for Vodafone on both sides of the English Channel.