Next week, the London High Court will hear a lawsuit brought by IPCom against Vodafone. Things had calmed down since the success of IPCom's 100a patent. Observers speculate that this is because many disputes in the patent family brought no resounding success for the non-practicing entity. 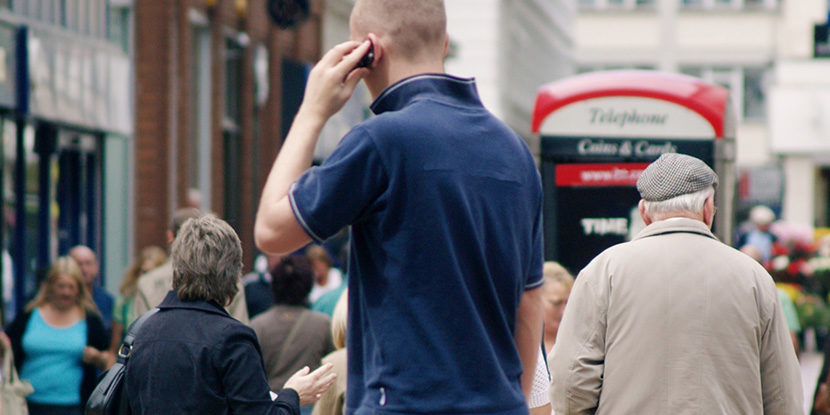 The IPCom lawsuit concerns several telecommunications patents, some of which are regarded as standard essential. The patents contain a technology that regulates the order of forwarded incoming calls in the event of network congestion. For example, emergency calls have priority.

The patent EP 1 018 849, or Bosch 173, has played an important role in past telecommunications standards. However, disputes over this patent have already been heard at the Supreme Court in London. It is therefore unlikely that any new opposition proceedings will begin in earnest.

The German Federal Court of Justice heard a suit over this FRAND-relevant patent in January 2015 and maintained it with limited scope of protection.

The patent EP 2 579 666 is also part of the lawsuit in London. Apple, Vodafone, Ericsson and HTC have all filed oppositions. The oral hearing at the EPO is scheduled for 24 to 26 September 2019.

Proceedings against patent EP 2 378 7 5, which belongs to NPE IPCom, are currently stayed. The patent protects a technology for operating a mobile phone network. It was granted, despite an objection on the grounds of lack of clarity. There is no validity challenge.

However, in the course of the proceedings, patent attorney Hans-Dieter Jostarndt requested that an oral hearing scheduled for 25 January be moved to the seat of the EPO in Munich because “Haar is obviously not intended in the EPC as a place for acts and negotiations”.

The complaint against Vodafone was only filed at the end of February 2019. But the time frame is contingent on how long EPO proceedings are stayed in light of the challenge against the validity of Haar as a location for patent negotiation. As a preliminary opposition produced a result favourable to both parties, any ongoing issue regarding added matter will be heard at the EPO. A challenge on the grounds of validity may also be launched.

According to JUVE sources, two lawsuits are still pending in the complex in Germany. Both are currently suspended.

IPCom continues to rely on core advisor Myles Jelf, partner at the London office of Bristows, and patent attorney David Molnia from df-mp Dörries Frank-Molnia & Pohlman in Munich. The latter has advised on some of the patents since their application. Sophie Lawrance from Bristows is said to be also involved in the FRAND issues.

In addition, the law firm of IPCom’s CEO Bernhard Frohwitter has always played a role in the disputes. Frohwitter and his firm managed the patent portfolio in dispute at Bosch before it was acquired by IPCom in 2007.

On the lawyer side, IPCom initially retained Hengeler Mueller for the 100a patent (EP 1 841 268) litigation series in Germany. But the NPE also frequently retains Marcus Grosch of Quinn Emanuel Urquhart Sullivan, as well as Krieger Mes Graf v. der Groeben. The disputes in Germany reached a peak in February 2014, with IPCom’s sensational €1.6 billion damage claim against Apple failing before Mannheim Regional Court.

In proceedings at the EPO, HTC has cooperated from the beginning with the patent attorneys of Wagner & Geyer. In Germany, a team from Hogan Lovells was also regularly involved on the lawyer’s side. According to sources, Hogan Lovells is advising Vodafone.

Apple and Ericsson have used the same lawyers and attorneys since the first proceedings. It is therefore likely that they will represent the companies in the EPO hearing in September.