US paper manufacturer Schweitzer-Mauduit and competitor Julius Glatz have been engaged in a bitter fight over patents for cigarette papers since 2015. Now, the Federal Court of Justice has nullified the disputed patent for good. The decision also turns the tide in a pending action for damages. 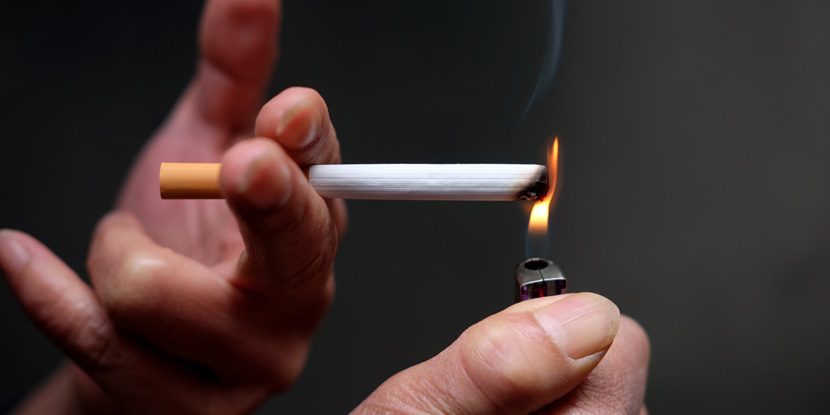 The German Federal Court of Justice has nullified a large part of EP 840, owned by Schweitzer-Mauduit. This effectively concludes the company's long-running dispute against Julius Glatz over cigarette papers ©Wirestock/ADOBE STOCK

US patent holder Schweitzer-Mauduit and German special paper manufacturer Julius Glatz fought bitterly through all instances up until the end. The recent decision by the German Federal Court of Justice, which nullified a large part of the disputed patent (case ID: X ZR 26/20) has ended proceedings for now. However, there remains the matter of damages to be settled.

Schweitzer-Mauduit’s patent EP 1 482 815 protects a paper with reduced ignition proclivity characteristics used for manufacturing cigarettes. The LIP papers (low ignition propensity paper) are treated with film-forming solutions, which makes them less permeable to oxygen. As such, the embers inside the cigarette cannot easily spread to any material it may be lying on. This is to prevent fires caused by dropped or discarded cigarettes.

Under fire from the start

From early on, EP 815 came under fire. There are only a few players in the market for LIP papers. Three of them – Delfort, Miquel y Costas & Miquel, and Societe Papeterie Leman – filed an EPO opposition in 2009, shortly after the EPO granted EP 815. However, Julius Glatz only joined the appeal proceedings later on in 2015.

Shortly beforehand, Schweitzer-Mauduit had sued the company in Germany for infringement. The US manufacturer believed the Julius Glatz’s Cigla brand cigarette papers infringed its patent.

In autumn 2017, Julius Glatz filed a nullity suit in Germany (4 Ni 84/17). In October 2019, the Federal Patent Court nullified the German part of EP 815 in the parts relevant to the infringement proceedings running in parallel due to lack of inventive step. The patent holder appealed the decision (X ZR 26/20). The Federal Court of Justice recently confirmed the first-instance ruling at the end of September.

This also pulls the rug out from under Schweitzer-Mauduit’s pending action for damages.

In the parallel infringement proceedings, Schweitzer-Mauduit was initially unsuccessful with a motion for a preliminary injunction in Düsseldorf in both instances. However, in the main proceedings, the patent holder prevailed in both the first and second instance. Both courts found that Julius Glatz had infringed EP 815.

The defendant then filed an appeal against the denial of leave to appeal against the decision of the Higher Regional Court Düsseldorf. This is currently suspended (BGH X ZR 147/17). However, the claimant enforced the judgment. As such, Julius Glatz had to stop its production of the disputed cigarette papers, including closing production facilities and laying off employees.

Simultaneously, Schweitzer-Mauduit filed an action for damages at the Regional Court Düsseldorf (case ID: 4b O 143/18). The court set the amount to be paid by Julius Glatz at around 17 million euros. The German manufacturer and its subsidiary LIPtec responded with a counterclaim. They used the Federal Patent Court’s nullity ruling, which had since been passed and had destroyed the patent in the first instance, as an argument.

Now that the Federal Court of Justice has also nullified the patent in the parts relevant to the dispute, the question of damages arises again with the roles reversed. After all, Julius Glatz stopped the production of its disputed Cigla brand cigarette papers and closed its production facilities.

According to the counterclaim, the company is demanding almost 40 million euros from Schweitzer-Mauduit.

Firstly, in the parallel infringement proceedings, Bernhard Arnold and Cordula Schumacher from Düsseldorf boutique Arnold Ruess represented the German paper manufacturer. Düsseldorf litigator Axel Verhauwen from Krieger Mes then took over litigation in the action for damages. This was Verhauwen’s first time working for the client; he called in Christian Rohnke, a lawyer well-known for litigating at the Federal Court of Justice, for these proceedings.

Help from all sides

Schweitzer-Mauduit relied on litigator Marcus Grosch from Quinn Emanuel Urquhart & Sullivan. The renowned lawyer already represented the patent holder in the EPO opposition appeal proceedings, as well as in the German nullity suit up to the Federal Court of Justice. At the same time, Grosch worked for its Luxembourg subsidiary SWM in the infringement proceedings.

Patent attorney firm Canzler & Bergmeier from Ingolstadt was responsible for filing the patent. During the opposition suit, Martin Weber, then a patent attorney at Jones Day in Munich, initially took on the litigation for Schweitzer-Mauduit. A team of Jones Day lawyers represented the client in the injunction proceedings in Düsseldorf against Julius Glatz.

Marcus Grosch, who had already assisted in the injunction proceedings, then took over the helm in both the main proceedings on the issue of infringement, and the appeal before the Technical Boards of Appeal.

Quinn Emanuel frequently litigates in all proceedings in major patent disputes. This includes both in the civil courts and in the Federal Patent Court and the EPO. Marcus Grosch is particularly well known for his all-round litigation for Qualcomm, Google, BASF and Daimler.