Hopes dwindle for peaceful settlement between Nokia and Daimler

The mediation process between Nokia and Daimler, and Daimler's suppliers, has ended without a concrete result. This was confirmed yesterday, although it has long been subject to speculation. The connected cars battle is once again focused on patent cases.

Nokia and Daimler confirm its mediation talks have ended, albeit without a concrete result ©neirfy/ADOBE STOCK

Yesterday, several parties confirmed to JUVE Patent mediation has ended between Nokia and Daimler, as well as the latter’s suppliers. The suppliers include Robert Bosch, Bury Technologies, Continental, Harman Becker, TomTom and Valeo subsidiary Peiker. Last year, Margrethe Vestager, EU Commissioner for Competition and Digital Affairs, requested a concrete result. However this is not the case.

The mediation is part of the major dispute between Nokia and Daimler concerning the use of mobile phone standards in the telematics units of Daimler cars. The fight over connected cars patents broke out in March 2019, following Nokia’s refusal to grant a licence to Daimler’s suppliers. The refusal was claimed by Daimler to constitute an abuse of a dominant position regarding patents for the mobile phone standards 3G and LTE. As a result, the company filed an antitrust complaint with the European Commission. Daimler wants the commission to clarify whether the patents are essential for connected cars at all.

Then, Nokia filed a suit against Daimler at three German patent courts over ten standard essential patents (SEPs). Nokia belongs to the patent pool Avanci, which specialises in licensing SEPs for smart products, especially connected cars. A single injunction for patent infringement could work as motivation for the car maker to find a compromise.

But in early December 2019, the case took a new turn. Under gentle, informal pressure from EU Commissioner Margrethe Vestager, Nokia offered Daimler and its suppliers the chance to undergo mediation.

In January, reports emerged that the mediation had failed. The opposing parties did not confirm the proceedings. However, Daimler supplier Continental has now issued a statement.

“Continental still does not have a direct licence for Nokia’s SEPs for telecommunications standards such as 3G and 4G. This is not satisfactory for Continental,” a spokesperson said. “Continental will therefore continue to require Nokia and other SEP holders to comply with their legal obligation to license their SEPs on FRAND terms. In the course of this, Continental will also determinedly pursue its complaint with the EU Commission.”

The Continental spokesperson said, “Nokia only wants to licence its SEPs to car manufacturers and refuses to grant corresponding licences to automotive suppliers like Continental.” They add, “In this way, Nokia is preventing important innovations in the field of networking for smarter, safer and more sustainable mobility. European future markets in the automotive industry and the Internet of Things in general will also be damaged by this.”

Take it to Texas 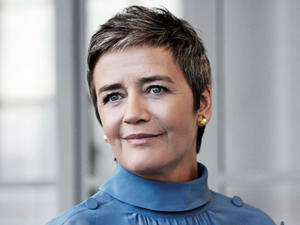 Furthermore, Continental announced that it will continue to pursue the case before the US District Court for the Northern District of Texas. Here Continental had sued Nokia, among others, for the granting of an SEP licence on FRAND terms in return for payment of a fee determined by the court.

At the same time, Continental wants to continue to support its customers in their defence against SEP holders. This probably refers to the patent lawsuits filed by Avanci pool members Nokia, Sharp and Conversant in German patent courts. All the suits are directed against Daimler. Here, the co-litigants are the same connectivity module manufacturers.

Yeterday, sources close to Nokia confirmed to JUVE Patent that the mediation process was at an end.

“Our door remains open for constructive dialogue with all parties aimed at finding a definitive and amicable solution. We believe there is more to gain if we work together,” says a Nokia spokesperson. “Nokia has continually made fair offers for licensing, providing a range of flexible approaches – direct to automakers, to tier-1 suppliers and through collective licensing pools alongside other players in the industry.”

“Nokia has made several fair settlement offers to both Daimler and its tier-1 suppliers including Continental, but unfortunately those offers have been rejected.”

Coronavirus could be advantageous

The mediation process has failed, which means the ball is once again in the EU Commission’s court. The Commission will have to decide whether to take up Daimler’s complaint and initiate official proceedings against Nokia for abuse of its SEPs.

It is understood that the Commission wanted to avoid this at all costs by pushing the rivals into the mediation.

It is likely that Nokia will try to prevent the complaint from going ahead under all circumstances. Here, the coronavirus crisis may an advantage here. It usually takes many months before the Commission initiates such proceedings. At the moment, it is likely to have more urgent matters to deal with than abuse proceedings, given the dramatic effects of coronavirus in Europe.

The coronavirus crisis has already had a direct impact on the disputes between Nokia and Daimler. Mannheim Regional Court has postponed one of two hearings scheduled for this week due to the virus, according to reports from Foss Patent. The other was rescheduled due to procedural reasons.

Observers are now looking to the Regional Court Munich. On 9 April, the court will issue a verdict in a hearing (case ID: 7 O 3890/19) which observers say went well for Nokia. How the Munich judges will decide, and whether this date will also fall victim to the coronavirus crisis, is currently unclear.

One thing is certain, however. The first round of the dispute between Nokia and Daimler went to the car manufacturer. In mid-February the Regional Court Mannheim dismissed Nokia’s first suit against Daimler (case ID: 2 O 35-19).