Nokia has filed an infringement suit against automotive corporation Daimler over 3G and 4G mobile communication standards. The war over connected car patents is in full swing - and the main battle ground is Germany. 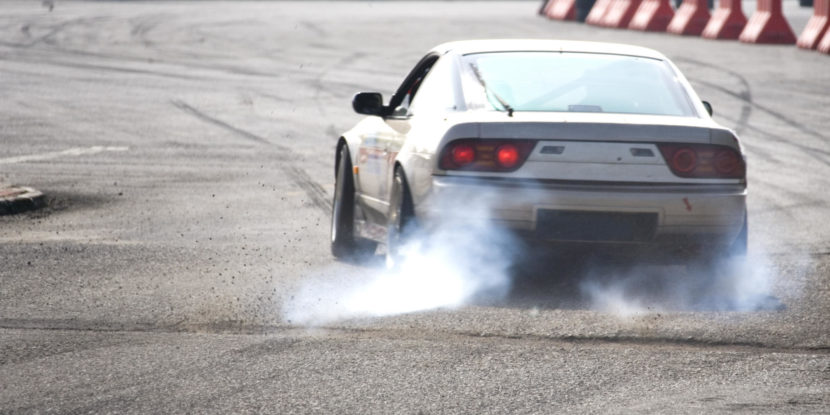 Disputes over connected cars is the next big thing in the patent field. A closer look at events over the last three weeks shows that the battle between the owners of GSM and UMTS patents, and the automotive industry, is already in full swing.

The latest development in autonomous driving is a new series of lawsuits brought by Nokia against Daimler for 3G and 4G patents.

According to sources, Nokia has filed ten patent lawsuits at the regional courts of Düsseldorf, Mannheim and Munich. The Finnish company accuses Daimler of infringing its standard essential patents, and is demanding damages and the rendering of accounts. It is likely an injunction claim was waived in light of how CJEU case law on SEPs is interpreted by the German patent courts.

The lawsuits are still fresh, with some yet to be served to Daimler. In such cases, German courts do not comment in detail on lawsuits. Nokia and Daimler also declined to confirm the suits. However, for some time there has been market rumours that licence negotiations between the car manufacturer and the mobile phone company are facing difficulties. A conflict is said to be brewing. The suppliers of the corresponding components are also alarmed.

So far, it seems the negotiations have been unsuccessful. It is not only a question of determining the licence fee, but also whether the licence covers the car manufacture suppliers.

Nokia could achieve its current goal of persuading Daimler to conclude a licence in two ways. Either the negotiations could be conducted under its own support, or under the umbrella of patent pool Avanci. Avanci’s rules provide for both possibilities.

Large-scale technology companies such as Qualcomm, Ericsson, Siemens and ZTE have signed up to Avanci as licensors, as have NPEs Unwired Planet and Conversant. An Avanci licence would thus give Daimler access to a much larger pool of licences important for autonomous driving.

The lawsuits are no surprise. News agency Reuters reported two weeks ago that Daimler had lodged a complaint with the European Commission against Nokia’s behaviour concerning its SEPs. Daimler has now confirmed this.

A Daimler spokesperson said, “We want clarification on how essential patents for telecommunications standards are to be licensed in the automotive industry.” According to the car manufacturer, Nokia has so far refused to directly licence Daimler’s suppliers.

“Fair and non-discriminatory access to these standards for all users of the essential patents for telecommunications standards is a key prerequisite for the development of new products and services for connected driving,” the spokesperson added.

According to Reuters, Nokia responded that, “Daimler’s allegations in its complaint are simply the latest in a long series of actions to avoid taking a licence.” A Nokia spokesman said, “Though we offer a wide range of options for automakers, including through their tier 1 suppliers, Daimler has resisted taking a licence to the Nokia inventions it is already using.”

Daimler in the crosshair

Nokia’s lawsuits are probably the most extensive. However, it is not the first series of lawsuits involving connected car patents faced by the Stuttgart-based Daimler. In March it become known that Broadcom has filed suits against Daimler and BMW at the Regional Court Mannheim.

Originally, the chip manufacturer sued Daimler for infringement of a patent. In the meantime, JUVE Patent learned that three more lawsuits have been filed. Suppliers also play an important role here.

According to JUVE Patent information, some suppliers, including Texas Instruments, have joined the dispute as co-litigants.

Daimler has retained Quinn Emanuel frontman Marcus Grosch for the Broadcom case. It is very likely that Grosch will represent the company in the proceedings with Nokia. The US firm usually handles such lawsuits without the assistance of patent attorneys.

Nokia filed the lawsuits with Arnold Ruess. The Düsseldorf IP firm has worked for Nokia for some time, for example in the dispute with Blackberry, settled at the end of 2018. Nokia also cooperates with Bird & Bird for infringement suits in Germany, while Hoyng ROKH Monegier has also been active for the company.

The lawsuits against Daimler came to light only a few days after it was reported that Porsche and Audi had signed a licence agreement with Avanci. Parent company VW is apparently still negotiating with Avanci. Previously, BMW was the only automotive company to take a licence from the patent pool.

Nokia patents are said to have played an important role in Avanci’s negotiations with the VW group. It is not known whether the suits against Daimler concern these same patents.

Experts consider it unlikely that Nokia and Daimler will reach an agreement quickly. However, the agreement between Audi, Porsche and Avanci significantly weakens Daimler’s position. If Daimler and VW also take an Avanci licence, all major German carmakers would have licences for the pool’s connected car patents. If this is the case, SEP holders will move on to other countries – and French car manufactures are most likely to be their next target.

Carmakers such as Peugeot and Citroen are long since on their radar. Even in London, companies seem to be gearing up for the first lawsuits over connected car patents. “It’s foreseeable that major connected car cases will occur before British patent courts,” said well-known British judge Colin Birss, in a recent interview with JUVE Patent.